Jamie Schumacher left her position as the executive director of West Bank Business Association to move into another nonprofit role in the Twin Cities. 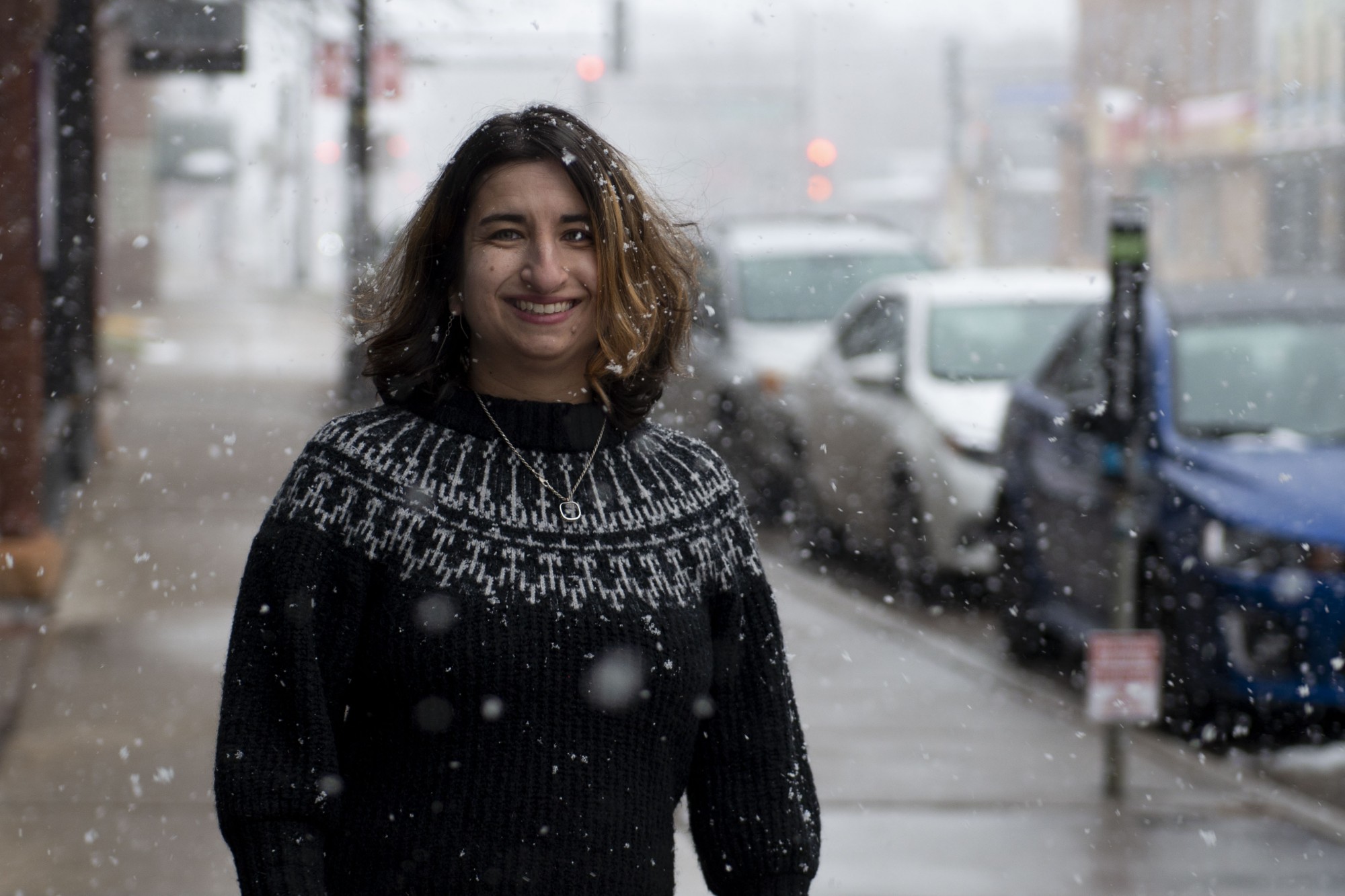 Former Executive Director of the West Bank Business Association Jamie Schumacher poses for a portrait in front of the WBBA flags in Cedar-Riverside on Monday, April 13.

Jamie Schumacher united Cedar-Riverside’s arts and culture with business and government as a leader of the West Bank Business Association.

The executive director of WBBA ended her tenure on Monday, but she will still be involved with the neighborhood. Those who worked closely with her said her holistic approach elevated businesses and relationships inside and outside the neighborhood.

WBBA consists of local business owners and helps to secure funding for community improvement and programming. Schumacher said she is helping WBBA with her transition out of the role.

“She didn’t try to approach business vitality and business district health from a singular lens,” said Rebecca Parrell, a project supervisor with the city of Minneapolis who administers grants for businesses and neighborhoods. “Jamie is someone who is very dedicated to all aspects of community health and economic health and personal health.”

Schumacher was like a neighborhood representative in different conversations with city leadership, said Merrie Benasutti, coordinator for community partnerships with the University of Minnesota.

“Over the nine years during her time, she’s really grown into that,” said Benasutti, who has been involved with the University and West Bank for about 12 years.

Schumacher was a key driver behind Cedar-Riverside’s designation as a cultural district. She will continue working with cultural districts in her new position as an associate program officer of creative placemaking and lending at the nonprofit Local Initiatives Support Corporation.

During contentious discussions about the Africa Village redevelopment, Schumacher made recommendations to the city on behalf of concerned business owners. She was also a pivotal voice during the planning of the Green Line.

Minneapolis has long been entangled in conversations about gentrification and neighborhood change, but Schumacher said it has played out differently in Cedar-Riverside.

The neighborhood has retained its cultural vibrancy, but it has also lost many historical music institutions along the way, like the Triple Rock Social Club and the 400 Bar.

“We’re still seeing the retention of a cultural district, but the fabric is different,” Schumacher said. “So how do we continue a change that has some positives while also retaining some of the music culture, the creative culture, that was a part of the economic and historical fabric of the neighborhood?”

Schumacher spearheaded creative placemaking in her role. Creative placemaking is about finding unique ways of drawing people to a place, like the mural Schumacher painted at Keefer Court, a homage to the family-owned Chinese bakery. She also used events like the night market or the West Bank Music Festival to draw traffic to the area.

“For me, creative placemaking is about having that event or that space represent the people in the community that it serves,” Schumacher said.

Schumacher also tapped University students to help with neighborhood projects. Depending on their discipline area, students have tackled various projects from creating a Cedar-Riverside walking tour to crafting a marketing plan connecting the University to the neighborhood.

As a University alum, she said these connections have been a priority and a joy.

Pastor Jane Buckley-Farlee has been at Trinity Lutheran Congregation in Cedar-Riverside since 1996. She said WBBA has been stronger and more organized under Schumacher’s leadership.

“When she worked to strengthen the businesses and the association, that was with the goal of making the whole neighborhood stronger,” Buckley-Farlee said. “And some of the events that she pulled together, I think helped the neighborhood feel good about itself and brought people together in a new way.”