A sole proprietor is looking to buy the former Minnesota Geological Survey building. 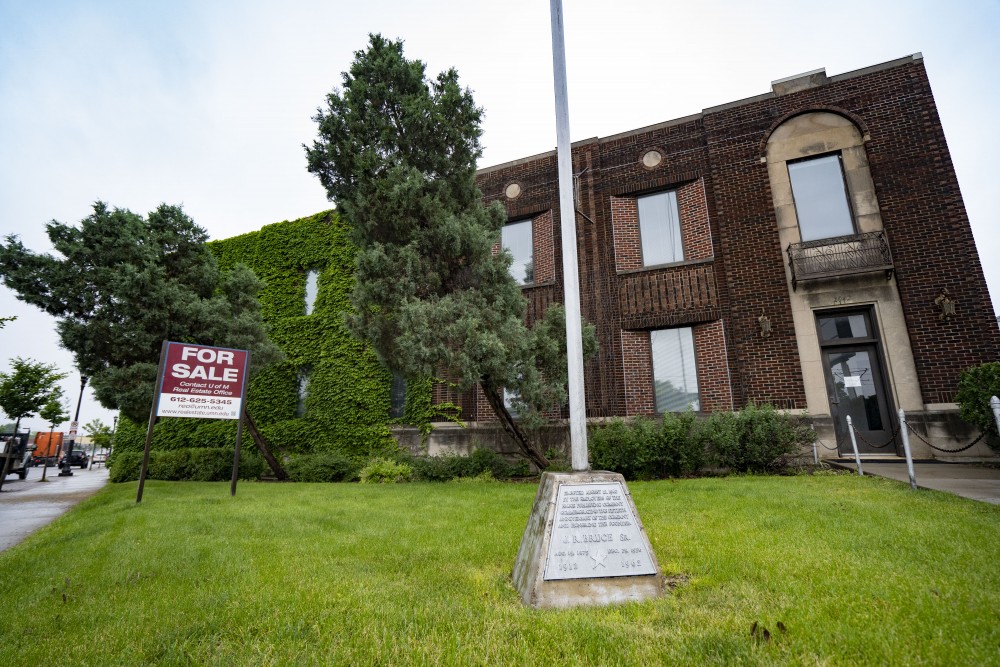 The Minnesota Geological Survey Building as seen on University Avenue in Saint Paul on Monday, June 24.

A Prospect Park proprietor aims to use a long-vacant University of Minnesota building to encourage small business involvement in the neighborhood.

Pete Degan has put a $1.8 million offer on the former Minnesota Geological Survey building, which he hopes to convert into a creative workspace for small businesses that cannot afford expensive rents. The Board of Regents will vote on the offer in July.

“I have seen lots of artist buildings, lots of housing, and retail and office buildings,” Degan said in an email to the Minnesota Daily. “But not much available for the gutter repair guy.”

The building borders Prospect Park at 2642 University Ave. in St. Paul and has been vacant since 2015.

Degan, who has lived in the area for 50 years, said shops and industrial space are often turned into parking lots or housing or are otherwise altered due to campus expansion.

“People need places to live, and the University needs to update, but I think its left a lack of inner-city workspace,” he said.

Deferred maintenance issues, limited uses and its distance from campus led the University to put the property up for sale, said Leslie Krueger, assistant vice president of planning, space and real estate at the University. Krueger said the building will be attractive to businesses.

“Given the fact that it’s right on the light rail line, I think there’s a significant opportunity for it, and … [for] returning a property to the private sector.”

Degan plans to open the two-story building to renters who cannot usually afford high commercial prices downtown. This could include photographers, carpenters or even snowplow services.

“These are the kind of people that tie a neighborhood together,” he said.

For Prospect Park, both newer and long-time residents are excited for the increased space for smaller businesses, job creation opportunities and the greater community involvement the project could bring.

University student Carlie Mell, who lives in an apartment building in Prospect Park, said having a space like this can only add to the neighborhood’s draw.

“I am more excited to be living next to a place like that as opposed to just another apartment building,” she said.

Dick Gilyard, longtime Prospect Park resident, said he is glad someone is offering a platform for a diverse commercial landscape.

“It’s not a lot of space, but it is a very significant idea,” he said. “There’s a rich mix of different uses.” He described it as a “hub of innovation.”

Gilyard is a board member of the Towerside Innovation District, which includes a significant portion of Prospect Park. This special designation emphasizes innovation, collaboration among stakeholders, mixed-use development and accessible transit. Degan’s plans for the building are in line with that objective, Gilyard said.

“[That’s the kind of] atmosphere and collaborative environment I am trying to establish. It’s also nice to work around people you can ask for help,” Degan said in the email.

If approved, Degan said he plans to start improvements on the building in order to move tenants in by mid-July.