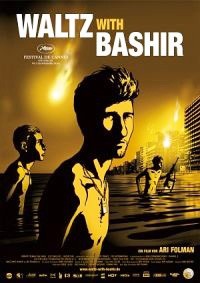 With no important events or holidays falling within its dates, the month of December seems to be a dreary, cheerless time, void of carols, nog-like drinks or religious significance. It is firmly situated between the ecstatic hope of Thanksgiving and the drunken reality of St. PatrickâÄôs Day. The month is, however, an important one for movies, and A&E has chosen a few to spread cheer and joy to this otherwise uneventful time of year. âÄúThe Brothers Bloom âÄú Directed by: Rian Johnson Starring: Adrien Brody, Rachel Weisz, Mark Ruffalo Rating: PG-13 Release Date: Dec. 19 (limited) Jan. 16 (wide) Rian JohnsonâÄôs follow up to his surprisingly clever 2005 neo-Noir sleeper hit âÄúBrick âÄú is stirring up a fair amount of buzz, if for nothing else because of its star-studded cast. The directorâÄôs sophomore effort, âÄúThe Brothers BloomâÄù has an estimated budget of $20 million, 40 times than that of his relatively thrifty âÄúBrickâÄù price tag of a mere 500 grand. Rachel Weisz, Adrien Brody, and Mark Ruffalo star in this heist film about a pair of con artists who attempt to swindle a beautiful heiress. The fact that Johnson wrote this film in addition to directing it is reason enough to check it out, but if you need more convincing here it is: The film was shot in Serbia, Montenegro, Romania and Prague , a handful of exotically beautiful places nestled within the former eastern bloc, which will hopefully lend a visually stunning aesthetic. âÄúThe Curious Case of Benjamin ButtonâÄù Directed by: David Fincher Starring: Brad Pitt, Cate Blanchett, Tilda Swinton Rating: PG-13 Release Date: Dec. 25 âÄúThe Curious Case of Benjamin ButtonâÄù is a story that will draw a sizeable audience on the basis of its sheer absurdity. Based on a 1922 short story by F. Scott Fitzgerald , the film is set in New Orleans at the end of World War I. It follows Benjamin Button (Brad Pitt ), a man born extremely elderly who ages backwards through the course of his life. Director David Fincher and Pitt have teamed up once again, in this third installment of what we call âÄúBravid Pinchett.âÄù The success of their first two efforts together âÄî âÄúSevenâÄù and âÄúFight Club âÄú âÄî left many anticipating the new collaboration. With a screenplay by Veteran Eric Roth and the acting talents of Cate Blanchett and Taraji Henson , as well as a score from the acclaimed French composer Alexandre Desplat , âÄúBenjamin ButtonâÄù definitely has the capacity for greatness. âÄúWaltz with Bashir âÄú Directed by: Ari Folman Starring: Ron Ben-Yishai, Ronny Dayag, Ari Folman Rating: R Release Date: Dec. 25 In 2006, Ari Folman meets with a friend from his army service days in the Israel Defense Forces. The friend describes to him recurring nightmares connected to his experience in the 1982 Lebanon War. Folman is surprised to discover that he has no recollection of the period. ItâÄôs at this point that he forces himself to dig up his a horrific past through conversations with friends and others that experienced the Sabra and Shatila Massacres . âÄúWaltz with BashirâÄù is a rare thing, an autobiographical documentary made through a combination of flash, classic and 3-D animation. Written, produced, and directed by Ari Folman (also the protagonist), the film took home six awards from the Israeli Film Academy and was nominated for the Palme dâÄôOr at Cannes this year. Already in wide release internationally, this film has been hailed as a masterpiece globally and is definitely worth checking out. âÄúThe Spirit âÄú Directed by: Frank Miller Starring: Gabriel Macht, Scarlett Johansson, Samuel L. Jackson Rated: R Release Date: Dec. 25 âÄúSin CityâÄù-scribe Frank MillerâÄôs debut as a screenwriter and director will be (you guessed it) a film adaptation of a comic book. âÄúThe Spirit,âÄù based on the golden-era comic by Will Eisner , follows police officer Denny Colt (Gabriel Macht) who has returned from the grave to clean up the streets of Central City. The idea that comic book auteur Frank Miller has earned his filmic chops from the likes of Robert Rodriguez and Quentin Tarantino is intriguing enough. The fact âÄúThe SpiritâÄôsâÄù nemesis is none other than Samuel L. Jackson is merely the icing on the cake. Note: If you are going to this one on opening day, expect to get in line early as Miller has a larger cult following than L. Ron Hubbard .