The CEASE program would treat addiction like a contagious disease, attacking the root of the issue. 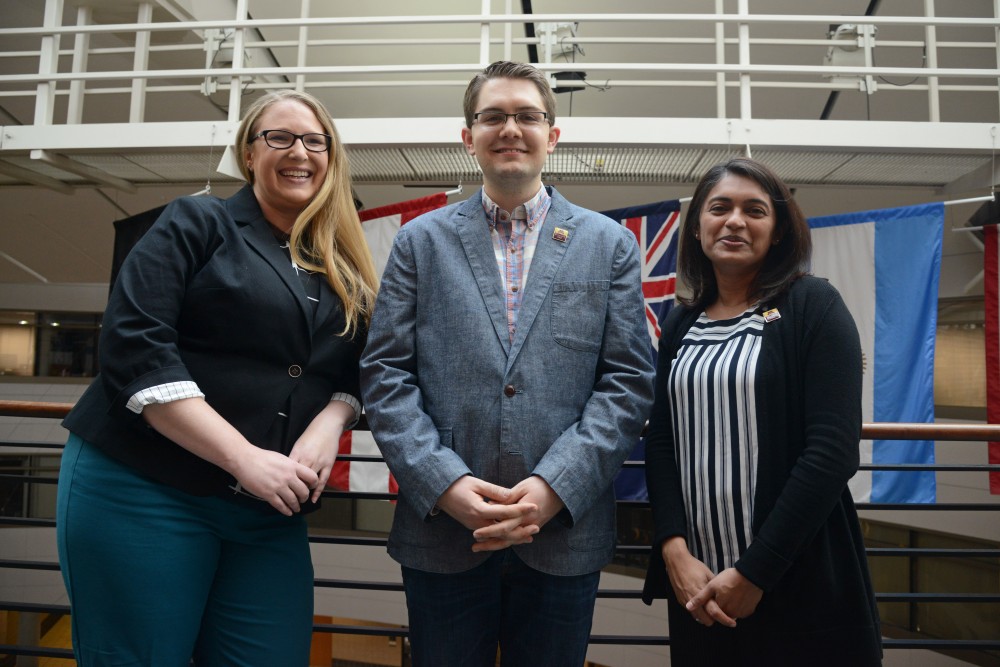 Elisha Friesema, Stephen Palmquist and Prachi Bawaskar pose for a portrait in Carlson School of Management on Tuesday, May 1.

A proposal created by three Carlson MBA students aims to combat the opioid epidemic in the Twin Cities area by treating the issue like a contagious disease rather than a criminal issue.

Elisha Friesema, Prachi Bawaskar and Stephen Palmquist created the award-winning proposal Community Empowerment to Address the Substance Use Epidemic, or CEASE, by modeling it after a program used in Chicago and other cities to curb gun violence.

The proposal was modeled after the Cure Violence program in Chicago, which similarly targets the root causes of gun violence through social aid.

“When it comes to doing anything related to social determinants of health, it’s so easy to throw up barriers for people,” Friesema said. “The moment you have to talk to two people instead of one, you’re going to lose … [to] a majority of people.”

Friesema said CEASE’s approach will help those struggling with addiction in the long-term, while incarceration doesn’t offer the needed sustained support.

“While they may have gone into remission [from drug dependency] during those couple of weeks that they were in prison or in a jail, it doesn’t give them that long-term solution or the support they need to make sure they stay in remission,” she said.

Palmquist said they looked at data from the Hennepin County Medical Examiner’s Office to determine the areas in the Twin Cities with the highest number of opioid-related deaths. He said affected areas in the city are very concentrated, similar to a disease outbreak.

“There’s actually entire zip codes where there’s not a single death all across the county in certain areas … so it’s just concentrated,” he said.

If the CEASE pilot is funded and implemented, it will address the 55404 zip code in Minneapolis. This region is one of the most highly affected areas of Minnesota and has the lowest life expectancy in the state by zip code, according to Palmquist. Neighborhoods in this area include Elliot Park, Phillips, Whittier and Seward.

The students purport that CEASE, once funded, would decrease opioid-related deaths in the targeted regions, resulting in over $1.9 billion in savings in the first year of implementation. The group is seeking funding from a variety of sources, including the Trump Administration.

The next step for the group is submitting the proposal to the Surgeon General and White House.

CEASE was presented in Hanson Hall last Wednesday, where Minneapolis Mayor Jacob Frey  spoke on opioid addiction in the city.

“The opioid epidemic is wreaking havoc on people and families across Minneapolis,” Frey said in a statement. “As Elisha, Prachi and Stephen have demonstrated with their innovative CEASE Model … students can be strong partners in this fight.”