Meet cancellations have made it tough to finalize rosters for the conference meet. 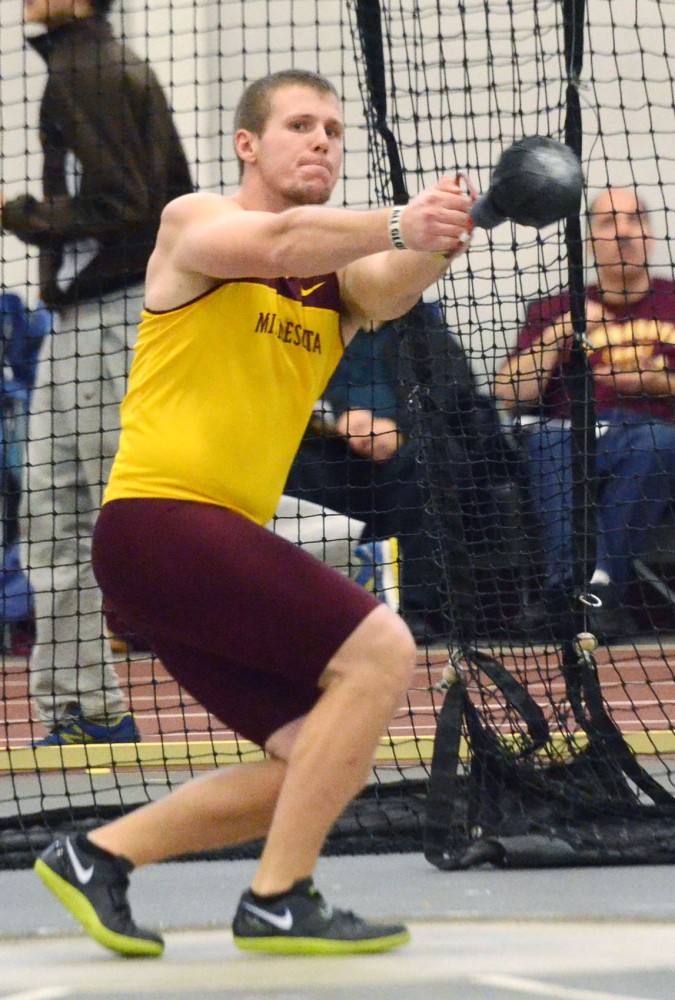 The Gophers men’s and women’s track and field teams scrambled to finalize their Big Ten outdoor championship rosters this weekend.

Both teams were scheduled to compete at a local meet Wednesday, but it was canceled due to weather. While two meets ran as planned this weekend, Wednesday’s cancellation delayed the roster announcements by several days.

“We wanted to obviously have that figured out by Wednesday night because then we’d have a whole week left before the actual departure to the [Big Ten] meet,” Hesser said. “That would make everybody’s lives a little easier … in terms of their preparation for the conference meet.”

Some athletes competed for Big Ten spots at the Hamline Meet of the UnSaintly on Friday and Saturday. Others had to prove themselves during time trials in practice late last week.

The Gophers have had to juggle indoor and outdoor training and competition this spring. Hesser called it one of the most challenging and frustrating springs for the team, but she said the athletes have not been fazed.

“For the most part, I’ve been super impressed with the girls just with how flexible they’ve been,” Hesser said. “They could definitely have let it throw them for a loop when things keep changing.”

While the men’s team also competed at the Hamline meet, most of its best results came at the NDSU Tune-Up meet in Fargo, N.D. The Gophers originally planned to compete at Northern Iowa, but they switched for better weather conditions.

Minnesota picked up five titles in North Dakota, with all but one coming from the throws group.

Sophomore Logan Connors led a top-three sweep in the javelin at 61.47 meters. Sophomore Mark Jennings placed first in the shot put with a toss of 17.73 meters.

Hegerle said this outdoor season has added the challenge of trying to work around the weather.

“You just really have to be flexible,” Hegerle said, “to be able to train when it’s nice and not have to stick to a schedule.”

“We have to make [Big Ten roster] decisions on less-than-perfect information,” Plasencia said. “One of my concerns is, if we’re coming out of 40-, 50-degree weather and all of a sudden we get to Ohio State — I saw a prediction in the 80s — that’s a worry for me.”