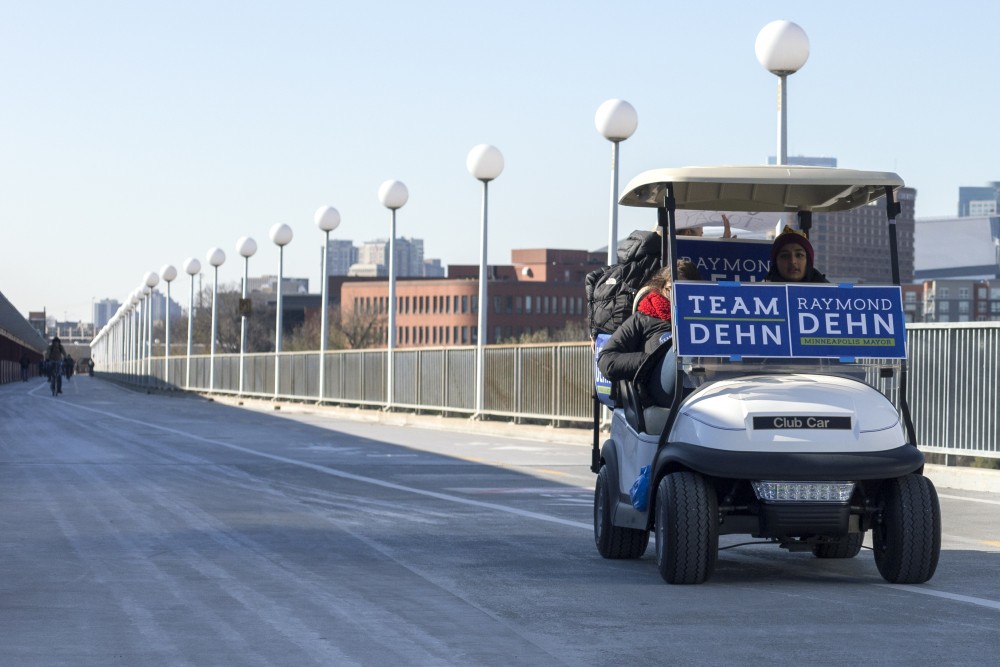 Dehn channeled student support throughout his campaign, helping him to a second-place finish in the Minneapolis mayoral election last week. Dehn and supporters hope the campaign will have a lasting effect on student engagement and political involvement.

“I think clearly there are going to be many students who were disappointed with the outcome of the election,” Dehn said. “But in the end, I believe that getting students engaged isn’t about one election but about creating a movement where they play a significant role.”

“As someone who’s still paying off his student loans, as the father of a University of Minnesota student, I think speaks to why he was able to harness an energy. He has listened to youth and shown up for our issues,” Stangler said.

Stangler credited the increased turnout to student groups and organizers, as well as having a candidate that advocated for them.

Sonia Neculescu is the co-founder of Women for Political Change and was a campus co-director for Raymond Dehn for Minneapolis.

“I do agree that a lot of the foundation of what happened in 2017 was built up over the years, especially by student activism through other groups,” Neculescu said. “But I think these campaigns really capitalized on that and just activated students who were already interested and engaged.”

Along with Dehn, Neculescu also pointed out the work done by Ward 3 Minneapolis City Council candidates to engage students.

Ward 2 also saw an increase in turnout in several precincts, despite not having a competitive city council race. Voter turnout increased by more than 12 percent from 2013 inWard 2’s fourth precinct, home to the Superblock freshman dorms.

“Those are a lot of first-year students who are probably voting for the first time, so that was really awesome to see,” Neculescu said.

Stangler said she is confident student engagement will continue beyond the election. She said Mayor-elect Jacob Frey will need to be held accountable for his campaign promises, including the issue of affordable housing in Dinkytown.

Dehn also hopes students stay engaged, not only with campaigning, but with crafting policies. He said he hopes more students will get involved at the state level.

“I’d love to see more students at the Capitol talking about these issues. We know that when people come to the capitol, more legislators listen,” Dehn said. “Of course we have another election right around the corner in 2018, so hopefully this is an involvement we’re going to see going forward with students.”