University under fire for treatment of sacred Indigenous garden, caretaker

When Cânté Sütá Francis Bettelyoun, the caretaker of the Native American Medicine Garden, did not get his contract renewed, many saw it as an attempt to erase Indigenous knowledge. 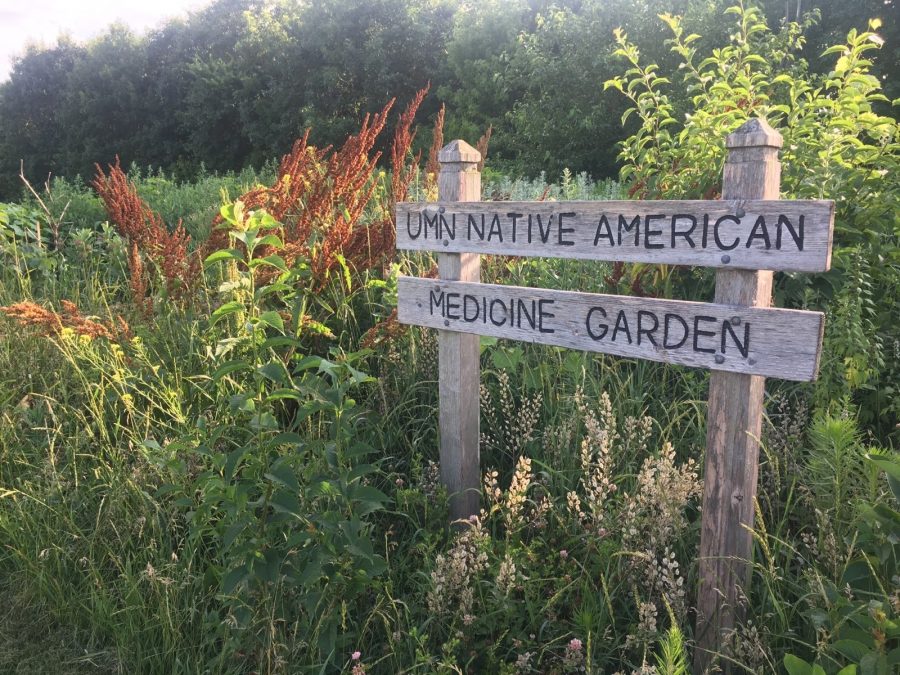 The University of Minnesota has come under fire regarding its treatment of the Native American Medicine Garden and its caretaker.

Hundreds of students, alumni and community members have rallied around Cânté Sütá Francis Bettelyoun, the longtime caretaker of the NAMG in St. Paul, after the College of Food, Agriculture and Natural Resource Sciences did not renew his contract.

Criticisms involve what community members called long-standing institutional racism and colonialist practices, as well as long-term abuse of the Garden and its caretakers. Bettelyoun said the abuse included pressures to provide certain services and programming without proper financial support from CFANS as well as constant threats to the existence of NAMG and his position.

”We are appalled and outraged by the decision of CFANS not to renew the contract of Cânté Sütá,” members of the Food, Environment and Agricultural Studies student group wrote to CFANS administration. “This decision sends the message that the University is committed to a position of continued violence against and erasure of Native communities and diverse ways of knowing.”

While CFANS administration did not directly comment on Bettelyoun’s contract nonrenewal, they did recognize his contributions in a statement to the Minnesota Daily.

“The founding and current coordinator and caretaker of the Garden, Cânté Sütá-Francis Bettelyoun, has created a living/learning Garden that upholds indigenous knowledge sharing and connection with the land,” wrote Brian Buhr, dean of CFANS, in an email.

The nonrenewal drew immediate criticism from Bettelyoun and the Garden’s current and former volunteers, who said the nonrenewal was disrespectful and ignorant of the space and Bettelyoun’s role in it.

Bettelyoun said the Garden is supposed to be a sacred space meant to heal the stolen land — something the University has not yet institutionally recognized. He said his role is more than just another University position and has deep spiritual and cultural significance. Bettelyoun added that the nonrenewal of his contract — and its significance — was one instance in a long list of abuses to Indigenous people, both historically and at the University.

Buhr later sent an all-college email updating students about CFANS’s goals for a spring 2021 “rebirth” of the Garden.

“We envision the NAMG as the centerpiece that ties existing and future programming together in a physical place on campus — a place committed to bridging Indigenous ways of knowing and connecting broadly and inclusively with all communities,” Buhr’s email read.

In the email, he said he discussed an initial plan for the Garden with CFANS director of diversity and inclusion, Jody Gray, who will engage with tribes around the state and University. The email never mentioned Bettelyoun or the plan he had presented to CFANS in August 2019, outlining a proposed 5-acre Indigenous Food System.

According to Bettelyoun, the University did not explain to him why the contract was not renewed.

Following a barrage of letters and petitions, Buhr offered Bettelyoun his renewed contract back on June 4, which included a list of terms and a three-day acceptance window, which was deemed necessary to adhere to University nonrenewal deadlines. Community members – including students, alumni, volunteers, staff and more – said this was a further insult to the sensitive nature of the situation, and on June 7, Buhr sent an email to Bettelyoun offering an extended window and more discussion regarding the terms of his renewal.

In a June 15 statement to the Minnesota Daily, Buhr said the Garden’s mission is at the center of the college’s planning, with an emphasis on education and honoring Indigenous food sovereignty. Buhr said the administration is seeking counsel from Indigenous people for ongoing work.

The statement reads that the college hopes to protect the Garden “for generations in recognition of its role in serving as a bridge to the Dakota community on whose ancestral lands the University of Minnesota currently resides.”

Bettelyoun said he will not be accepting the position with its current terms. He has requested a meeting with Buhr and University administration in an open forum with an Indigenous network about moving forward with NAMG. He has also demanded the University return Indigenous land, treat the land according to Dakota traditions, issue a public apology and conduct an analysis of support structures for Indigenous programs at the university.

“University culture is based on capitalism,” Bettelyoun wrote in a June 10 letter to administration. “Indigenous cultures are based on our connections to the land and to all other living beings. [University administration] may never understand the commitment I have to all our relations and my responsibility to them through our spiritual prophecies, so I will save those words. … I don’t do this work for the University of Minnesota, I do it for my people.”

The community continues to rally around Bettelyoun and the Garden with the most recent June 10 communal letter receiving 430 signatures as of Thursday.

Many people familiar with NAMG and CFANS said the administration has always been negligent of this space, which they say is symptomatic of systemic issues at the school.

Established in the early 2000s, the Garden was created by Bettelyoun’s wife, Dr. Barbara Graham-Bettelyoun. He assumed his position as caretaker in 2005 after Graham-Bettelyoun left due to facing what Francis and community members described as a pressure to assimilate and to share her knowledge from the Garden for University profit, which she resisted until her resignation from the position.

“What [Graham-Bettelyoun] had set up was, as director of Woodlands Wisdom, this convergence of some of the colleges that are on the St. Paul campus and beginning these conversations,” Bettleyoun said. “They wanted to put that into academia, forcing her into their situations, their meetings, their way of processing, their way of doing things rather than actually learning how we do that.”

Shortly after taking over, Bettelyoun looked for administrative support for NAMG under the Office of Equity and Diversity. There, he said he struggled with funding issues and an “abusive and hostile” environment for about eight years before moving “administrative homes” to CFANS, where he hoped to receive more support with funding and programming.

Soon after the move, Buhr became dean of the college, and almost immediately, Bettelyoun said he was met with challenges, including a severe lack of funding from CFANS, harassment by University parking authority and University police, communication issues, the commoditization of wild rice and lackluster support of the actual purpose of the space from administration.

“As long as the Garden has existed, it has been threatened,” wrote Bettelyoun in his first letter to the University. “[Graham-Bettelyoun] was constantly under attack to assimilate into the UMN’s culture. There was no support from the UMN.”

Bettelyoun said most members of University administration — including President Joan Gabel, Dean Buhr and past NAMG supervisors — have never set foot in the Garden. Buhr did not deny this in his communications with Bettelyoun or University stakeholders, and Gabel did not respond to a request for comment.

“For a very long time, we have dealt with this monologue,” Bettelyoun said. “We’ve always wanted to make it a conversation … because it’s time that [Indigenous] voices and others are leading these conversations instead of the other way around. They’ve done that for too long, and it needs to change. And I think that’s what, for me, needs to happen at the University of Minnesota and beyond.”