Sophomore April Bockin had her sixth goal of the season in the game. 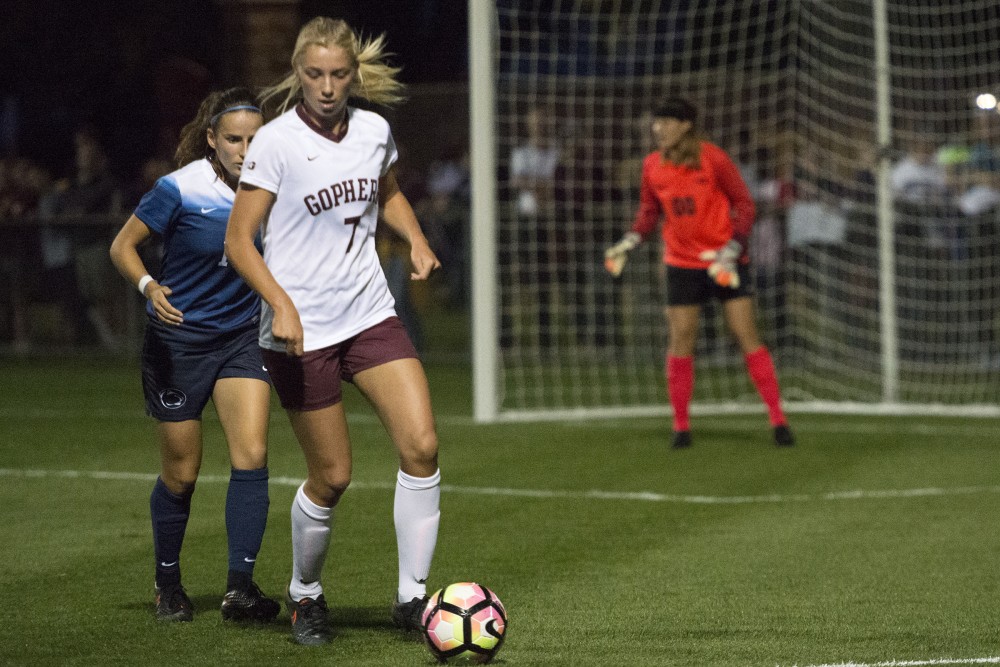 No. 9 Minnesota kept a clean sheet against Indiana to tally a 3-0 win in Bloomington, Ind. Friday. It was the team’s second Big Ten victory of the season.

Minnesota took 19 shots, eight on target. Indiana was only able to put one of their five shots on the mark.

Gophers senior goalkeeper Tarah Hobbs only had to make one save to secure the shutout, it is also her second consecutive game holding the opponent scoreless.

Freshman defender Nikki Albrecht opened up scoring for the Gophers when she headed in a goal set up from a corner kick by senior midfielder Josee Stiever in the 43rd minute.

Albrecht now has two goals in her first season with Minnesota.

The Gophers entered halftime with a 1-0 lead and their defense limited scoring chances for the Hoosiers.

Minnesota added to its lead when sophomore forward April Bockin scored in the 65th minute to make the score 2-0. That was her 6th goal this season.

Junior forward Sydney Squires put the game out of reach for Indiana when she scored Minnesota’s third goal late in the second half off an assist from junior midfielder Megan Koenig.

The Gophers are still unbeaten in the Big Ten through three games and look to defend their record on the road against Purdue at 12 p.m.