Sam Brancale finished first at the Bison Open in the 125-pound weight class. 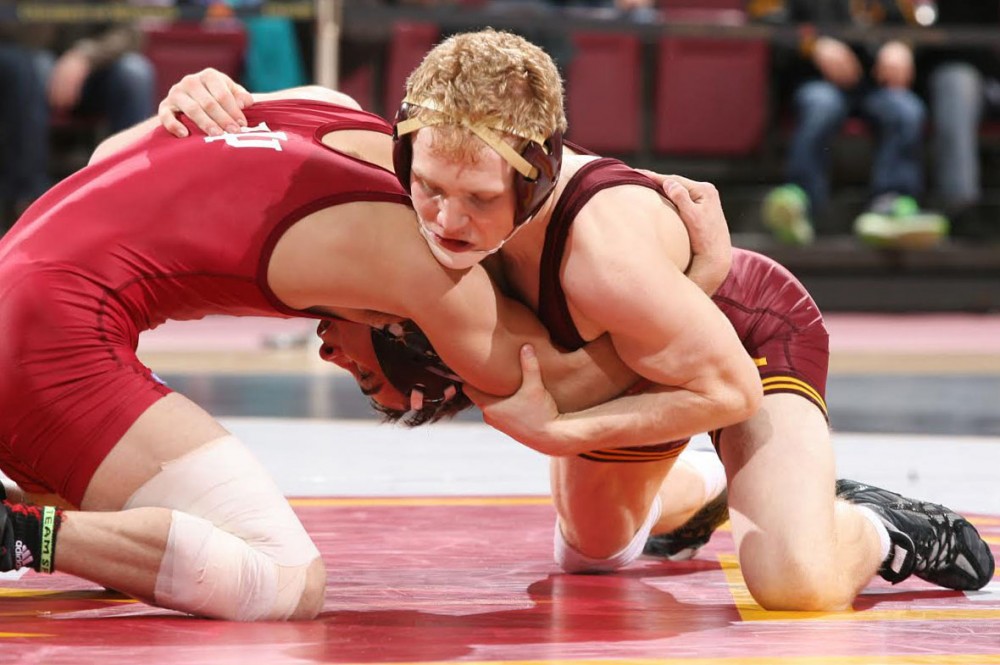 After failing to qualify for the NCAA championships last year as a redshirt freshman, Sam Brancale is looking to have his best season yet as a Gophers wrestler.

Last week, Brancale took first at the Bison Open in North Dakota, earning him the starting spot for the 125-pound weight class.

“I thought that Sam looked really good [at the Bison Open],” head assistant coach Brandon Eggum said. “As long as he stays real diligent on his weight and is smart, he will have really great performances. One of the things that he [allowed] to get out of hand from time to time [last year] was losing his focus.”

Brancale had a 14-10 record last season, but he only won five of his 12 dual meet matches.

His most memorable victory from last year was an away match in Iowa City, Iowa, against No. 3 Tom Gilman of Iowa in the 125-pound class.

Two minutes into the first period of the match, Brancale pinned Gilman, earning him six points for his team.

Those six points were crucial for the Gophers, as they won the dual meet 19-15.

The Big Ten named Brancale its Wrestler of the Week following the performance.

“[Head coach] J [Robinson] talked to me before [the match] and said … ‘All you can do is your best,’” Brancale said. “You can’t worry about anything else. That’s what I kind of did. I just ran out there and wrestled as hard as I could. And pinning [Gilman] was awesome, too. It was definitely the highlight of last year.”

But the disappointment from not making the NCAA championships still overshadowed his victory over a top-ranked opponent.

“I was extremely upset with myself,” Brancale said. “Being the only person [in the lineup] to not make it also made it sting a little bit more. The fact that I couldn’t really help at the NCAA tournament [and] score points drove me nuts.”

Though he was disappointed for a while, Brancale said now he’s focused on the season ahead of him.

“I want to be an All-American [this year],” Brancale said. “I know that I am setting my goals high, but if I feel like I can help the team out in any way possible, [such as] making the national tournament and getting All-American status, that would be ideal.”

In his upcoming matches this Saturday against Air Force and Wyoming, Brancale will be facing No. 9 Josh Martinez and No. 8 Tyler Cox, respectively.

Eggum said those two matches will be a true test for Brancale.

“This is a good opportunity for him,” Eggum said. “He has a chance now to go out there and [prove] something. If he wrestles the way that he can, there is no question that he can beat these guys. He has to decide to step out there when the whistle blows and show up [to wrestle]. With the right mindset, I don’t see why he couldn’t win.”