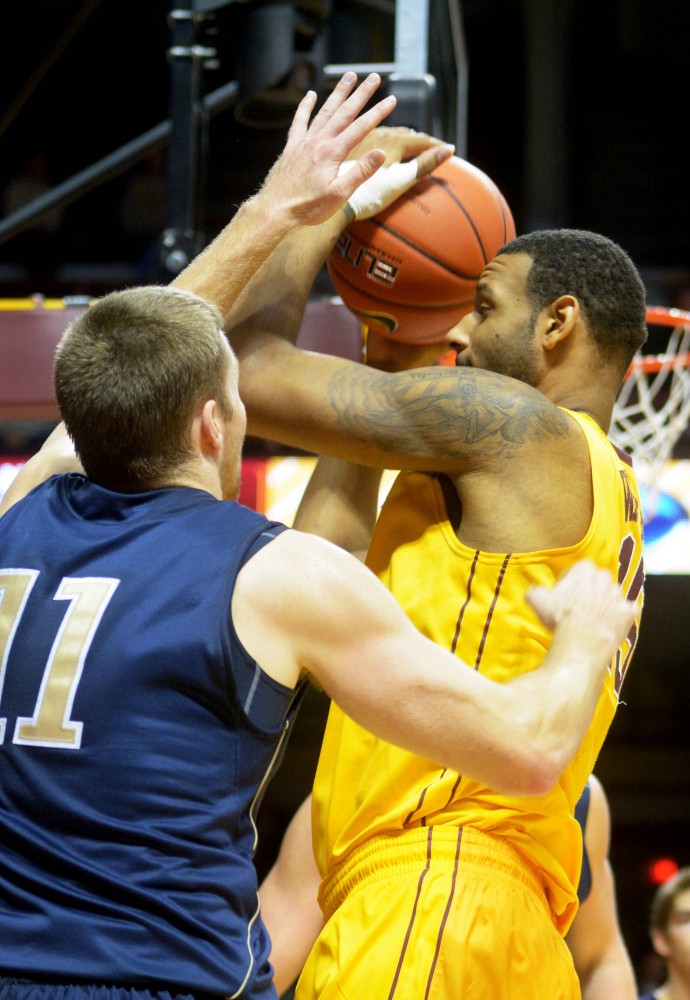 Many Big Ten teams tip off their seasons with multiple games against inferior opponents. But after playing then-No. 8 Louisville in Puerto Rico on Friday, Minnesota will play another quality opponent — Western Kentucky.

“Western Kentucky may not have the name recognition. … But as somebody who’s lived in Kentucky, I understand the culture of their program,” head coach Richard Pitino said. “That’s going to be a tough game.”

Though the Hilltoppers may not be familiar to the average fan, they’re no strangers to the NCAA tournament selection committee.

Western Kentucky has played in the tournament two of the past three seasons. The team wasn’t in it last year after Elfrid Payton, the No. 10 pick in the 2014 NBA Draft, led Louisiana-Lafayette to a 73-72 upset victory over the Hilltoppers in the Sun Belt tournament.

Minnesota is looking to improve from its season opener against Louisville to defeat Western Kentucky and record its first victory of the season. But there’s one area the Gophers need to shore up if that’s going to happen.

The Gophers fouled Louisville 32 times in Friday’s game, forcing Pitino to go deep into his bench early in the game. And with inexperienced players on the floor, the fouls didn’t stop happening.

“The fouling was just — it just gave us no chance,” Pitino said. “They weren’t bad calls. We were fouling.”

Freshmen Bakary Konate and Josh Martin both checked in during the first half and picked up two fouls apiece in a combined 10 minutes of court time.

Both of them fouled out in the Gophers’ exhibition victory over Minnesota-Duluth earlier this month, and they haven’t been making an easy adjustment to the college game.

“I try to challenge every shot,” Konate said after the contest. “I have to learn all this stuff. It’s new to me. It’s different.”

Despite also fouling out, Martin looked good in the exhibition, pulling down seven rebounds and punctuating several possessions with big dunks.

But he and Konate were underwhelming going up against the talented Cardinals.

“Josh and Bakary weren’t quite ready,” Pitino said. “We don’t really need Bakary right away, because of Elliott [Eliason] and Mo [Walker’s] depth, but we need to get Josh ready right away.”

Walker said he approached Konate and Martin after the loss and told them not to worry about their debuts.

“It was a really tough environment to play in, especially as a freshman,” Walker said. “If it was a home game against a weaker opponent, I’m sure they would have done great.”

Pitino said he’s not concerned with Konate or Martin’s development because he expected them to be nervous going up against a top-10 opponent on national television.

But as the Gophers move on from Puerto Rico and center their attention on the rest of their season, Western Kentucky — another tough team — lies in their path.

“This is a team that’s going to come in and expect to win,” Pitino said. “This is going to be a battle.”

David Nelson contributed to this report.