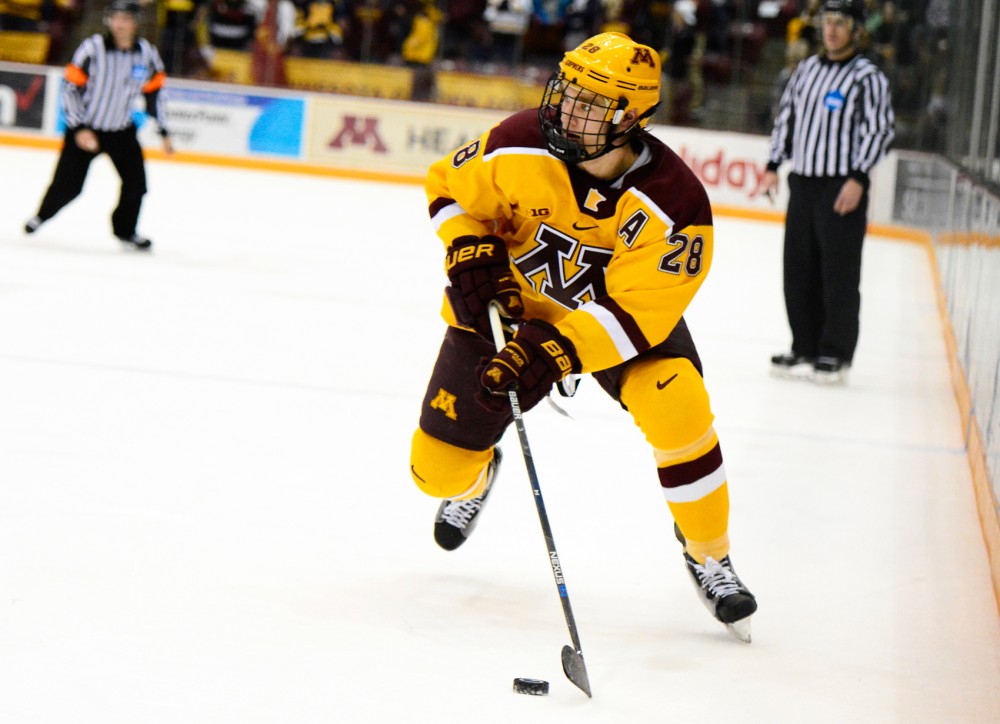 Gophers defense Jake Bischoff maneuvers the puck down the rink at Mariucci Arena on Dec. 5, 2015.

The Minnesota Gophers beat the Alaska-Anchorage Seawolves 6-0 on Friday night, and sophomore goalie Eric Schierhorn tallied a 14-save shutout in front of a home crowd.

Schierhorn, an Anchorage native, hadn’t played a game in Anchorage since middle school and came out on top in his homecoming.

The other two goal scorers were freshmen forward Rem Pitlick and freshman defenseman Ryan Zuhlsdorf, collegiate firsts for both.

Despite letting in six shots, junior Olivier Mantha stood tall in net for the Seawolves. Mantha faced 39 shots from Minnesota, and saved 33 of them to keep the score down.