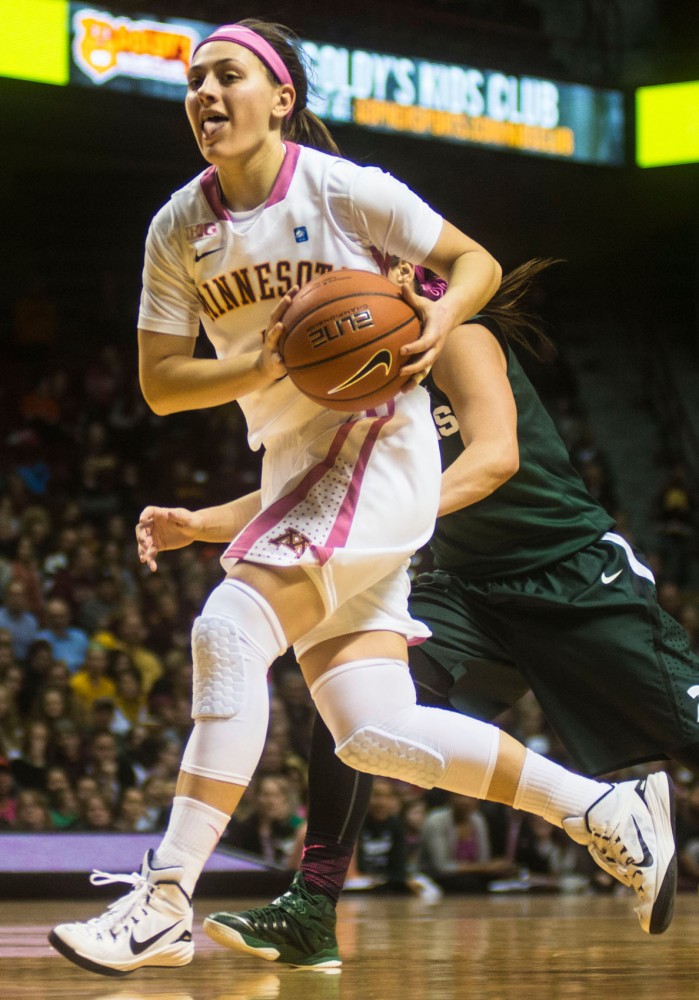 After the Gophers won 64-59 at Iowa on Thursday night, Andre Hollins answered different questions with the same response.

What was the key to Minnesota winning its first Big Ten road game of the year?

How did they hold off Iowa?

“We were up about 10 at Purdue. We were up at Michigan,” Hollins said. “It just takes stops. We’ve got to separate ourselves on defense.”

But the Gophers’ defense didn’t look as good on Sunday at Indiana as they lost 90-71 to the sharpshooting Hoosiers.

Minnesota (16-10, 5-8 Big Ten) went to a matchup zone on defense for a significant chunk of the game and protected the paint. Indiana won with outside shooting.

The Hoosiers accepted the challenge, going 18-for-32 from the 3-point line.

Iowa hit less than 29 percent of its deep attempts on Thursday and was met by Minnesota’s formidable interior defense when it managed to get into the paint.

After recording two blocks, redshirt senior center Mo Walker tallied as many steals — one of which came in a critical moment. With less than 20 seconds remaining in the contest, Walker stole the ball from Hawkeyes point guard Mike Gesell and then hit two free throws, securing the victory.

“When I saw him coming down the lane, I knew I had to step up,” Walker said on Thursday. “I was put in a position to make a play, and I just made a play.”

While Minnesota’s defense was tremendous in stretches on Thursday and less impressive Sunday, there were a few constants for the Gophers.

Hollins combined for 43 points in the two games, stretching his double-digit scoring streak to eight games.

“Andre Hollins from the first time we played Iowa to now is a totally different player,” head coach Richard Pitino said on Thursday.

Charles Buggs started both games at small forward and showed progress on each end of the floor. He had moments against Iowa that Pitino called a “mini meltdown” but played solid defense against Jarrod Uthoff and combined for 13 points over the two-game span.

The 6-foot-9-inch Buggs’ insertion into the starting lineup over 6-foot-5-inch Carlos Morris gave Minnesota a substantial size advantage. But, surprisingly, that didn’t translate to a better rebounding rate on Sunday.

The Gophers were out-rebounded 35-16 as they gave up a season-high point total — a damper on their recent run and Hollins’ emphasis on defense.

“We got stops when we needed to,” Pitino said on Thursday. “I thought defensively we were really, really good.