Legislators are looking for community input to create the “best cannabis law in the country.” 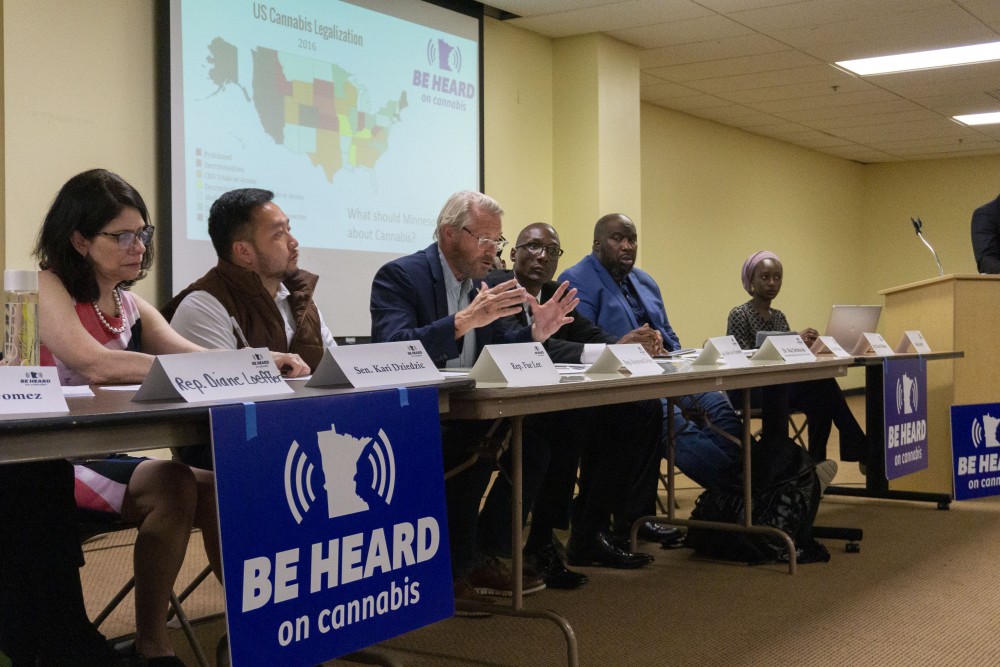 The event, held in North Minneapolis, was the second of 15 “Be Heard on Cannabis” discussions to gather community input on the legalization and regulation of adult cannabis use in Minnesota hosted by House Majority Leader Rep. Ryan Winkler, DFL-Golden Valley. As recreational cannabis is becoming legal in more states, Winkler said his ultimate goal for these conversations is to ensure that Minnesota passes a law that “makes sense.”

“Basically, we want to know what the community’s goals are for legalization and what their concerns are and try to put together a policy or law or bill based off of these conversations that we have,” Winkler said.

Attendees from throughout the Twin Cities discussed the importance of ensuring that local communities have control of cannabis production in future legislation.

“We want to make sure it’s not just big corporations coming in to make a bunch of money as we make this change and that it actually benefits people in Minnesota,” Winkler said. “We are trying to take the best of all approaches.”

While some community members discussed the potential benefits of cannabis legalization, guest speaker Raj Sethuraju, associate professor of criminal justice at Metropolitan State University, said there needs to be a plan to address those who may struggle with addiction.

He said the issue is amplified by the increased potency of the substance.

“THC has increased exponentially,” Sethuraju said at the meeting. “Today the potency level has doubled or tripled. And when it is combined with trauma, unemployment and other forms of disparities that exist in this country, it adds to that community suffering more.”

Not all community members at the meeting were in agreement that cannabis should be legalized recreationally.

Miranda Gohn of Litchfield was one of the attendees against recreational legalization. Gohn, originally from South Dakota, said she grew up in a low-income family and has witnessed peers abusing cannabis.

“I have always self-identified as a Democrat, and truly we are not investing in our people,” Gohn said at the meeting. “I see legalization as a poverty industry. … They are targeting our most vulnerable populations.”

Gohn said she believes that the government should prioritize mental health, echoing a sentiment expressed by others at the meeting.

Rep. Mohamud Noor, DFL-Minneapolis, who represents the University of Minnesota and surrounding neighborhoods, said he is concerned about underage use of the drug. He said he wants to make sure a future bill would restrict youth access and that taxes raised from future cannabis sales are spent on mental health and addiction help services.

“We want to make sure that there is protection for the students,” Noor said.

Winkler will host another event in St. Paul next month. He said he is hopeful a bill on a recreational cannabis will pass in the DFL-controlled House next session, but he has reservations about the Republican-controlled Senate.

“I think the bill stands a very good chance of passing the Minnesota House. Getting it through the State Senate is going to be harder, but I’m not giving up on that,” Winkler said.