Freshman Charlie Duensing had a hole-in-one at the Puerto Rico Classic. 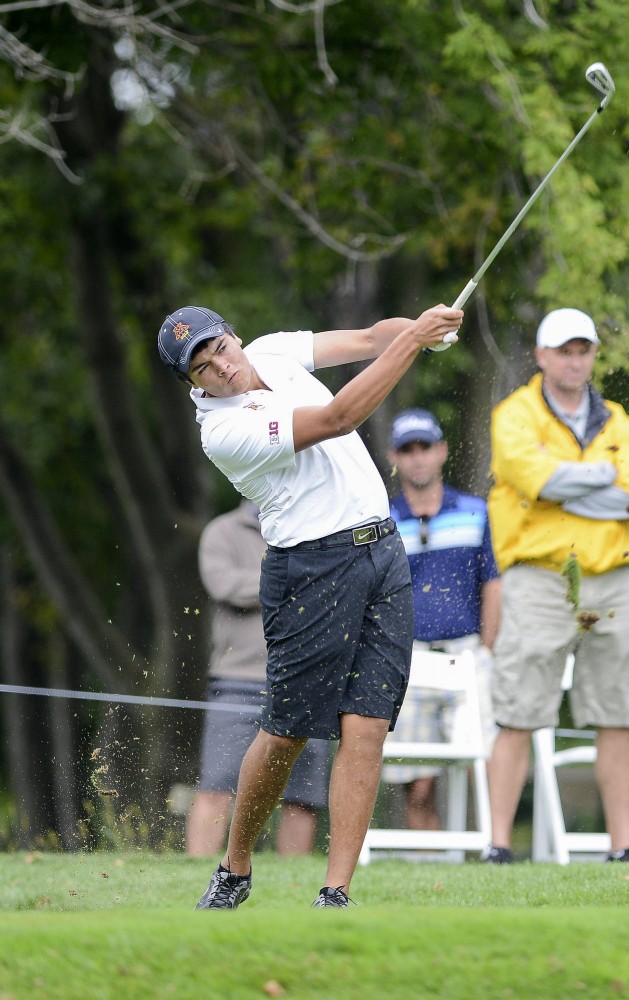 The weather in tropical Puerto Rico was hot this week, but the Minnesota men’s golf team was not.

The Gophers finished the Puerto Rico Classic in 13th place out of 15 teams, as they shot 30-over par as a team.

University of Georgia took the crown, shooting 12-under par, while Purdue, the tournament’s host, finished in fifth.

“We have a lot to work on, but there were signs of solid play, similar to the Big Ten tournament last year,” head coach John Carlson said.

Before the tournament, Minnesota focused on consistent driving, and the team showed improvement because of it.

“We drove the ball so much better, and it showed with all the work they’ve done,” Carlson said.

Minnesota had a nice start after freshmen Charlie Duensing and Riley Johnson both shot a 1-over par at 73 on Sunday.

Sophomore Jose Mendez was close behind the duo, as he shot a 2-over 74. Minnesota found itself sharing seventh place with fellow Big Ten members Nebraska and Michigan after the first round.

“Riley Johnson had outstanding play and battled adversity, but we like to see that competitive edge,” Carlson said.

The second round was not kind to the Gophers, as four of five golfers shot 4-over par or worse.

Mendez offered a bright spot, though, shooting a 2-under par on the day.

“I hit the ball well, and I have more confidence in my iron play,” Mendez said. “I just have to keep practicing and getting better.”

The tournament’s highlight was during one of the last holes of the final round when Duensing sunk a hole-in-one.

“It was great. It was the first one I’ve seen from our players as coach for five years,” Carlson said. “But it was bittersweet and will get overshadowed by his overall performance.”

Rounding out Minnesota’s top five was Jon DuToit and Johnson at 10-over par, Duensing five strokes behind them and freshman RÃºnar ArnÃ³rsson at 17-over par.

The conditions that Puerto Rico presented were tough for Minnesota, as the course was wet and the wind was 10 to 20 miles per hour.

“Chipping and putting was difficult, as the greens were slow and bumpy,” Carlson said. “But we need to improve our course management.”

The Gophers will look to Mendez to help lead them into their month-long break before coming back to compete in the U.S. Intercollegiate in California.

“[Mendez] is starting to become a leader on and off the field. He’s helping bring along the younger guys,” Carlson said.