A suspected serial rapist in Marcy-Holmes was arrested last week. 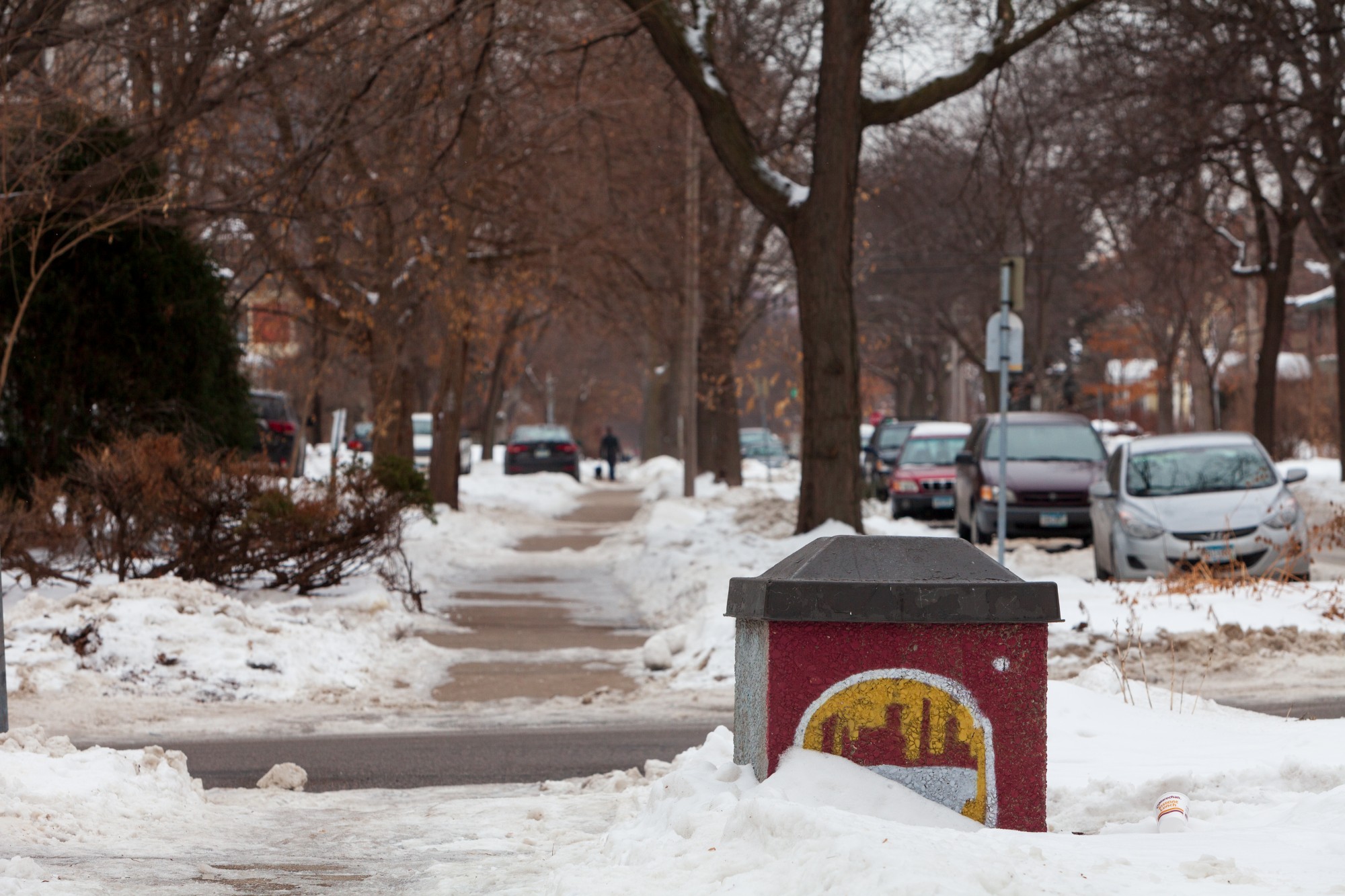 A trash bin adorned with the silhouette of Minneapolis is half buried in snow in the Marcy Holmes neighborhood on Tuesday, Jan. 28. The neighborhood provides housing for a significant number of University students.

Year-to-date violent and property crime rates have largely increased around the University of Minnesota compared to last year.

From the beginning of the year to April 20, property and violent crime have increased throughout Cedar-Riverside, Southeast Como and Marcy-Holmes. Prospect Park has seen a slight decrease in crime.

Southeast Como has faced the largest increase in both types of crimes, with an 89% jump in violent crime up to 17 incidents and a 42% climb in property crime up to 98 incidents. Auto theft in the neighborhood accounts for the largest percentage increase, rising 114% from seven to 15 auto thefts.

Auto thefts have risen in all University-area neighborhoods both since the beginning of the year and in the last two weeks. The period between April 6 and April 20 saw an increase from six incidents last year to 21 incidents this year, marking a continuing trend of auto thefts.

In the same two-week period, all property crimes have risen in University neighborhoods. Southeast Como has seen the starkest climb from last year, increasing from seven incidents to 18. Como saw one theft from a motor vehicle last year. This year, the neighborhood saw six. Violent crime in the area has also moved from three to seven incidents.

In Prospect Park, property crime rose 64% to 18 incidents this year. Cedar-Riverside and Marcy-Holmes saw minor increases up to 21 and 43 incidents, respectively.

The suspected serial rapist in Marcy-Holmes has been arrested.

MPD announced at a Sunday press conference that they apprehended the Anoka County man Friday.

Wiebrand is believed to have targeted young women in the Marcy-Holmes neighborhood and throughout Minneapolis dating back to at least 2015.

“To survivors, we hope that this brings some form of closure to everything you’ve been through,” Minneapolis Mayor Jacob Frey said at the press conference. “Please know that it was your courage that will now make it so that so many more don’t need to go through what you did.”

The Star Tribune interviewed one of the suspect’s victims for its 2018 “Denied Justice” series. The paper followed up with the survivor following Wiebrand’s arrest.

MPD’s 2nd Precinct, which includes Southeast and Northeast Minneapolis, issued an advisory April 3 regarding an ongoing trend of catalytic converter thefts. Eleven Toyota Priuses were targeted in the three weeks preceding the advisory.

Suspects only take about three minutes to remove the converter, according to the advisory.

Priuses are specifically targeted because their catalytic converters contain a high concentration of palladium — a metal worth more than gold.