The proposal extends Aramark’s contract with the University for an additional year, citing the economic impact of the pandemic. 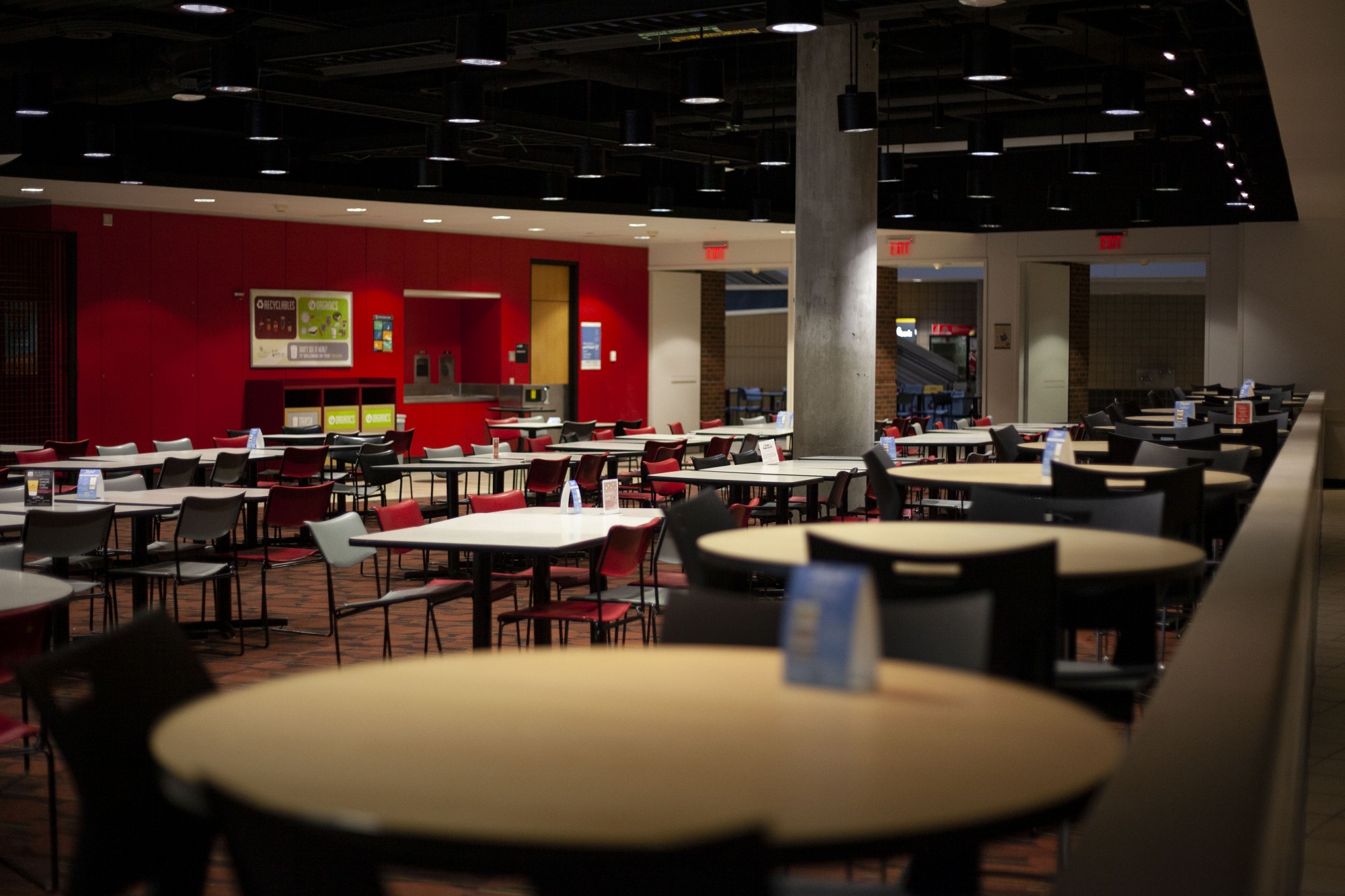 10:38 a.m. A dining area inside the Carlson School of Management sits empty.

The University of Minnesota’s office of University Services has brought forward a proposal to further extend its contract with Aramark Corporation.

This extension is due to the financial implications of the COVID-19 pandemic and will allow further exploration of switching dining vendors or models in the future, University officials said. The new proposal extends the contract with the University’s food service provider through 2023, one year longer than the previously approved contract extension, which was set to end in 2022. Students have raised concerns about Aramark and the contract extension.

The proposal is likely to be approved at the September Board of Regents meeting.

“I have proposed to the Board of Regents that they be forwarded a recommendation to approve an additional one-year extension … of the Aramark contract in September 2020,” said Vice President for University Services Mike Berthelsen in a statement emailed to the Minnesota Daily.

Throughout the past several years, some students have raised concerns about the food quality and business practices of Aramark. Some have pushed for the University to switch food providers or to implement a self-performing food service model on campus.

In 2018, the Minnesota Student Association submitted a report to the University highlighting student concerns around Aramark and a recommendation to part ways with the company in favor of a model that is internally operated within the University.

“It quickly became apparent that Aramark was not ‘it’, in terms of their ability to meet students’ needs when it comes to dietary restrictions or any sort of cultural guidelines. We were really upset because of Aramark’s involvement in the prison industrial complex, which was a concern that we heard and raised right off the bat,” said 2019-20 MSA Vice President Levi O’Tool.

In response to student concern, University Services filed a “request for proposal” to consider the possibility of implementing a different provider or system for campus dining. This process has been delayed by the COVID-19 pandemic and will be further analyzed during the three-year extension period, Berthelsen said.

“Due to the impact of COVID-19 on all aspects of the University’s operations, as well as that of vendors in the food service realm, University Services has recommended a revised extended timeline for the issuance of the [request for proposal] and self-operation analysis,” he said, adding that extending the contract avoids the University seeking out a new major vendor in uncertain financial times.

Berthelsen also outlined steps Aramark will take to better acknowledge student concerns throughout the remainder of its contract with the University.

“Adjustments continue like adding Kosher and Halal options to the menu and new dining options in the Pioneer Hall dining center such as the allergen station,” he said in the email.

Although students have been consulted on Aramark’s decision-making process through the Student Advisory Committee, O’Tool said he hoped that the process of navigating away from Aramark would have begun sooner.

“It was super disappointing that administration took super long to listen to us. And had they listened to us originally, we might not have needed the two-year extension,” O’Tool said. “Then find ourselves in the situation we’re in now where they’re potentially gonna extend [the contract] another year.”

Incoming MSA president, Amy Ma, also shared her concerns with making a decision on the future of University dining during a pandemic, although she supports the proposal to extend Aramark’s contract.

“This will be a long-term thing that impacts the University for a decade likely. We want to ensure that this is something that we can stand and be proud of and not something that I think is rushed,” Ma said. “So it was kind of like a difficult decision for sure but a necessary one.”