The Gophers ended the second half on a 10-2 run to force overtime. 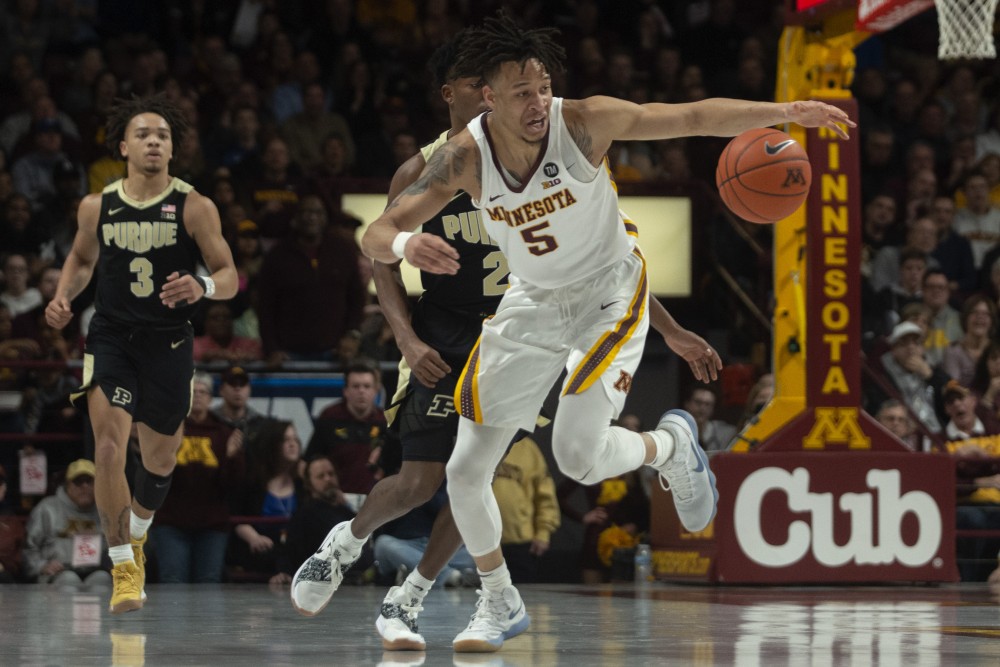 The win gave the Gophers another Quadrant 1 victory, the highest classification of wins according to the new NCAA Evaluation Tool rankings, which all but secured the team an NCAA tournament berth.

While the Nittany Lions didn’t look like threatening at first, Penn State came into the game winners of seven of their last 10 games, notching wins against ranked teams Michigan and Maryland. This made it a tough game for head coach Richard Pitino and the Gophers.

“[The team] just showed great toughness. Those seniors were locked in … that was a great win, [Penn State] is really tough,” Pitino told Gopher Radio Network after the game.

The Gophers didn’t start the evening locked in, hitting just one of their first 10 shots. Amir Coffey finished the half with two points on 1-6 shooting and team converted on 36 percent of shots in the half.

Minnesota was able to keep itself in the game by getting to the free throw line. The team converted on 11-13 in the first half to keep the score within four, giving them a 34-30 deficit heading into halftime.

Penn State kept control for much of the second half, dominating the game’s energy and beating Minnesota in the hustle stats. The Nittany Lions out rebounded the Gophers on the offensive glass 14-8, and capitalized on the second chances by outscoring Minnesota 19-12. Penn State held the lead for most of the half, until a Jordan Murphy layup tied the game at 59 with 1:17 left in the second half.

Murphy’s layup was part of a 10-2 run to end regulation that pushed the game into overtime.

Despite a tough first half, Minnesota maintained its composure, never letting the Penn State lead reach double-digits — despite the Nittany Lions leading for a staggering 38:02 of the game.

In the second half, the Gophers shot 50 percent to lead the comeback. Coffey, who scored two in the first half, finished the game with 22 points while playing all 45 minutes. Coffey saved his best for the final moments, scoring 12 of his points in overtime.

“[He] took over,” Pitino told Gopher Radio Network. “[He] stopped worrying about fouls. … I told him he was going to finish strong, to stick with it and he really did.”

Senior guard Dupree McBrayer had one of his best games of the year, finishing with 18 points on 6-11 shooting. McBrayer made the game-tying shot in regulation and hit a three point shot in overtime, which gave the Gophers the lead.

“He’s a tough kid, he’s been through so much and he really willed us to victory tonight,” Pitino told Gopher Radio Network.

Murphy grabbed his 27th double-double of the season, finishing with 15 points and 14 rebounds.

The win keeps the Gophers perfect neutral-site record intact at 5-0. The Gophers will look to add to their NCAA Tournament resume as they take on Purdue on Friday. Minnesota will look to repeat their March 5, 73-69 victory over the Boilermakers.

“I believe we are in the NCAA tournament. I believed we were already,” Pitino told Gopher Radio Network. “Let’s go see if we can beat a really good Purdue team, we’re obviously going to be tired so rest is important.”