The Gophers men’s and women’s teams closed out their dual seasons with wins. 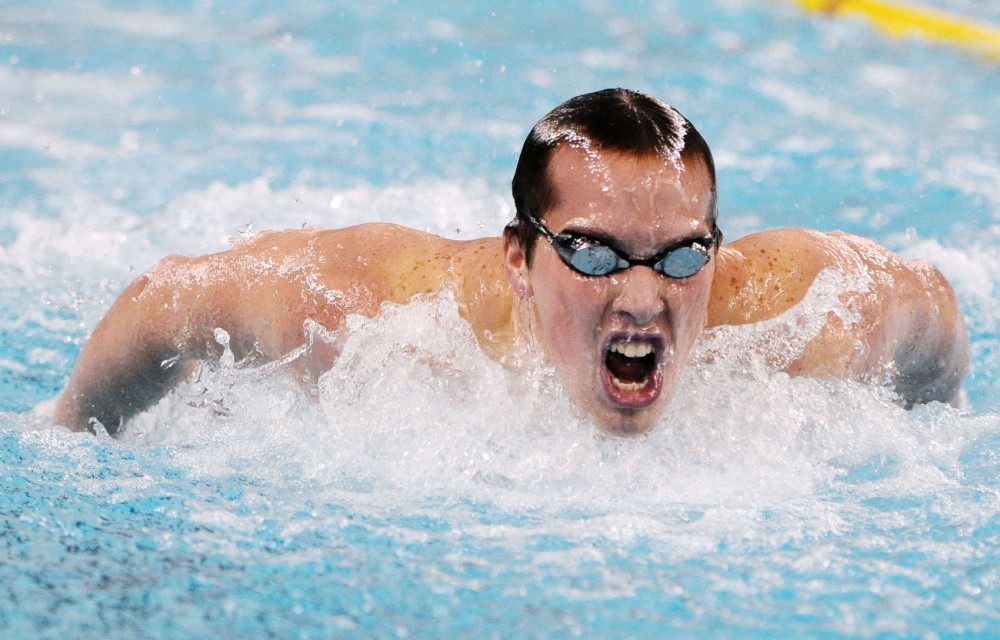 In hopes of closing out its dual meet season with wins against Purdue and Wisconsin, the Gophers men’s and women’s swimming and diving teams came out firing Friday and Saturday.

“We had two days where energy levels were high,” head coach Kelly Kremer said. “We did a great job of supporting each other. … We were consistent. So we put together two really nice days of competition.”

In the end, both the men’s and women’s teams won their meets against the Boilermakers and the Badgers.

Kremer said his teams came out flat last weekend against North Carolina State, and he was hoping for a stronger start this weekend.

Sophomore Lauren Votava said that before the meet, junior Tori Simenec challenged the team to put together a complete outing on both days of competition.

Votava apparently took that challenge to heart, starting off her weekend by winning the 200-yard freestyle.

“It was a lot of fun,” Votava said. “I think we all did a really good job of starting off the meet energized and … ready to go.”

In total, the women’s team took first in nine of 20 events this weekend.

Not to be outdone, the men’s team looked equally strong against Purdue and Wisconsin.

Junior CJ Smith put forward another great performance by winning both the 500- and 1,000-yard freestyle races.

“I’ve been working a lot with Kelly on kind of perfecting the details,” Smith said. “So it’s just been nice to see that quicken my races, and then it’s also been clicking for a lot of other guys, too.”

Those other guys included freshman Daryl Turner, who won the 100-yard backstroke, 100-yard freestyle and 200-yard medley relay. Senior Kyler Van Swol, who was also part of that winning relay, claimed first place in both the 100- and 200-yard butterfly events.

With the Big Ten championships at the end of the month, Smith said, it’s been nice seeing that kind of consistency from the team’s top swimmers.

“It’s just a booster knowing that you’ve done everything you can and you’ve prepared properly,” Smith said. “We’ve got a lot of guys pushing each other, and … everyone wants to get ready for the end of the season to show everyone what we’re capable of.”

While the Gophers still have one meet left with the Minnesota Challenge next weekend, both the men’s and women’s teams certainly look the part of Big Ten contenders.