MPD responded to reports of burglaries and thefts in neighborhoods around the University of Minnesota last week. 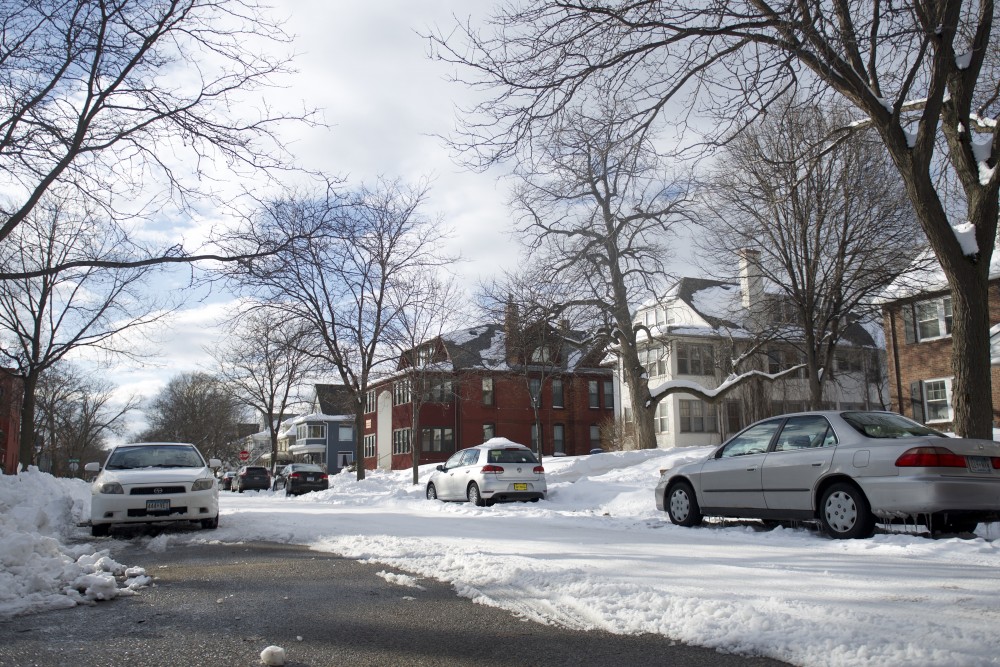 The Minneapolis Police Department responded to burglaries in neighborhoods around the University of Minnesota last week, along with several thefts and car damages.

A burglary occurred at an apartment building at 503 6th St. SE between 10:15 and 10:30 a.m. Wednesday. Two residents reported a stolen baseball cap and food to MPD. The suspect was reportedly seen trying to enter other lower-level apartments and houses across the street.

A witness that was in one of the bedrooms at the time of the incident later questioned the suspect and took three photos of him before he fled. UMPD Lieutenant Chuck Miner said situations like these are easily preventable.

“Whether you live in a residence hall or an apartment, you should always be locking your doors when you’re not home, or even while you are home,” Miner said.

Four students reported a burglary in the 1000 block of 15th Avenue Southeast that occurred between 11:30 a.m. and noon on Wednesday. A suspect entered the home through an unlocked rear door and took various items, according to an MPD police report.

The students reported a box of grapes, a spare change jar and cash from a bedroom dresser to be missing. One of the residents was home at the time and heard someone attempt to open his door, but he thought it was a roommate.

An MPD officer on patrol responded to a report of a bike theft that took place between 10 p.m. Tuesday and 5 a.m. Wednesday. The student victim said he chained his bike to a small tree at the intersection of 15th Avenue Southeast and 5th Street Southeast . A suspect reportedly broke all the tree branches and lifted the bike over the tree.

A parked car near The Denn Apartments at 815 13th Ave SE was reportedly ransacked sometime between 10 p.m. Tuesday and 2 p.m. Wednesday. The victim told MPD his belongings had been searched and tossed about in the vehicle.

A hole the size of a soda can was burned into the glove box of a car parked across from 919 12th Ave. SE last week, according to an April 9 MPD report. The victim said he believed the suspect entered the car through an existing hole in the convertible roof, which was the result of a separate theft incident.

MPD also responded to a call of a theft from a motor vehicle parked near the intersection of 27th Avenue Southeast and Delaware Street Southeast early Friday morning. The rear window of the victim’s car was shattered and electronics were reported missing from the back seat.