Defensemen Sydney Baldwin scored the lone goal for Minnesota to prevent the shutout. 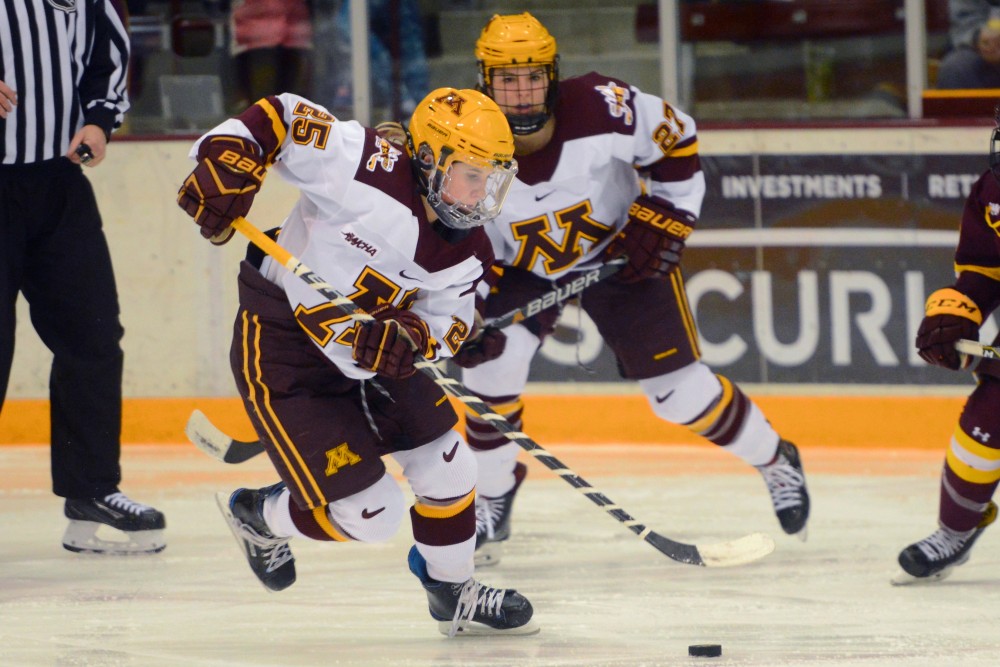 Minnesota’s trip to Ohio did not go as planned for the team.

The Buckeye’s went out to a 2-0 lead in the first period behind goals from Tatum Skaggs and Liz Schepers. Skaggs scored 7:25 into the game while Schepers netted a goal 30 seconds later.

Minnesota goes back to Ridder Arena Friday to play a two-game series with Mankato.