Sen. Amy Klobuchar of Minnesota announced a campaign for the 2020 presidential race Sunday in Minneapolis. 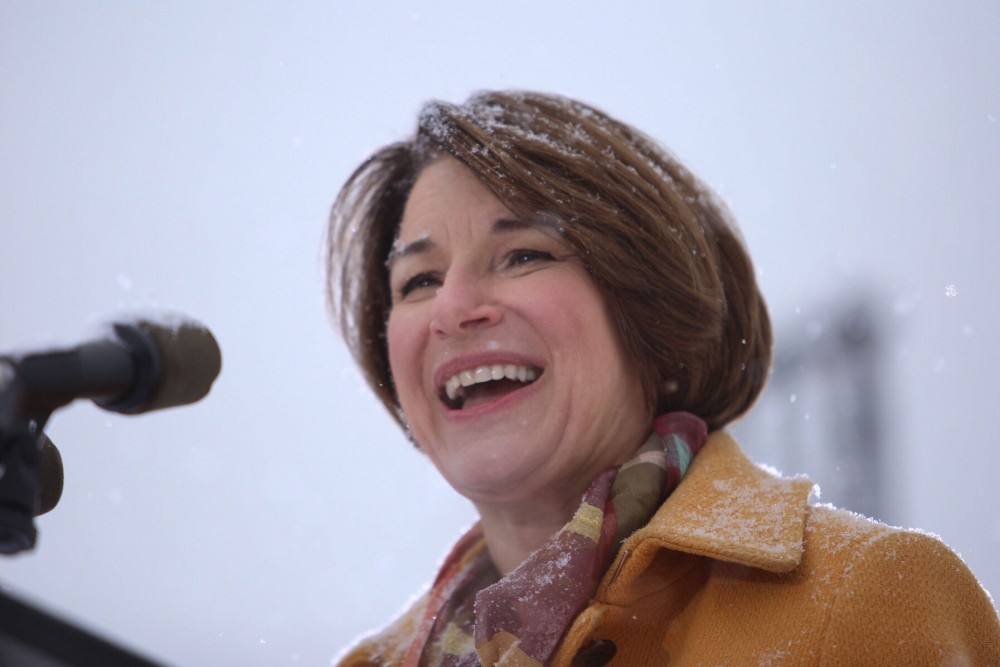 Sen. Amy Klobuchar, D-Minn., formally announced a presidential run Sunday in Minneapolis, making her one of a growing number of female candidates in the democratic primary race.

Klobuchar, who gained national attention after speaking at the confirmation hearings for Supreme Court Justice Brett Kavanaugh last fall, has served in the Senate since 2007. She was the first female to represent Minnesota in the United States Senate.

Other Democratic leaders who have announced their candidacy for the 2020 presidential election include Sen. Elizabeth Warren of Massachusetts, Sen. Kamala Harris of California and Sen. Cory Booker of New Jersey.

Klobuchar won re-election for her third Senate term last November with more than 60 percent of the vote over her opponent Jim Newberger.

To win the democratic nomination, Klobuchar will need to do well in the Iowa caucus, said Larry Jacobs, a professor at the University Center for the Study of Politics.

“She’s going to have to do well in Iowa and then use that to kind of boomerang herself forward,” Jacobs said. “…You’ve got other candidates that are going to have far more money and staffing … Klobuchar’s not going to have that luxury.”

Correction: A previous version of this article misstated a detail of Klobuchar’s recent re-election. She was elected to her third term.