We would’ve loved less drama and more dirt. Here is A&E's dual review of the unsexiest thing on celuloid. 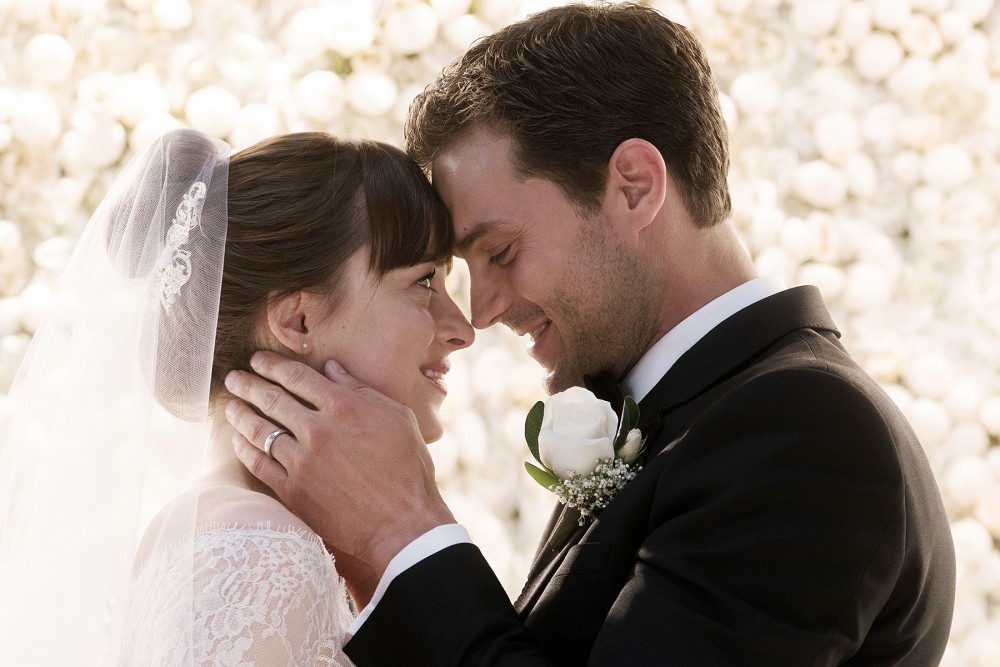 I was, at one point, intrigued by the Fifty Shades trilogy. I read the books (on a Kindle so as not to worry my mom), and giggled through the first movie with my girlfriends. I’ve listened to the soundtracks (the Zayn Malik and Taylor Swift duet “I Don’t Want to Live Forever” is a highlight), and felt Dakota Johnson was an excellent choice to play main character Anastasia Steele.

But when I sit through a movie like this, I want what’s advertised. Beautiful lingerie, frivolity and bad pop culture references.

Instead, I got almost two hours of jumping from one — either hyper or less-than-desired — dramatic scenario to another. A peek at a Tiffany Charm bracelet without a backstory for the baubles, a semi-thought-out kidnapping and sticky-in-a-bad-way Ben and Jerry’s foreplay. Unfinished conflicts and too-rosy tiffs.

Almost six years after the film’s namesake book was released, I have to ask: who was this movie for?

Because the tweens that secretly read it also began reading Rupi Kaur and can see that main-man Christian Grey is kind of a creep.

And is there any way that the sexually unsatisfied older readers have held on for this long?

I saw the film on opening night, and the ticket line was packed. However, the patrons were mostly parents with kids there for “Peter Rabbit.” Besides a couple of GNO groups, singles scattered the theater. Singles… and a couple sharing a large popcorn and soda. I didn’t hear them say a word to each other.

When the film started, I knew. It was just a bad movie.

But what can you do if fans demand you stick to the book? The grayness of the story’s setting, Seattle, is sexier on the page. The grayness of Grey is worrisome in today’s — hopefully more — consensual landscape.

And for a movie that focuses on sex, there’s really not much of it. Save for the first few scenes and random sprinklings in the middle.

We get poor Dakota Johnson stuck, acting naked in a walk-in rainshower. Her curls get bouncier with every scene, but nothing else changes.

I guess no matter how likable Johnson is, no one can get away with the line “boobs in boob-land.” Except maybe Megan from Drake and Josh.

And that would be a different kind of movie altogether.

Imagine if Logan Huntzberger stayed with Rory and wanted to give her a thorough spanking. There, you’ve got the gist of the trilogy.

With the limitations of filming this series, however, much of the sexual charge gets shorted. Add assault and kidnapping into the plot, and you get some pretty mixed messages about what’s okay when it comes to sex and entertainment. It’s all happening in the movie, so it begins not to matter what’s role-play for the characters and what’s non-consensual. In the book, the appeal is the blurred lines, but it’s clearly relegated to the realm of fantasy.

With her wide eyes, power bangs and raspy drawl, Dakota Johnson reminds us very much of another mousy heroine, an aspiring writer who stumbles into the lap of a rich boy only to spend hours on-screen stumbling between his money and her own will. Given the cliché she had to turn into a character, Johnson does put impressive effort into the role.

Christian, meanwhile, is repulsive. He spends the movie trying to make Anastasia’s story revolve around himself, and Jamie Dornan doesn’t have the charisma to make it sexy.

Their dom/sub dynamic is believable. Besides the Fitzgerald level of luxe that the characters live in, their on-screen relationship really isn’t that twisted.

Nobody actually cares about Christian Grey’s feelings, which makes watching Anastasia and their friends observing him mournfully cover Paul McCartney’s “Maybe I’m Amazed” that much more painful. Maybe we’re all amazed at how much watching this movie is like eating Snack Pack Tapioca pudding.

This franchise makes one thing clear: it’s not 2008 anymore. For the sake of healthy relationships and good cinema, it’s time to let “Gossip Girl,” “Twilight” and their cloying spawn die.