More than $5,600 worth of electronics stolen from car in Dinkytown

Multiple thefts were reported to MPD and UMPD last week. 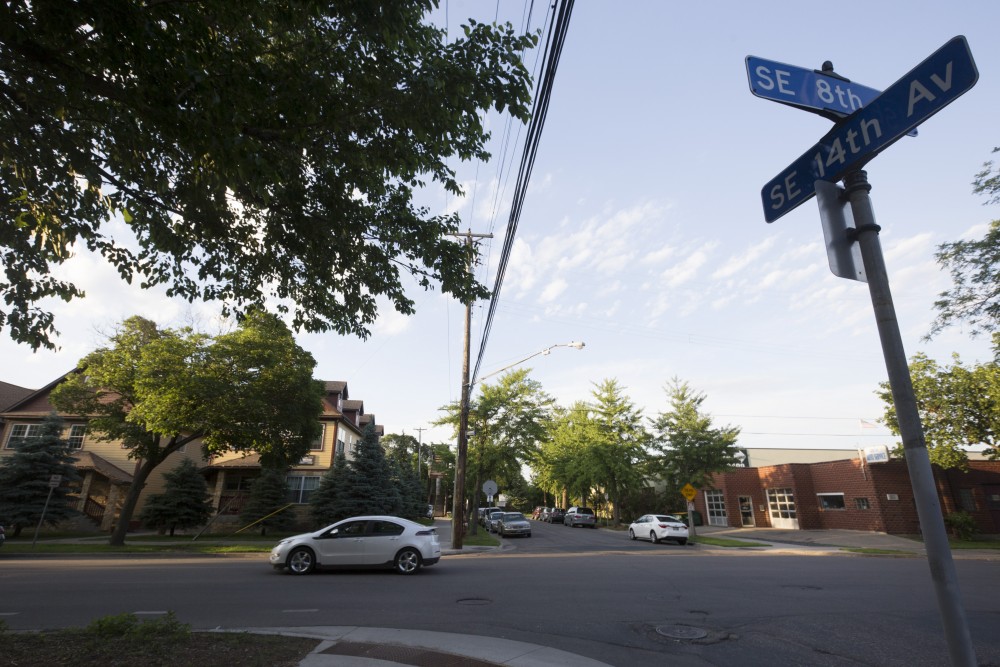 A car drives past the intersection of 8th Street and 14th Avenue Southeast on Monday, June 4 in Dinkytown.

More than $5,600 worth of electronics and accessories were stolen from a car parked near U.S. Bank in Dinkytown. The 42-year-old victim told MPD his newly purchased items were stolen sometime between 6 p.m. Tuesday and early Wednesday morning. Officers are investigating the theft.

At around 2:00 a.m. Sunday morning, a 20-year-old attempted to flee from UMPD at the intersection of Beacon Street SE and Walnut Street SE. A foot chase ensued, and officers issued the male a citation for underage consumption of alcohol. It was his birthday.

“Summer is not a particularly busy time for consumption because of people leaving to go home,” Miner said. “But juvenile crime ramps up when school is out.”

An MPD officer responded to a report of a stolen purse at Noodles and Company in Stadium Village. Three juvenile males stole a female customer’s purse on Wednesday around noon and fled on foot. The customer recovered her purse with no known loss after bystanders pursued the suspects.

MPD responded to an auto theft at Dinkytown Wine and Spirits late Sunday afternoon. The victim left his car running with a passenger inside before entering the liquor store. The car’s passenger drove off and is now demanding money for the vehicle’s return.

A 25-year-old man reported to MPD that someone had dropped a concrete cinder block on his front car windshield. He stated that the damage occurred when his car was parked on Delaware Street SE between 11:30 p.m. Tuesday and 8:30 a.m. Wednesday.

UMPD officers responded to a report that one of their bait bikes had been taken from Coffman Memorial Union around 4:30 a.m. Monday. Officers located the suspect and found black bolt cutters and a cable lock inside his duffel bag, according to Hennepin County court documents. The suspect has previous convictions for car theft and burglary. He was booked at Hennepin County Jail.

Although Miner said UMPD’s bait bike system has been “very successful” in deterring thieves from campus, arrests are still occasionally made.

“There will always be those who roll the dice and test their luck,” Miner said.