Num-mi in Dinkytown to close, to be replaced with new Asian-style fry restaurant 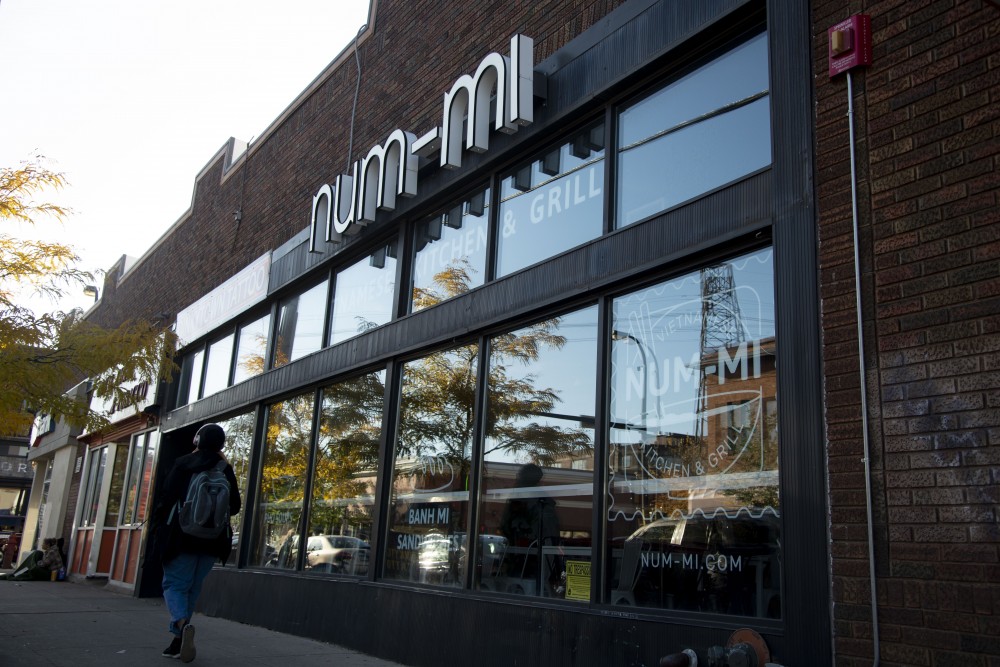 Vietnamese restaurant Num-Mi as seen in Dinkytown on Friday, Oct. 26. After closing, it will be replaced by Dinkytown

Num-mi in Dinkytown will close this month to make way for a new Asian-fusion fry joint.

Popular for their pho and banh-mi sandwiches, Dinkytown’s Num-mi will be closing on Nov. 1 to be replaced with Oklahoma-based Umami Fries, Inc. The new restaurant, which combines Asian flavors with American-style food, is planned to open in January.

“Dinkytown ultimately was really fitting for us,” said Samon Xiong, the owner of Umami Fries. “We’re definitely excited … our food is pretty different.”

The restaurant will feature foods like gogi pork fries, wasabi tacos and kimchi burgers, along with flavored milk teas. The Dinkytown location will be its second restaurant, its first being in Tulsa, Oklahoma.

Born and raised in Boston, Xiong said his family often cooked both traditional Korean and Japanese dishes. This sparked his interest in creating his own Asian-fusion restaurant concept, he said.

“We thought Dinkytown was like, prime location for us,” Xiong said.

Num-mi, which first opened in December 2017 after a delayed construction process starting in spring 2017, will be closing at the end of the month.

“Although the business was doing very well, we are moving into a new venture,” said Num-mi’s owner Nam Tran in an email to the Minnesota Daily. “This will allow us to spend more time with our family, [which] is the reason for the transition.”

Customers who walked in the door often enjoyed the restaurant’s pho and unique sandwiches, said Celine Cha, a University senior.

“They did give you a good amount [of food] … I also really liked the atmosphere, the service was really great,” she said. “I am kind of sad to see it go.”

But this location’s change of hands is a common occurrence in Dinkytown.

The area’s retail landscape has seen similar changes over the past four years with seven different properties seeing a change in business licensing, according to data sent to the Minnesota Daily by the City of Minneapolis.

“If you don’t have the right concept or something different, then it might be a challenge to be there for a very long time,” said Nguyen, who represents Umami Fries along with other businesses in Dinkytown.  “Also, rent in Dinkytown is really expensive.”

Randal Gast, owner of the 12-year-old Dinkytown Qdoba, expressed concerns over the number of similar-style restaurants within close vicinity and the restaurants’ ability to capture student interest.

“There’s a plethora of Asian restaurants these days,” he said. “The restaurant business is very intense, it’s very risky.”

Banh-Appetit, Bonchon and Oishii Poke are all Asian-inspired restaurants that have recently opened in Dinkytown.

But the new restaurant’s concept is unique and fun, which will help it thrive in Dinkytown, Nguyen said.

“This is the first concept like them to be in Minnesota … Like fusion with fries, American and Asian tastes,” he said. “It’s a fun concept and it’s fast … it’s just going to do really well.”