A total of 12 Gophers will participate in different events at the NCAA championships in Fayetteville, Ark . 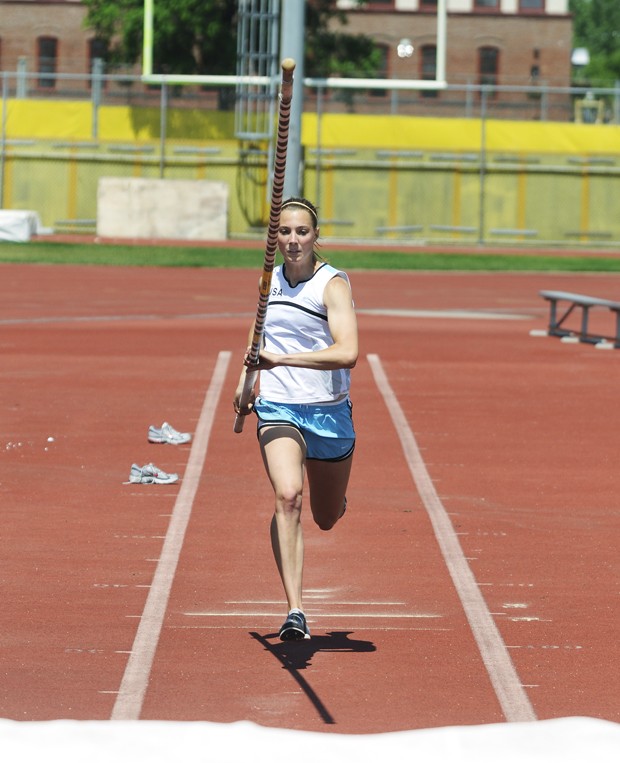 Despite the majority of students leaving campus for summer break, Minnesota track and field isnâÄôt quite ready to go on vacation. Last weekend, the Gophers menâÄôs and womenâÄôs squads each had individuals qualify for the NCAA championships in Fayetteville, Ark. which begin June 10 . Both teams participated at the NCAA regional meet in Norman, Okla. over the weekend, with the men finishing 7th as a team and the women placing 6th. Since there is no national meet to determine the top national squad, the dream of winning a national title rests on the shoulders of individuals. In order to qualify for the NCAA championships, athletes had to earn a top five finish at their regional meet. After 20 athletes are taken from the four regions, the NCAA selection committee chooses seven athletes based on their top performances from the season. As a result of the system, junior Chris Rombough qualified for the 5000-meter run despite a 12th-place finish at the regional meet. Rombough will join MinnesotaâÄôs five automatic qualifiers at the championships. Head coach Steve Plasencia said he had hoped for another at-large qualifier to make the field in addition to Rombough. Senior Ibrahim Kabia finished 9th in the 100-meter preliminary, but missed qualifying for the final race by one one-hundredth of a second. One of MinnesotaâÄôs highlights on the menâÄôs side came during the 5000, which sophomore Hassan Mead won. Mead has the second fastest national time in the 5000 and will look to continue his impressive running in Fayetteville. âÄúHassan has been running real, real well this spring,âÄù Plasencia said. âÄúWeâÄôre hoping we can keep him going so heâÄôs running well.âÄù Plasencia said the athletes âÄúperformed as advertisedâÄù and said he expected about five individuals to advance to the national championships. Looking forward, Plasencia said he thinks some of the guys will be able to compete with the cream of the crop. âÄúI think, of the guys that weâÄôre sending out there, they all can be finalists if things go well,âÄù he said. One of the athletes that Plasencia said may have flown under the radar was sophomore Ben Blankenship, who finished second in the 1500-meter to qualify for the national meet. In addition to Mead, Rombough and Blankenship, juniors Matt Fisher (high jump), Aaron Studt (shot put) and R.J. McGinnis (decathalon) will represent the Gophers at the meet. The Minnesota womenâÄôs squad is also sending six athletes to the national meet. Among the qualifiers is junior pole vaulter Alicia Rue, who comes in with the nationâÄôs third highest vault of 2009. Rue qualified over the weekend by setting a Midwest regional record with a vault of 14 feet, 1 Â¾ inches. In addition to five automatic qualifiers, the women also had one athlete squeak into nationals. Sophomore Nikki Swenson will join fellow Gopher Heather Dorniden, a senior, in the 800-meter. Dorniden finished second in the region to qualify, while SwensonâÄôs time from May 17 helped her qualify as an at-large competitor and overcome a 7th-place regional finish. Head coach Matt Bingle said the women did a good job overall, adding that the highlights were the athletes that qualified for the next level. Bingle also said he was happy to see some seniors go off on a high note, including pole vaulter Laura Massey who finished sixth with a personal best vault of 14-10. Another thing Bingle said he was proud of was the way some of the women competed in their first regional championship. He said the field is filled with tough competitors and many of the women performed well in the difficult atmosphere. Joining Dorniden, Swenson and Rue at the national championship will be senior Liz Roehrig (heptathlon) who goes into the meet ranked second nationally. Sophomores Elizabeth Yetzer (the 1500) and Amy Laskowske (the 10000) will also help Minnesota try to claim some national titles. âÄúI think theyâÄôll go in there and give the effort that they always have,âÄù Bingel said. âÄúNo matter what happens theyâÄôre going to learn something and hopefully build on it for next year.âÄù