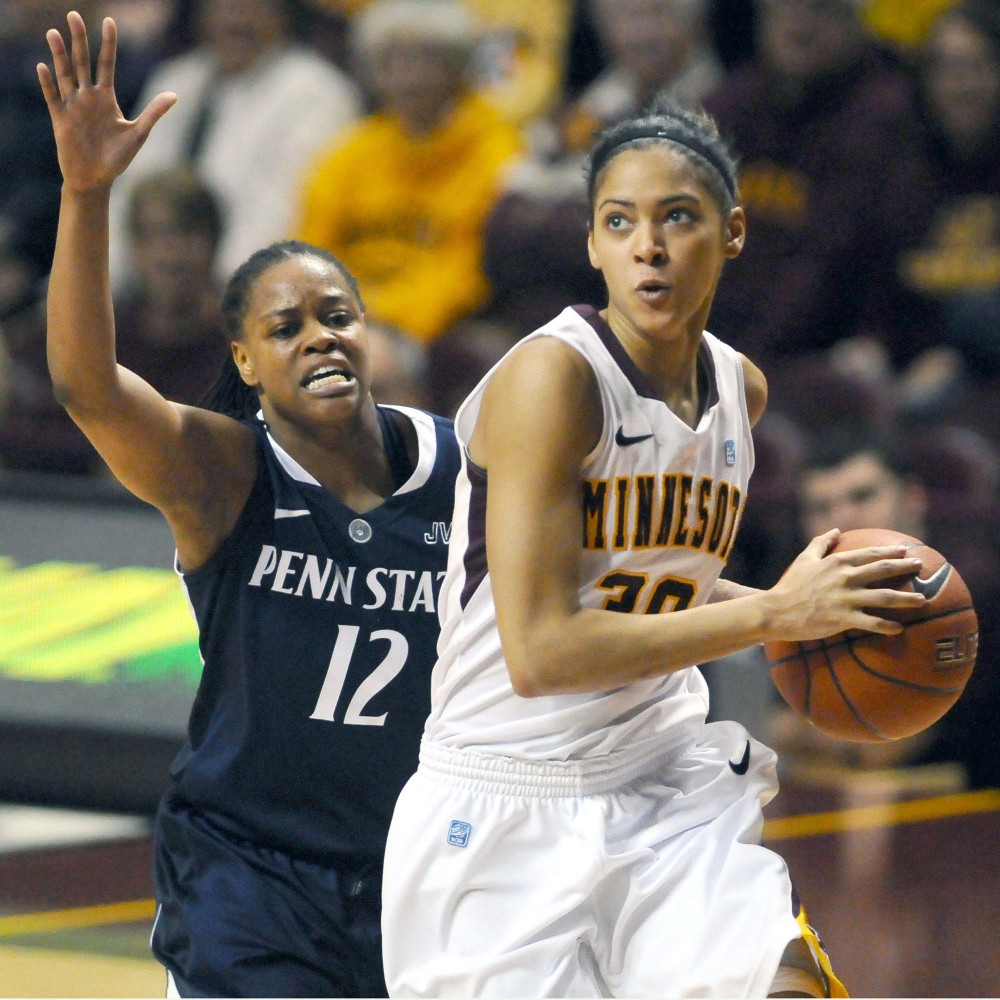 If the Gophers are going to pull off their second upset of Ohio State this year, they’ll have to do it on the road.

The road — and even neutral sites — hasn’t been too friendly to Minnesota.

The Gophers are 1-5 in road Big Ten games, and a matchup with No. 8 Ohio State, which has dominated at home this season, looms.

The Buckeyes have yet to lose a home game in 2011-12 but if it’s any consolation for the Gophers, Ohio State is just 3-3 in its last six games, including a 76-65 loss at Williams Arena.

To top it off, the Buckeyes are coming off of their worst loss of the season — an 84-66 drubbing at the hands of conference leader Penn State.

Head coach Pam Borton stressed the importance of starting road games well, and she noted that in the team’s last road game, a loss to Iowa, it started off poorly.

“Getting off to a good start really sets the tone. [It] sets the tone confidence-wise for the kids, but I just think really starting off, making a statement at the beginning … would be huge,” Borton said.

Minnesota is 0-11 this year when trailing at halftime.

It has just one win in 25 games against the Buckeyes in Columbus, Ohio.

Jackie Voigt, who returned to the lineup Thursday after missing six games with a concussion, started that game.

Going into Thursday’s game, Borton said she thinks Voigt is “probably the freshest person on our team.”

Brianna Mastey also saw time on the floor in the 2009 game.

“I hope they have that [game] in their minds and they have confidence that we can beat [Ohio State] at home,” Borton said of her senior class.

Prahalis and guard Tayler Hill make up one of the most dynamic backcourts in the Big Ten.

The two average 40.7 of Ohio State’s 76.7 points per game. They scored 51 of their team’s 65 points the last time the Buckeyes and Gophers faced each other.

Kionna Kellogg narrowly missed a double-double in the upset win; she scored 11 points and had nine rebounds.

Kellogg has started the past seven games, and Borton said that she thinks Kellogg’s confidence is up.

“I think she’s playing tougher. I think her skill level is getting better,” Borton said.

Kellogg’s rebounding prowess will be especially important Thursday because leading rebounder Katie Loberg has been quiet on the boards lately.

“If we can play disciplined defensively [and] follow the game plan … we’ve got a great chance of winning,” Borton said.