Citizens of Beltrami have raised $2,000 to create a dog park. 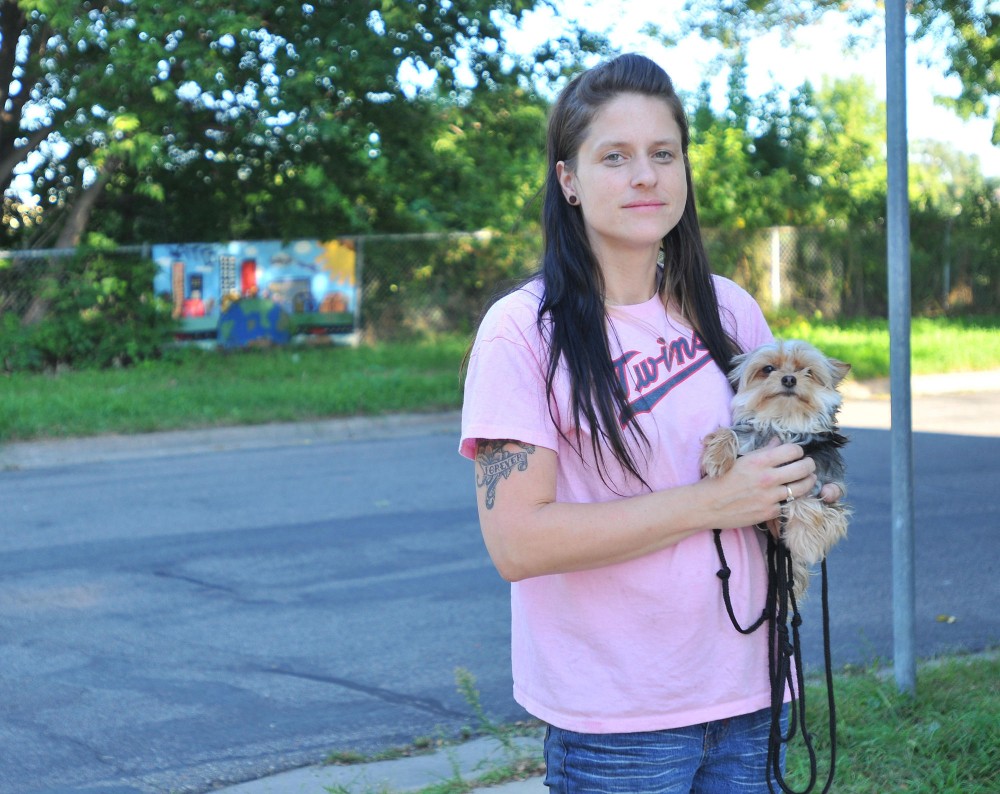 Paula Heille and her dog Gizmo live across the street from a site for a proposed dog park in the Beltrami neighborhood. The empty 3.2 acre lot, currently owned by MNDOT, was the former site of a community garden.

Jennifer Bjergaard, a resident of the Beltrami neighborhood, calls the empty plot of land near the intersection of I-35W and Hennepin Avenue an âÄúeyesore.âÄù

The plot, owned by the Minnesota Department of Transportation, has been unused for years. But now, the Beltrami Neighborhood Council is seeking to transform an empty space into a dog park.

If built, it will be the closest dog park for residents living in the Southeast Como and Marcy-Holmes neighborhoods, as well as the University students living on campus. Currently, the closest is the Franklin Terrace Dog Park across the Mississippi River.

Bjergaard said the proposed park would provide a 3.2-acre fenced space for east Minneapolis residents and would also contain unique features like separate areas for dogs less than 10 lbs. and dogs that are larger.

The council submitted a proposal to MnDOT requesting to use the land right before the government shutdown. MnDOT has yet to reply, said Nancy Przymus, head of the BNCâÄôs board of directors.

The park also requires $18,000 to build. In February, Bjergaard and other neighbors created a committee dedicated to raising the funds for planning and building the park, but only managed to raise $2,000.

The committee is a grassroots organization. Its members are Beltrami residents, volunteering their time for the project.

The idea has the strong support of leaders in the Beltrami neighborhood, said Przymus, who thinks the park can also have a positive effect on property value in the area.

âÄúA dog park would allow people to get to know each other, and would increase the likelihood of someone buying a home in Beltrami,âÄù Przymus said.

She said there have been many other proposals for the plot, like for a ramp to I-35W.

Arlene Zamora, is a member of the BNC who has lived in Beltrami for 16 years and, like Bjergaard, thinks the empty space is an eyesore. She thinks the dog park âÄúis a wonderful ideaâÄù and has positive potential for the neighborhood.

Zamora believes the dog park will âÄúbeautifyâÄù the neighborhood.

To raise funds, the committee will hold an event Sept. 17 at the Beltrami Park. The committee has also spread information about its cause by using Facebook, friends, family members and word-of-mouth.