The genre-bending funk band WAR, known for “Low Rider” and “Why Can’t We Be Friends,” plays at the Dakota on Monday and Tuesday. 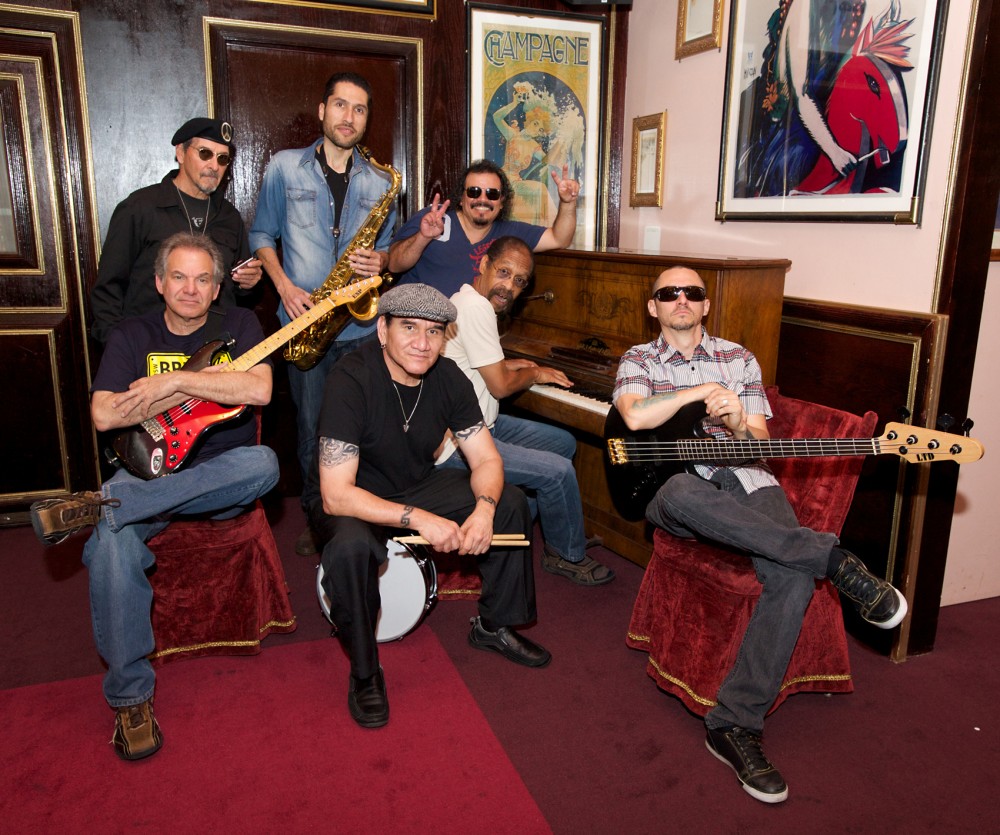 WAR, the multi-ethnic band that has stuck to its dedication to various styles over the daces, will perform at the Dakota Jazz Club on Monday and Tuesday.

Danylo Loutchko
The moment the funky bass line “takes a little trip,” everyone in the room knows the tune of “Low Rider.”
Whether it’s recognized as the theme song from the George Lopez show or as one of those tunes that are always just around, few ditties
connect people in quite the same, odd way as “Low Rider” does.
WAR, “the Original Afro Cuban Jazz Rock Blues Band” from Long Beach, Calif., seems to specialize in these kind of ubiquitous and timeless tunes, with hits like “Cisco Kid,” “Slippin’ Into Darkness” and “Why Can’t We Be Friends.”
The band’s been touring and playing these same songs for more than 40 years — now they’re in Minneapolis playing the Dakota Jazz Club on Monday and Tuesday. The fact that WAR is still playing and touring today shows that their dedication to playing all styles of music hasn’t waned.
“Back in the day, if you went into a record store and you were looking for WAR, they’d say, ‘Look under rock or look under jazz … or look under R&B.’ They just didn’t know [where to put us],” said Leroy “Lonnie” Jordan, who sings vocals and plays piano and synthesizer.
Jordan is WAR’s bandleader and the only founding member still playing in the band.
WAR in its current iteration consists of Jordan and six other musicians: Stuart Ziff on guitar, Marcus J. Reyes on percussion, David Urquidi on saxophone, Stanley “The Baron” Behrens, Rene Camacho on bass and Sal Rodrigues on drums.
The artists’ multi-ethnic collective background reflects the band’s broad musical style. Jordan attributes much of the band’s success, accessibility and popularity to this eclecticism, which allows the band to connect musically across languages and cultures.
In the band’s early days on tour, conflicts would erupt between audience members of different ethnic and cultural groups, each claiming that WAR was ‘their band,’ Jordan said. The song “Why Can’t We Be Friends” was born out of those situations.
“Unfortunately, [our eclecticism] is one of the reasons we’ve never won any type of award, because no one is ever out to categorize us,” Jordan said. “The main thing is that it’s kept us working to this very day because we can play for everyone. We are able to work and the downside is that we haven’t won anything. But that’s OK — we’ve won our Rock ’n’ Roll Hall of Fans.”
WAR’s main goal is maintaining a strong connection with their audience and fans through live performances.
“It’s always been a jam band. When you hear the ‘Cisco Kid’ or ‘Galaxy’ or whatever you hear from WAR, you have to remember most of that music was always a long version and we had to edit it down,” Jordan said. “Once we get on the stage and play it live, we end up jamming it again.”
Jordan strongly believes in the humanistic healing power of music, which is why WAR’s lineup has remained multi-ethnic and its music is aimed at folks from all kinds of backgrounds.
Many of their songs feature lyrics rooted in broadly applicable social themes.
“We are a band of doctors,” Jordan said. “Doctors who heal people musically. We reach out to people with our message that we’ve been spreading through music since the early ’70s. We’ve never been the kind of band that tries to find a solution for any issue or world problem because we’re not miracle makers.”
What Jordan does suggest, however, is for listeners to harness the social and spiritual force of music.
“Let your body language be the healer,” he said. “In other words, go out and dance. Dance it off, and listen to some good music with some good messages. That’s all we’re about.”
WAR: “The Original Afro Cuban Jazz Rock Blues Band”
Where: The Dakota Jazz Club, 1010 Nicollet Mall, Minneapolis
When: 7 and 9 p.m. Monday and Tuesday
Cost: $35-50
Delete Image
Align Left
Align Center
Align Right
Align Left
Align Center
Delete Heading