Nearly 74 percent of this year’s semifinalists were University students, faculty or alumni. 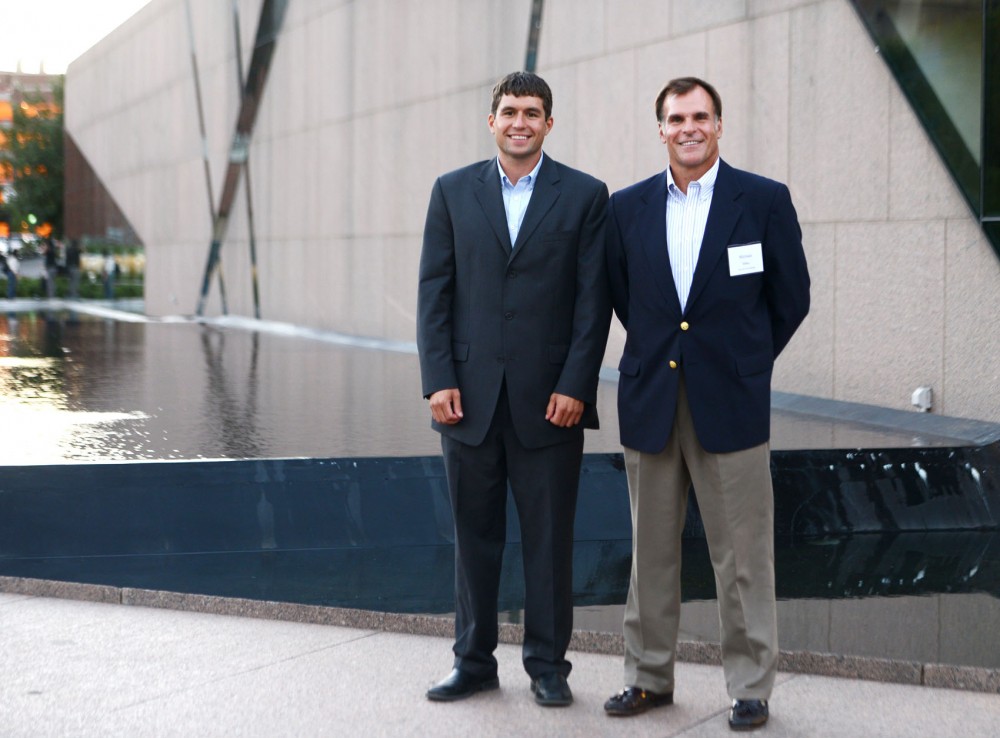 Student entrepreneur Nathan Connor and his mentor and newly business partner, Michael Miller won the Student Division for the 2013 Minnesota Cup, which is the largest state-wide new business competition in the country. The six division winners presented a three minute presentation of their business idea at a ceremony at McNamara Alumni Center on Wednesday night.

The “Shedbed” — a bed that collects shedding pet hair — a blog for kids and a scheduling app were just three of a record 1,100 entries in the ninth annual Minnesota Cup.

Nearly 74 percent of this year’s semifinalists were University students, faculty or alumni. The business proposal contest also acts as a mentorship program, with a team of more than 60 entrepreneurs mentoring students and professionals.

Nathan Conner, a second-year MBA student at the University of Minnesota and Shedbed entrepreneur, was the $10,000 student division winner and won an additional $1,000 for being the audience’s choice.

Conner said he took on two mentors after the semifinals. One of them, lawn care company founder Michael Miller, turned into his Shedbed business partner during the competition.

“Students find mentors and business partners through the completion,” said John Stavig, professional director of Carlson’s Gary S. Holmes Center for Entrepreneurship, which helps sponsor the competition. “It’s a great way to get feedback and advice on an idea, while developing and improving as an entrepreneur.”

The student division was “extremely strong” this year, Stavig said.

Being a student in the competition with business professionals was an advantage, Conner said.

“You get to play the student card,” he said, “so other entrepreneurs are more than willing to advise you.”

Scott Litman, co-founder of MN Cup, said successful business ideas get to the market quickly and require only a small amount of capital to get started.

“A good business plan tells a story,” Litman said. “It tells you about why the world needs a product or service and helps you understand the unmet need.”

Stavig said MN Cup organizers try to make the entry process accessible to anyone, so students can get the chance to network with experienced entrepreneurs.

“It’s a logical step to connect to the business community,” he said.

“Find ways to move your idea forward,” he said. “Set goals for 90 days out and hit them. The key is progress; learn from the successes and mistakes that are a part of that
journey.”