Some faculty split time between their campus and government offices. 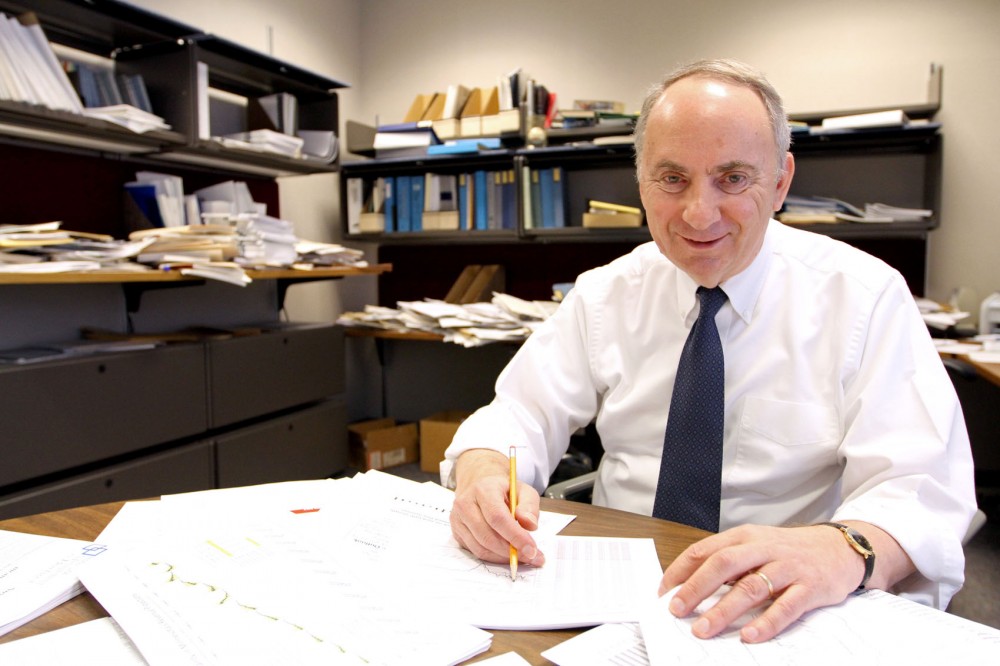 Tom Stinson splits his time between being a professor of applied economics at the University and being the state economist.

As a University of Minnesota horticultural science professor, John Erwin has received praise for his research. As president of the Minneapolis Park and Recreation Board, he has been criticized for proposed policies.

Erwin understands that criticism is part of being an elected official, but it’s one of the aspects of political life that make it difficult to transition back and forth between University professor and city official.

For some, balancing the workload between the two fields comes naturally. For others, it’s a more difficult transition. Regardless, these faculty members are not only representatives of the University community but they also influence policies that affect millions of Minnesotans.

As a horticulturalist, plants are Erwin’s passion. So running for the city’s park board was an easy decision.

Adjusting to life as politician didn’t come as easy.

“It drives me crazy sometimes,” Erwin said. “It’s very difficult as a scientist when all the facts and data say that this policy will work and people disagree.”

First elected to the board in 2002, Erwin has helped increase the number of trees in Minneapolis and to make the Mississippi riverfront a city priority. He became the board’s president in 2010.

Erwin believes that as a University professor, he’s able to bring a horticultural expertise to the park board as well as a strong link to the University. That’s important because the board has more land adjacent to the University than anybody else, he said.

Although Erwin said his University connections are an advantage for the board, he makes sure to keep a clear separation between the two. To avoid conflicts of interest, Erwin keeps separate phones, email accounts, takes personal vacation time to attend board events and sometimes chooses to not vote on issues.

Erwin said he has managed the two workloads well, but he has made sacrifices.

“Something had to give and that’s been my research work,” Erwin said. “Normally at night I would work, but I’ve had to give that up because I just don’t have the time.”

As the state’s economist, Stinson projects the state’s budget — in short, he tells the governor how much money he has to spend.

“I don’t tell him how to spend it though,” Stinson is quick to point out. “I just say ‘If you don’t change the law, this is how much money is available.’”

Stinson’s economic forecasts and budget projections are a barometer for legislative sessions because they determine how much of a deficit or surplus the state has in its coffers.

Stinson’s role as state economist is the result of a contract between the state and the University, which originated in the early 1980s after “political meddling” impacted revenue forecasts, he said.

The contract calls for University professors to fill the role to ensure political independence in the projections.

Stinson is the third professor to fill the role since he took over in 1987. Although he spends his time at the Capitol and the University, he is officially paid by the University.

Despite his reduced ability to conduct research, Stinson said his dual roles have helped him become a better teacher and economist.

“I’m more up to date on my economic theory because of teaching, and I’m a more practically orientated because of my experience in the system,” Stinson said. “It’s a nice symbiotic relationship.”

A duty to serve

That’s why she stopped being a University professor to serve on the Minneapolis City Council from 1982 to 1989. It’s also why she resigned as chief of staff for then-University President Nils Hasselmo to become city coordinator from 1994 to 2002.

“I didn’t have a strategic plan for my career,” O’Brien said. “I’ve been mostly interested in making large and complex governments and organizations that serve the community work.”

She added that her positions at the University and the city were very similar, which helped her transition between the two.

O’Brien, who will retire from the University in June, said that while politics are more divided since she served, it’s important for members of the University to get involved.

“At the University we have so many bright and talented people,” O’Brien said. “I absolutely believe that faculty and staff can and should contribute in any way they can to improve our government.”