A call campaign seeks restitution along with exoneration for U alumnus. 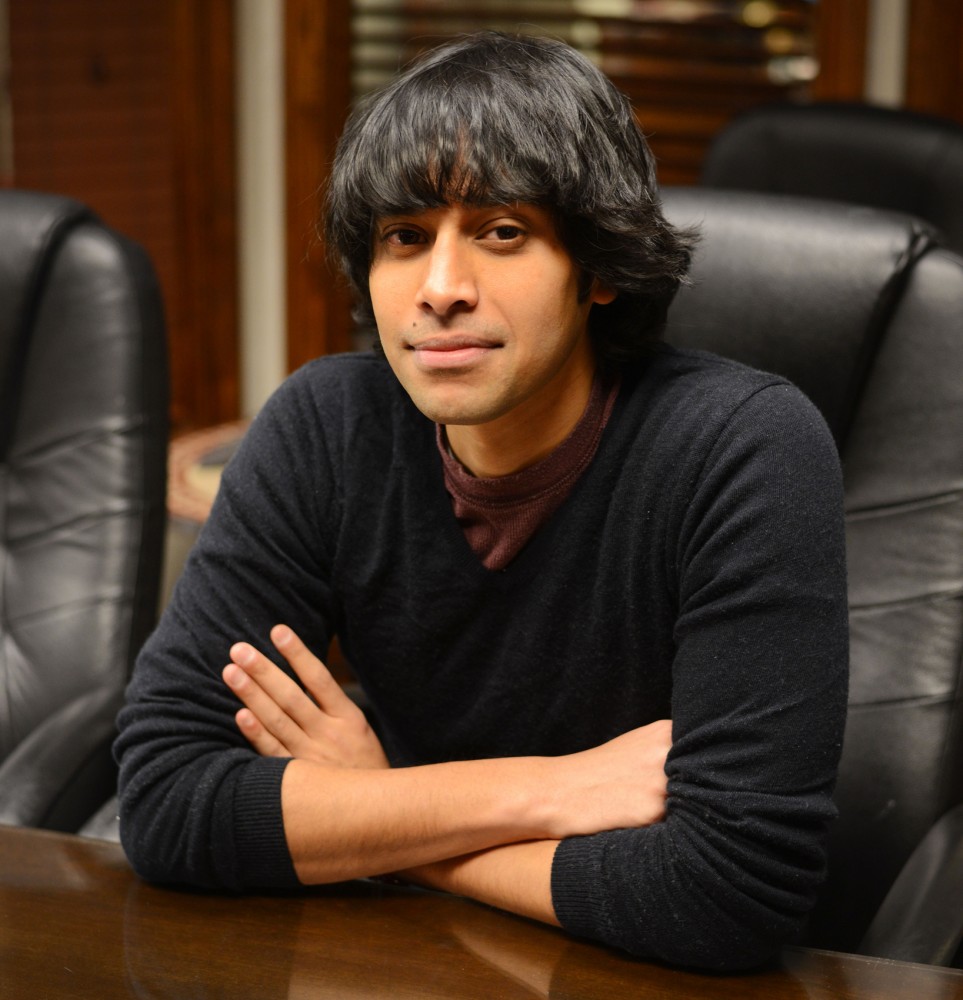 University alumnus Shezanne Cassim was held in a maximum-security prison in the United Arab Emirates for nine months after posting a YouTube video that satirized teenage life in Dubai.

Benjamin Farniok
The University of Minnesota alumnus who spent nine months incarcerated abroad wants a pardon from the country that locked him up for a single YouTube upload.
Accusations that he’d threatened national security forced Shezanne Cassim from his home in the United Arab Emirates after he uploaded a video parodying Dubai’s youth culture in October 2012.
More than a year and a half after his prison release, Cassim hosted a call campaign to the Embassy of the United Arab Emirates in Washington, D.C., last Thursday and Monday.
Callers participating in the PardonShez campaign were told to ask that Cassim be pardoned and receive compensation for his nine-month  incarceration. The requests have largely been ignored.
Whitney Pitz, a University business administration master’s student, was among those who called the embassy to support Cassim. She said her call went straight to voicemail.
“It’s a huge burden on him and his life and his life moving forward,” she said.
Cassim was released and deported in January 2014 to the U.S., where he joined his family to protest his conviction. Days later, UAE Prime Minister Mohammed bin Rashid Al Maktoum acknowledged that mistakes were made in Cassim’s case.
Still, University international human rights law professor David Weissbrodt said Cassim’s arrest and imprisonment represented a misstep on the part of the UAE. He said the nation’s government violated international law.
“It’s a violation of the Universal Declaration of Human Rights to imprison people for freedom of expression,” he said.
Eight-and-a-half months into Cassim’s imprisonment in the UAE, the graduate student was forced to sign a written confession, he said.
He was tried in an Arabic-speaking court — a language he doesn’t speak or read — for an unknown crime, he said, and sentenced to three-and-a-half more months of incarceration.
International attention from comedians like Will Ferrell, who joined the cause under the hashtag #FreeShez helped prompt his release about two weeks later.
Since March, Cassim has sent a letter to UAE President Khalifa bin Zayed Al Nahyan and begun campaigning for a pardon.
“In August, I launched an exoneration campaign, and one of the first activities we did was sent several hundred letters and postcards to the UAE embassy requesting exoneration,” he said. “Again we were ignored.”
The embassy stopped responding to its phone lines two hours into Thursday’s call campaign and shut down its voicemail shut shortly thereafter.
The pardon campaign, said law professor Weissbrodt, has become a source of embarrassment for the UAE, adding that similar past campaigns have been effective.
Though political science and history senior Amanda Kruger connected to anembassy official, they hung up the call.
Kruger, the secretary of the University’s United Nations Student Association, invited Cassim to speak in front of the student group last week as part of a discussion on human rights.
“I think the country can actually do better, and every country makes mistakes,” Cassim said. “What’s important is they take steps to fix it.”
Delete Image
Align Left
Align Center
Align Right
Align Left
Align Center
Delete Heading