The men's basketball team held their first practice in the facility on Jan. 9. 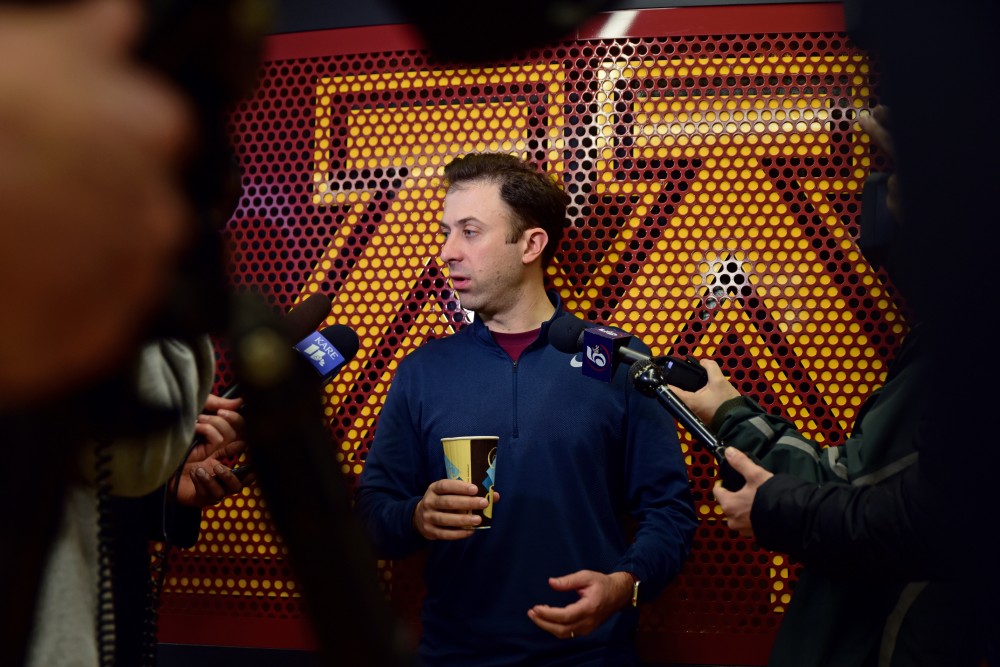 After over two years awaiting the construction of their new practice facility, the Gophers basketball team has finally moved into its new home — the Charlie and Kathy Cunningham Basketball Development Center — halfway through the season.

“I don’t know if it’s the best, but it’s up there,” head coach Richard Pitino said. “From our space standpoint, you got food right below you, you got everything at your disposal for men’s basketball … but academics are right there and all that stuff, so it’s top notch and well-needed, so I think our guys are excited about it.”

Part of the $166 million Athletes Village construction project, the practice facility houses both men’s and women’s basketball. The five-story building has three full basketball courts, a weight room, team room, locker room, multiple meeting rooms and a recruiting room for the teams. The Gophers practiced in the Williams Arena and Bierman Field Athletic Building prior to moving into the new facility.

Though it is not completely finished, the teams have moved into the new multi-purpose basketball facility. The men’s team held their first practice in the facility on Jan. 9.

“It’s been great,” guard Nate Mason said. “Unfortunately, I’m only going to get to enjoy this for, like, two more months. It’s nice knowing that I helped build it, nice knowing that [there’s] a lot of people that trust us with a new facility like this.”