A University professor writes in a new book that music and the environment go hand-in-hand. 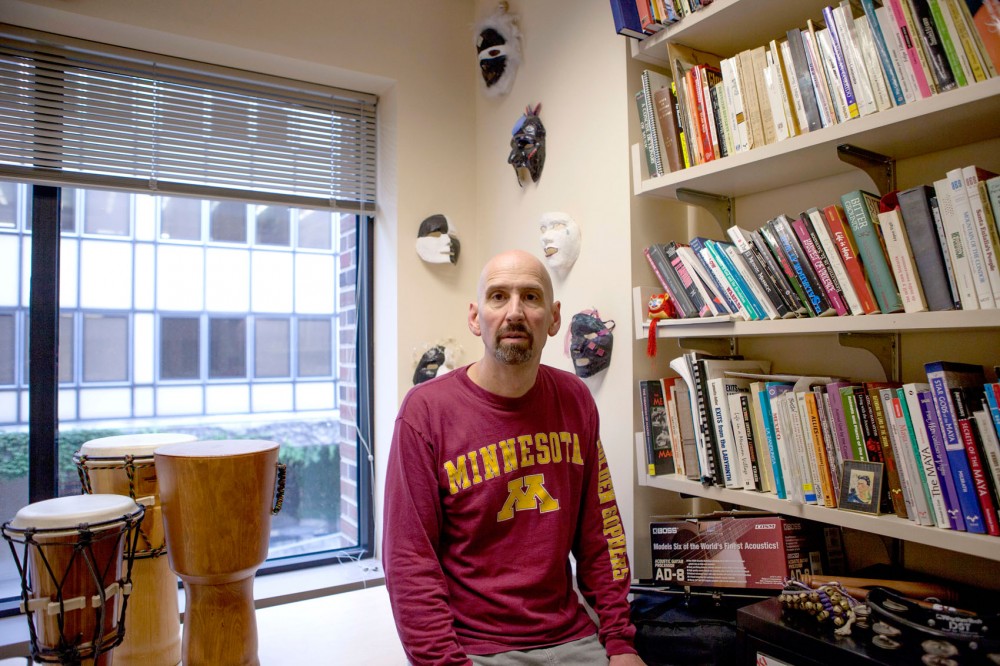 Professor Mark Pedelty has published his third book, “Ecomusicology: Rock, Folk, and the Environment” and still finds time to play in a band called The Hypoxic Punks.

The tenants of rock ‘n’ roll usually champion excess and abandon, clearly incompatible with conservationism. Rarely do festival attendees in a psychedelic stupor want to consider about their collective impact on the surrounding environment.

But local experimental rock outfit Cloud Cult and an ever-growing list of popular artists defy such conventions. University of Minnesota professor Mark Pedelty views eco-minded artists like Cloud Cult as a vital part of the environmental movement’s influence on popular culture in his book, “Ecomusicology: Rock, Folk, and the Environment.”

“I think you’re kind of seeing the future in a way,” he said. “[Cloud Cult is] one of those bands that are experimenting with things that a lot of people will be adopting.”

Known for touring in a biodiesel van and using solely recyclable materials in production, Cloud Cult’s paradigm represents a significant change even for the seemingly contradictory philosophies of a touring musician and an environmentalist. Pedelty, an author and anthropologist, explores this emerging trend to find ways for bands to unite music and the environment.

“Tours and the genre of rock in general are so often associated with things that seem to be unsustainable, almost celebrating them,” Pedelty said. “It’s caused a sort of genre crisis — how do we incorporate this progressive interest with also maintaining it as rock?”

Pedelty sought to investigate the question by joining the faculty punk band, The Hypoxic Punks. Playing for causes like Metro Blooms’ raingarden project in the Powderhorn Park neighborhood of Minneapolis, the band acts as a gateway for Pedelty to understand how artists can mobilize people to better the environment.

“By doing that, no matter how poorly or foolishly, or maybe because of that, I could learn a little bit more about what musicians go through locally than if I just interview them,” Pedelty said.

Taking notes from undergraduate musicians, Pedelty learned more about music’s capacity for creating a captive audience. But that doesn’t mean the band preaches green practices; they just seek to form a community of eco-conscious fans.

“How does music work to bring us all into the same beat?” Pedelty said. “I don’t mean that in a sort of new-agey-we’re-all-having-a-harmonic-conversion, but almost more of an instrumental sense.”

Equally interested in the field’s relation to the humanities and sciences, “Ecomusicology” presents an interdisciplinary approach to understanding broad issues of sound and place. Culling ideas from activists, audiences and local and national performers alike, Pedelty chronicles the many contradictory efforts towards sustainability.

Part of Pedelty’s interest in playing in his ecologically named band lies in appreciating music’s universality. Rock stars’ penchant for spouting off environmental concerns should not be the only outlet for ecologically conscious music fans.

“I think it’s really important that more people break that barrier that sort of comes up between musicians as these rarified people and the rest of us,” Pedelty said.