Williams is important for the Gophers' vault and floor events. 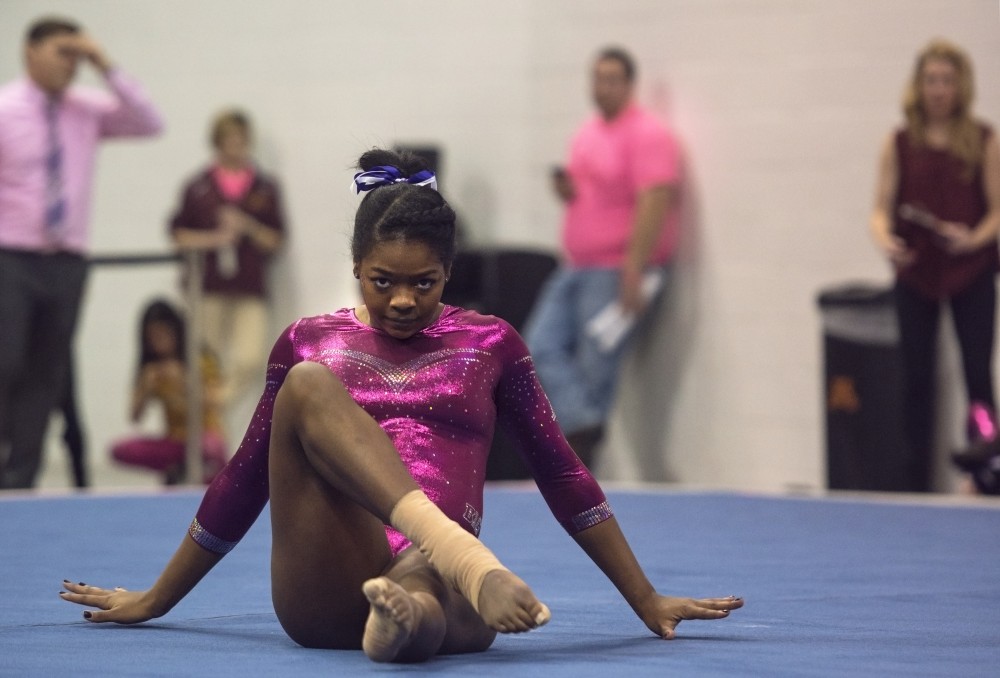 As a child, Paige Williams wanted to inspire.

Now that she’s a gymnast on a Big Ten team, Williams hopes to inspire other African-Americans to follow their dreams.

The sophomore is coming off a season where she finished fifth on the vault at the NCAA Regionals for the Gophers. This season, the team will look to go further with Williams helping out mainly on the vault and floor events.

As the team competes throughout February, Williams said it’s important to celebrate Black History Month in the current political and social climate.

“It is showing everyone’s hard work and that we can have the same opportunities as other people,” Williams said. “I’m presenting myself well and setting a good example by doing everything that I possibly can to perform at my best.”

Williams is coming off her performance for vault in the regionals last year, but she has scored better in the floor this season. Her season-best score is 9.875.

Senior Abby DeMuse said Williams has an upbeat personality and enjoys being her teammate.

“She brings our team closer together because of how she interacts with everyone, always dancing, making goofy comments or making jokes,” DeMuse said. “It eases the tension if we’re all stressed out about school or at a meet.”

DeMuse said Williams has come up to her to ask for advice about how to handle adversity.

Head coach Jenny Hansen said Williams is a powerful gymnast who is effective in both floor and vault.

“Her vaulting and her tumbling looks so effortless,” Hansen said. “She’s got some wonderful natural abilities.”

Minnesota will host Illinois on Friday. Hansen hopes that Williams continues to be successful on floor and vault as Minnesota’s schedule moves closer to championship season.