Minnesota posted its best team score of the season but finished in ninth. 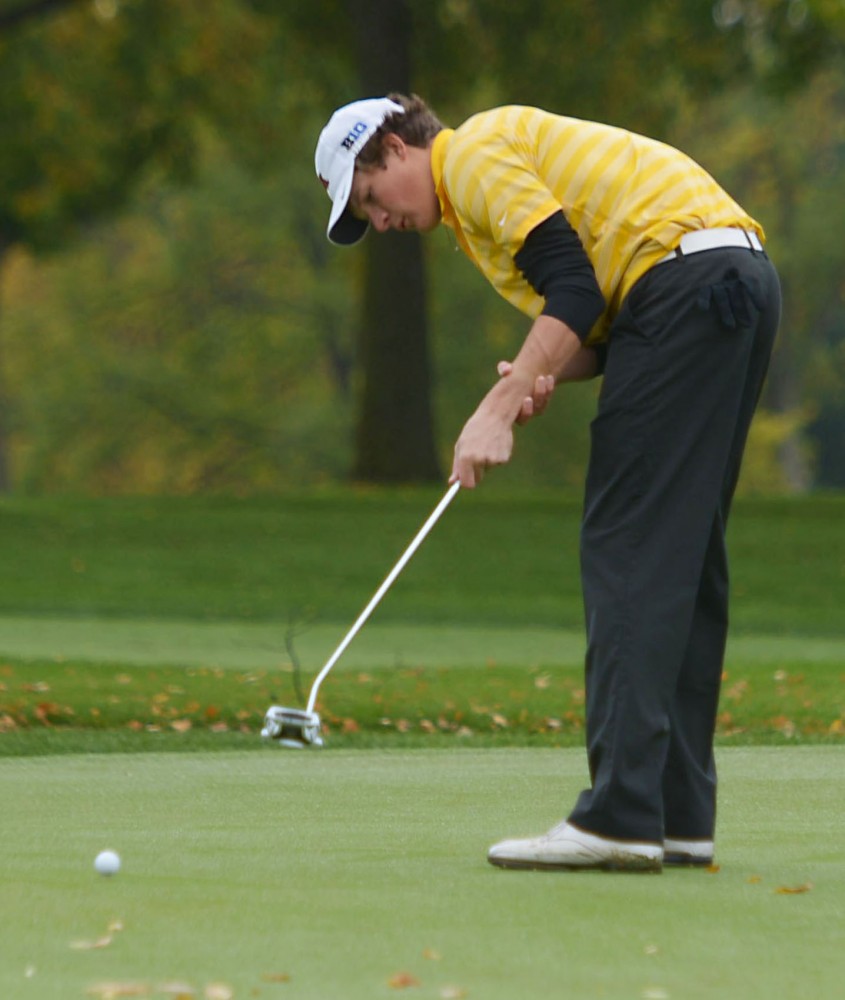 Minnesota's Alex Gaugert hits a drive down the fairway during the Alister Mackenzie Classic on Sunday, October 6, 2013 at Edina Country Club.

Though the Gophers men’s golf team posted its best score of the season, it could not compete with the top teams at the Alister MacKenzie Invitational on Monday and Tuesday.

Minnesota finished ninth out of 16 teams at the tournament held at Sonoma Golf Course in Sonoma, Calif.

“Ninth place is not necessarily indicative of how we played,” said head coach John Carlson.

He pointed out that most of his team shot under or near par, but calm winds and good course conditions led to low scores for most teams.

No. 4 California-Berkeley, the tournament host, won the team title, shooting an aggregate score of 39-under par for the three-round tournament.

“California was on their home golf course, so low scores are going to be shot,” Carlson said. “They’re one of the best college golf teams of all-time.”

California-Davis finished a distant second behind California-Berkeley with a score of 17-under par.

Senior Alex Gaugert posted the lowest score for the Gophers. He finished with an aggregate score of 7-under par for the tournament and placed ninth in the individual standings.

California’s Joel Stalter won the individual title, finishing with a score of 13-under par.

The Gophers now face a quick turnaround for their next tournament.

The team will travel to Bedminster, N.J., to play in the Barnabas Health Intercollegiate on Sunday and Monday.

Carlson said he is confident his team will continue to play well despite not having much time off in between tournaments.

“We’ll face a weaker field,” Carlson said. “But that doesn’t mean we can just walk in thinking we’re going to easily win a golf tournament.”