University police will look at video footage to find the truck driver responsible. 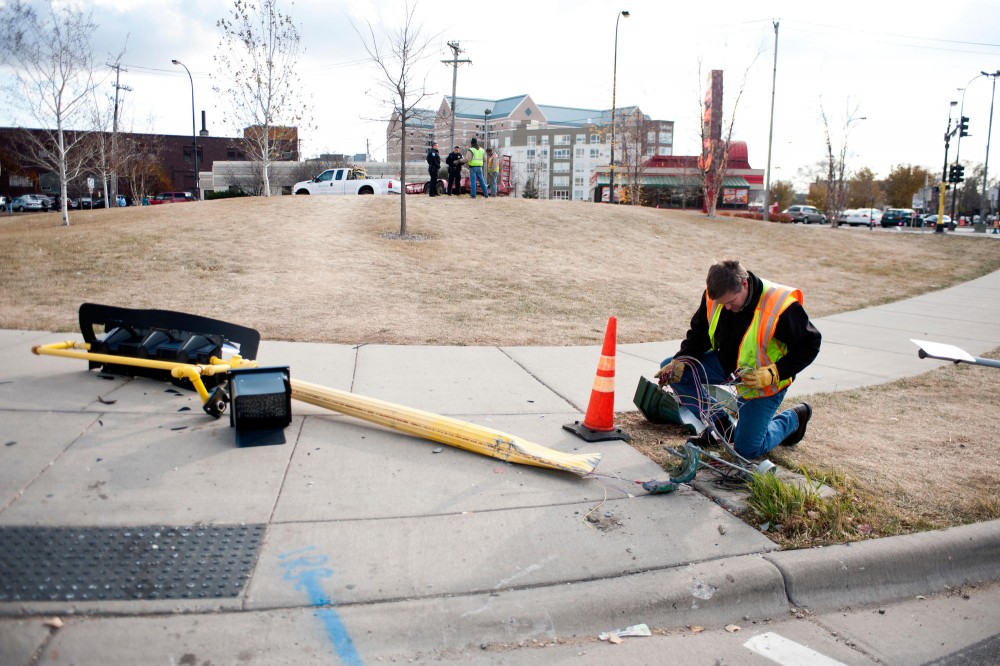 Electrician for the City of Minneapolis Joe Alford clears wires from the downed traffic light Wednesday at the intersection of Huron and University Avenues.

A semi-truck destroyed two stoplights on the corner of University and Huron avenues and then fled the scene Wednesday around noon.

University police are investigating the hit-and-run. Crews were repairing the stoplights at the corner at 2:30 p.m., which were still flashing red at that time.

According to Joe Alford, an electrician for the city of Minneapolis that worked on repairing the light, the driver of the truck âÄútook the corner too sharp and ripped the stoplight out of the groundâÄù on Huron Avenue. The truck also damaged a stoplight on the University Avenue post before leaving.

âÄúWe figured he would go and park but he just drove off, I guess,âÄù said Alford, who didnâÄôt see the accident.

University police Deputy Chief Chuck Miner said he was unsure of where the driver headed but said they would examine video taken by the stoplight cameras to find out more information.

Miner said there was one witness, but the witness didnâÄôt record a license plate number.