Ten Gophers divers participated in the meet over the weekend. 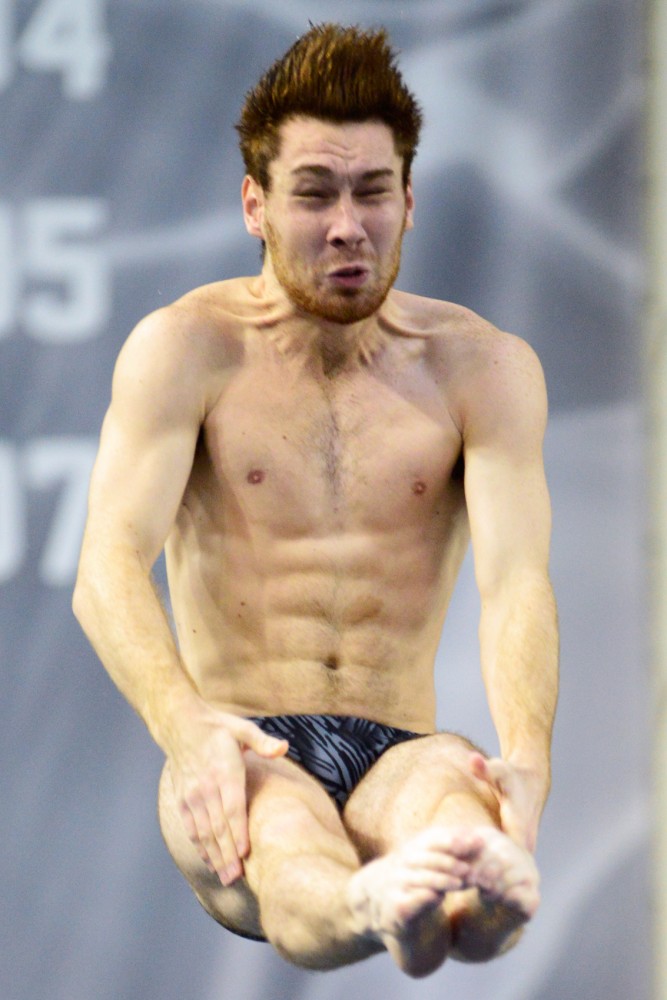 The Gophers diving teams faced their toughest competition of the season over the weekend, but managed to come away with some strong showings.

“I think we did pretty good the first two days, and [on the last day] it looked like we were a little tired,” said head diving coach Wenbo Chen. “Normally we don’t have a whole lot of platform going on, so that’s probably the reason we didn’t do well on the platform.”

Senior Yu Zhou was the leading scorer for the women’s team in the 3-meter event with a score of 334.00.

Zhou was followed by senior Lexi Tenenbaum in second with 326.90.

Freshman Sarah Bacon had a great second day of competition, winning the 1-meter competition for the women with a score of 337.10. Bacon was followed in the event by senior teammate Lexi Tennenbaum in fifth (284.55).

“I didn’t perform my best on 3 meter but I bounced back the next day,” Bacon said. “I was really happy with my performance on 1-meter. It felt great to be back diving in my home pool and to add another great performance in the books.”

The final day of competition featured the platform event. This meet was the first time the Gophers had the chance to compete in the event.

“[In the] regular season we don’t have a whole lot of opportunities to practice in competition, so it was a good thing for us to compete platform,” Chen said.

Senior Lexi Tenenbaum led the Gophers on platform in third with 253.5.

Senior Matt Barnard stepped up for the men this weekend. The senior placed fourth in the 1-meter competition with a score of 357.4 and took third in the 3-meter event with a score of 384.4.

Barnard was also the biggest scorer for the team in the platform event. The senior took home second place (369.4).

The Gophers will have Thanksgiving weekend off from competition, but will return to the pool to compete in the AT&T Winter Nationals and the Jean Freeman Invitational the weekend of Nov. 30.

“The holidays are coming up soon, but basically we need to get in shape and do more to get everybody stronger [for the Championship season,]” Chen said.