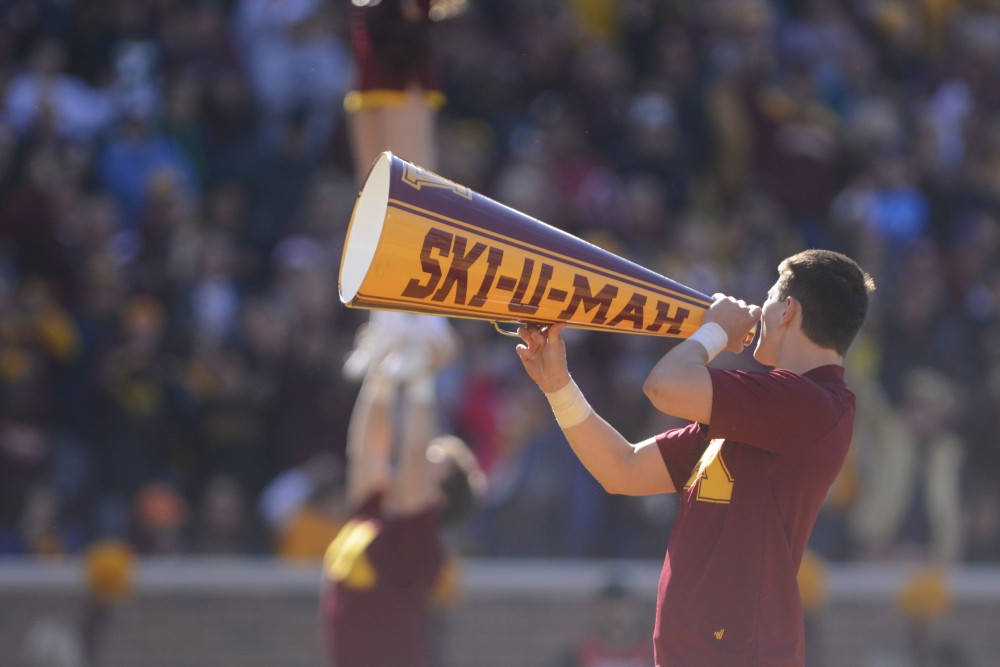 A member of the Golden Gopher Spirit Squad during the 2016 Homecoming game at TCF Bank Stadium on Saturday, Oct. 22, 2016.

Minnesota will play Illinois in its Homecoming game Oct. 21 at 2:30 or 3 p.m., the team announced Wednesday.

The matchup against Illinois will be Minnesota’s seventh game of the season and fourth conference matchup.

This will be Minnesota’s 11th game against Illinois on Homecoming. The Gophers are 5-4-1 with the last matchup coming in 2007, a 44-17 loss for Minnesota.

The time of the Gophers’ first road game of the year was also announced Wednesday. Minnesota will play Oregon State in Corvallis, Ore. on Sep. 9 at 9 p.m. The Gophers defeated the Beavers 30-23 in Minnesota’s 2016 home opener.