The Science of Smiles

A team of University researchers set out to find one thing: What makes a perfect smile? 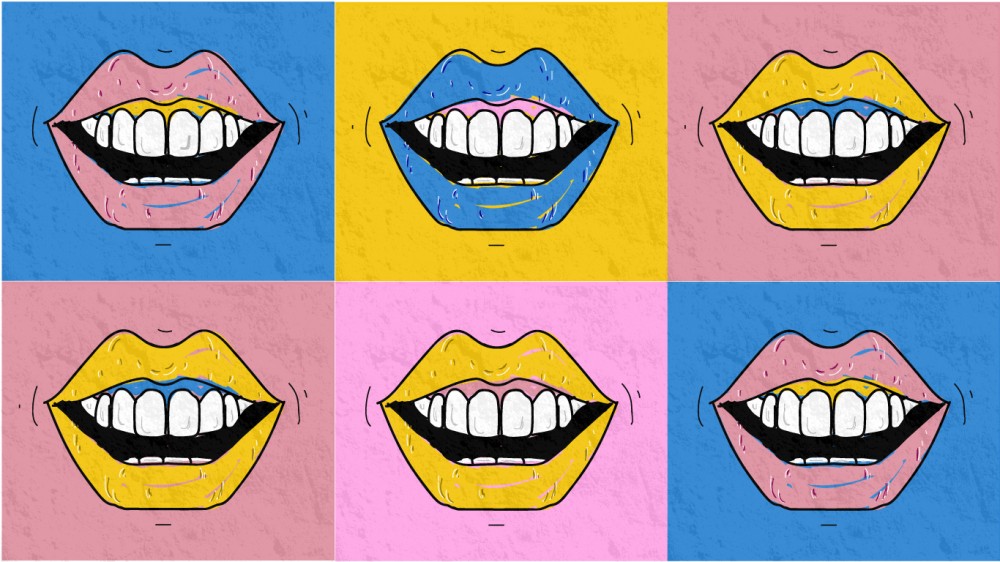 How do people perceive different smiles?

Lyford-Pike, a facial plastic and reconstructive surgeon, works on patients with paralyzed faces. She regularly makes decisions about how to change their smiles using only her judgment as a guide.

“My whole goal is to get my patients back to being engaged in the world, feeling like they can go out socially,” she said.

However, Lyford-Pike wanted a better understanding of what smiles the average person finds appealing. So she and two other University researchers, Stephen Guy and Nathaniel Helwig, headed to the Minnesota State Fair in 2015 looking for answers.

They asked about 800 people’s opinions on various smiles and published their findings in the journal PLOS ONE on June 28. They showed there is no one perfect smile, but rather a sweet spot based on three different characteristics.

A bit of teeth, a bit of an angle

The study’s participants rated smiles on a scale of one to 10 for how pleasant, genuine and effective they were, said Guy, faculty member in the University’s Department of Computer Science and Engineering.

Guy said the team cycled between 27 different smiles and presented a set to each fair goer who took the survey.

To find what makes up an ideal smile, researchers tweaked a computer-generated face. Guy said they changed three different characteristics of the smile: the width, the angle and teeth shown between the upper and lower lips.

Their research found the most highly rated smile was “medium” for all the characteristics — a smile that’s not too wide, not too narrow and with just the right amount of teeth shown — but many others were rated almost as well, he said.

For many of the smiles, it was what combination of characteristics worked well together, said Helwig, assistant professor of psychology and statistics. Low angle smiles go better with little teeth showing, but high angle smiles are the opposite, he said.

“There’s not just one good smile, there’s a range of different combinations of things that make smiles good,” Guy said.

The novelty of it all

While previous research on smiles mostly focused on still images, the University study is one of the first to examine how people perceive a smile in motion.

Lyford-Pike said a still frame of a smile does not account for a significant portion of an interaction between smiles.

These findings could have impacts on her field of facial reconstructive surgery, she said.

Harley Dresner, assistant professor in the Department of Otolaryngology, Head and Neck Surgery, said the study stood out from other facial reconstruction studies in the ways it looked at different elements that make up a smile.

People who have had facial reconstructive surgery cannot always move both sides of their mouth at the same time, which can result in a poorly received smile if the time difference is too long, Lyford-Pike said.

To account for this, they varied the length of time it took for each side of the mouth to reach the final position, Guy said.

However, their study found that asymmetry, or a tiny time difference between the sides of a smile forming — 25 to 100 milliseconds — was better than a smile perfectly in synch, she said.

“We expect a little bit of asymmetry to make the characteristic more human … it’s more human to be imperfect,” Lyford-Pike said.

Facial paralysis can affect people of all ages and lead to loss of identity, misinterpretation in communication and difficulty with personal relationships, she said.

“There’s a lot of research showing that just the inability to smile … can have a real devastating effect in terms of making you feel very isolated and depressed,” Helwig said.

Lyford-Pike said this study’s data could help her choose the right type of surgery for a patient, help patients learn the best way to smile to reflect emotions and accommodate for their limitations and help train those with facial weakness.

Guy enlisted Lyford-Pike and Helwig’s help to find other uses for the study’s findings, especially in the field of video game graphics and in-game characters.

Game developers often use one artist’s smile for every character, he said.

“That can diminish … some of the engagement,” Guy said, “if you’re traveling all around some fictional world and everybody has the same animation all the time.”

Understanding what makes a good smile mathematically will let him tweak artists’ renditions and program variety into games.

The team chose the state fair to represent a wide variety of views on smiles, but it brought some unavoidable complications.

“One of the things you need to be mindful of is that alcohol can change your perception,” Guy said.

This didn’t ultimately have a large effect on their results, he said. The team excluded people who had over five drinks, and only eight people who took the survey had four or more drinks.

Other factors played a role in the study as well, he said.

The use of computer-generated smiles was one of its biggest limitations, he said.

In the future, the team hopes to address this limitation and expand the study to include cultural perception differences.