‘I am the Cornbread, and the blues is my thing’ 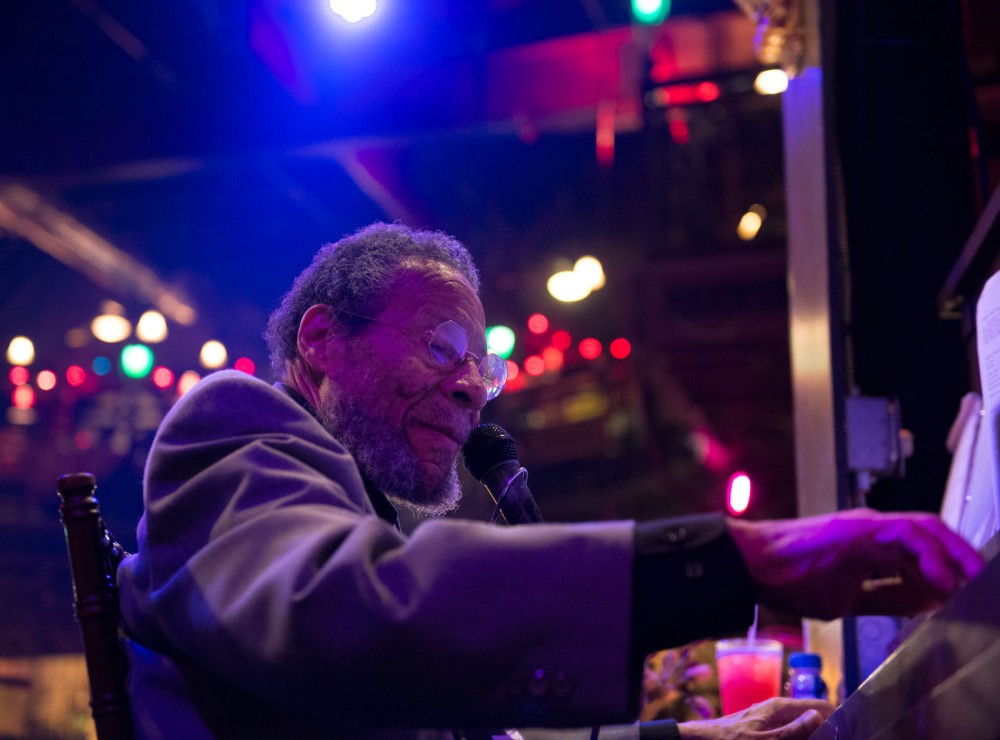 James "Cornbread" Harris Sr. draws a crowd of regulars every Friday, some of whom come just to see him play. Some fans come from as far away as Georgia and Mississippi.

Don’t get it twisted: If your name is James “Cornbread” Harris, 86 is not too old to play the blues. Cornbread has been playing the piano and singing straight from his soul since he was a kid, and he still plays today with a Friday residency at Loring Pasta Bar.

“I am the Cornbread, and the blues is my thing. I can play it all day and all night,” Harris said.

Harris started playing piano in grade school. After his wrists were slapped with a ruler one too many times for hitting a wrong note, he gave it up and tried sports. When that failed, he enlisted in the U.S. Army, at which point he returned to the piano and picked up simple songs as he went along.

While posted at Fort Snelling during World War II, Harris spent a few hours every day entertaining fellow soldiers on the piano in the day room.

He bounced in and out of foster homes around the country. His parents died when he was young, but he remained optimistic and persevered. His faith still keeps him humble while simultaneously providing motivation.

Harris said faith and the blues are what kept him out of trouble when he was growing up in the racially-divided neighborhoods of 1930s St. Paul.

Calling Harris a blues legend is not an overstatement. He was inducted into the Minnesota Blues Hall of Fame in 2012, where he accepted his “Blues Legend” award. But the recognition hasn’t tampered with Harris’ humility.

Music theory is of no concern for Harris, and he pays little attention to notes on sheet music. For Harris, it’s all about the feeling.

Gracefully gliding his hands up and down the keys of his piano, Harris improvises most of his songs, but that doesn’t stop him from playing some popular songs in a familiar way.

“Sometimes you have to play fans something they know,” Harris said.

During his set last Friday night in Dinkytown, a man requested “It Had to Be You,” and the song served as the backdrop to his marriage proposal.

Harris’ Friday night residency with his quintet at the restaurant has made Loring Pasta Bar a destination for blues enthusiasts on Friday nights.

“I have a lot of people come in and ask just to see Cornbread,” hostess Margo Winter said.

Harris’ guitarist, Dave Hofgren, drives him to their weekly gig because the living legend’s vision is worsening with age. According to Hofgren, they’ve been playing together every week for the last 15 to 20 years — proof of Harris’ loyalty and dependability.

Harris hasn’t let age take away his passion for music. It’s hard to believe that the man on the piano is 86. Harris stretches his fingers daily to make sure he can still perform as well as ever before. As long as there is a piano in reach, Cornbread will be playing the blues.