Alison Scott back from maternity leave 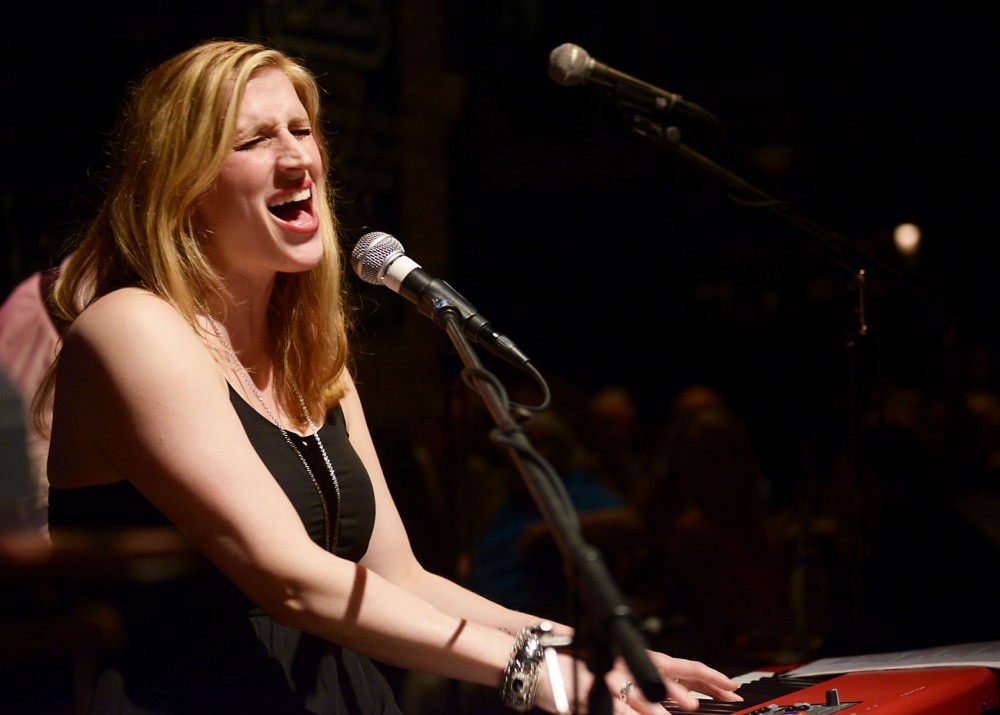 Alison Scott performs on Saturday, June 22, 2013 at the Dakota Jazz Club and Restaurant in downtown Minneapolis.

The packed audience at the Dakota cooed and aww’d when Alison Scott put a picture of her 12-week-old daughter Grace on the television monitors.

“Nothing sells merch like babies,” Scott’s guitarist and producer, Kevin Bowe, quipped before taking the stage during Scott’s first public performance since having her daughter.

While she admitted to nerves and some butterflies in the weeks before her return, by the time she broke into a rendition of TLC’s “Waterfalls,” any lingering thoughts on her composure were dismissed.

It was hard not to notice the adverts for Macy Gray’s performances the next two nights and even harder not to think, “So what?” after Scott’s bombshell voice demolished the cozy confines Saturday night.

The TLC cover stood out and showcased Scott’s versatility: part power ballad, part pop, powered by lessons learned from heartache and belted with the sultry force of a woman who was born singing — sort of.

Scott went to McNally Smith College of Music for musical theater, a decision that proved fortuitous when she was perusing alumni emails one day. A songwriting contest caught her attention, and, with no thought of winning, she entered.

One of the judges for the competition was Bowe, who had a meeting with Scott shortly after — they’ve worked together ever since.

Bowe is Bill Murray if Bill Murray was Kevin Bowe. His goofball demeanor is the perfect foil for Scott’s composed stage presence. Bowe introduced one song by reminding the audience that “good artists put three songs on an album about their wife, metal artists will do two about their girlfriend.”

It’s in moments like those between songs that the audience is reminded that these are just regular people — with tremendous talent.

They closed with “Smash and Grab,” a rockin’, whirling dervish of a number that compares relationship woes to a bit of impassioned thievery.

Scott admits that ballads are what come most naturally to her when she sits down to write, which is unfortunate since Scott is at her most compelling when the drums are pumping.