University students discussed voting and issues impacting them ahead of the Nov. 6 general elections. 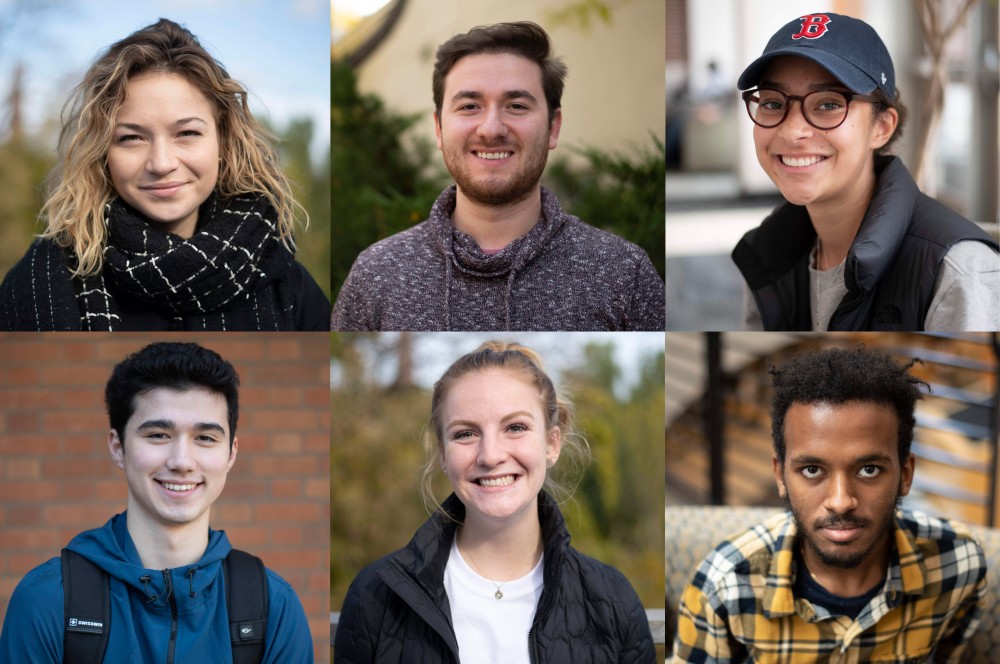 The Minnesota Daily spoke with University of Minnesota students ahead of the Nov. 6 midterm elections. Students discussed what issues matter to them and voting on campus. November’s midterm election will be Moberg’s first time voting. She’s registered to vote, but doesn’t have specific candidates in mind to support this election cycle.

“I’ve been meaning to read on stuff, but I don’t know. Cost of tuition is a big issue for me. I’m liberal. This weekend, actually, I’m planning on reading on all the candidates because I’ve heard good and bad things about both sides.” “I’m not really excited to vote because I still don’t know who I’m going to vote for and all that. I’ve talked to my friends about voting and stuff, and everyone tries to convince me who to vote for. But then, most of them are from Chicago, so we’re voting for different people. … I live in [17th Avenue Residence Hall] on the sixth floor, which has a social justice [Living Learning Community], so a lot of them are really into politics, and I’m not at all. They’ve gotten me thinking more about it, but I don’t like thinking about it. I like to keep my opinions to myself, so they like try to get me to say my opinions and I don’t want to.” “Whether it’s on social media or posters I’ve seen around campus, everyone’s really talking about it. You really have the chance to vote for something you care about and your opinion does matter. … I’m kind of nervous personally because politics was never a big topic in my home. It really [only] came up during election season, and that was with my family or in school. Looking into candidates and knowing so much about them, especially on the local level, is something that I’ve never really known how to do … it’s kind of a learning process.” “I want there to be a focus on health care and health insurance. More talks about Syrian refugees and resettlements, or any other refugees. Things related to taxes, and kind of a general sense of inclusion or a lack thereof, regardless of race, ethnicity, sexual orientation. … I’m registered to vote. I’m definitely excited about this election season because we get an opportunity to … fix what we think needs to be fixed or keep what we think needs to be kept. It’s also a little scary because the previous elections were unprecedented. The polls didn’t reflect what actually came to fruition. That’s kind of a little scary because you don’t know how that’s going to turn out.” “I personally feel that people are so sick of the political climate right now; it’s so polarized and people actually want to take action … and people are genuinely hearing these things happening and have an impact. … So many of my friends actually didn’t vote in this past presidential election because of their personal preferences and candidates and everything.” “I feel like this season has really seen people wanting to get involved, and with my friends it’s going to be the first time or second time they are actually voting … they’re seeing everything that’s going on and saying, ‘I’m going to be a part of this, I’m not just going to sit by.’ And even though it’s not a big election, they know it still affects things. … Even within local communities, even though we aren’t affecting national things, we are representing who we are here.” Mason is 17-years-old and is not eligible to vote in the midterm elections.

“A lot of high schools are anti-PSEO because they lose a lot of funding for students who take part in it. I’m on the outreach and advocacy [committee] for the PSEO Student Association here on campus, and I think we’re trying to work with Tim Walz. And if he were to make it into office, we’d be working with him to implement changes in PSEO policy. … We’re hoping he gets in office because if he does, we’re hoping he has some influence over certain changes with PSEO.” “This election season, I’m really influenced by this [Brett] Kavanaugh stuff. It really sucks that he’s in the Supreme Court. Also, some environmental things with the [Donald] Trump administration, his discredit of the [Environmental Protection Agency] and basically trying to refute climate change, which is recorded by scientific evidence. … I’ve seen a lot more people involved in this election compared to last time, because of the current administration. People want to put their vote to work.”