To hell and back with Jessi Zazu

The lead singer of Those Darlins talks about the mental and physical process behind her art. 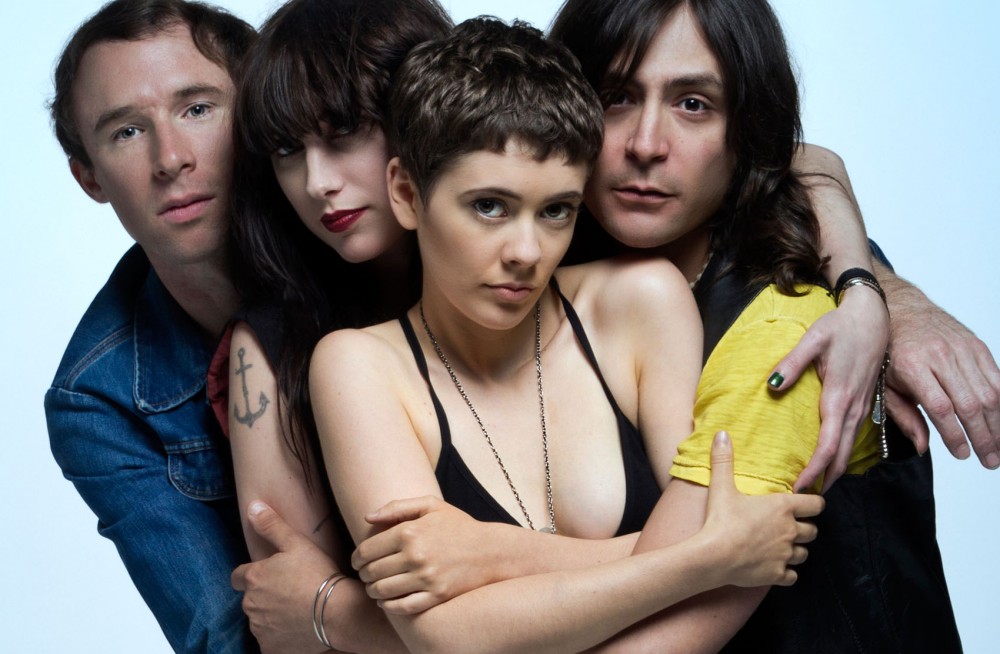 Photo courtesy of Those Darlins.

Photo courtesy of Those Darlins.

Jessi Zazu is best known for singing and playing guitar in Those Darlins, a garage rock band from Nashville, Tenn. But lately she’s been drumming up attention for a different venture.

In August, she exhibited 40 of her large-scale oil pastel gesture drawings, most of which are self-portraits.

She originally began the series simply to improve her drawing but quickly realized that it also helped her dig deeper with song writing.

Many of the songs on the band’s third and most recent album, “Blur the Line,” come from Zazu’s drawing and journaling sessions.

The band has come a long way since their self-titled debut album, which has much more of a country twang and includes lyrics like, “I got drunk and I ate a chicken.”

Zazu talked for almost an hour about her drawings, songwriting and how much of herself she puts into her art. At times it seemed like the conversation was another one of her long art therapy sessions, as though she was hashing out some thoughts that never quite made it onto the page or canvas.

Can you tell me a little bit about the art that you’re doing outside of the band?

My parents are both artists, and I had a pencil in my hand since I could hold a pencil. I’ve always been someone who does a lot of different kinds of visual art, especially drawing. I would definitely say that I have more years on that than I do on playing music.

I also had my first art show this year. It was 40 pieces out of a body of like 250 drawings that I did over the course of the time that I was writing the album. I was doing a lot of self-portraits, and it was like looking at myself in the mirror, literally. … It was a whole other way of facing myself.

Drawing would take my brain into a way more abstract visual place that would help me with the writing. I pushed myself a lot further with my writing than I had ever done before.

They’re very similar. With writing or drawing, I have to create my own little world, basically, and I have to have all these things in line before I can do it. It sounds really stupid, but my room has to be clean. I can’t let my brain go really out there and abstract and unravel if my room is unraveled. I have to have eaten and feel good and have complete silence or instrumental music. I always burn some sage. It’s literally like a ritual that I go through. It takes me a good hour to get to this certain spot where my brain is free flowing and everything just comes out.

But I found with the drawing I can get there quicker. With writing you’re actually writing words. It’s so much more black and white in terms of what is coming out of you.

Whenever I’m in the exact right mode of getting these drawings out, it’s like a meditation where I look at the subject and don’t really look at the paper.

What would you write about?

I keep talking about this one space that I would get to. It’s kind of like a magic turning point that I feel like is just inspiration. But to get to that point, there’s all this other crap that I would have to get through.

Every once in a while I would just pause and think about something from my past and just dwell on it. Instead of just sitting there and thinking about them, I would make myself do a whole journal session just on that one memory and try to write down every single thing I could think of. They were sort of like these demons that would haunt me. And I would write it all out as honestly as I could and it stopped blocking me.

It’s seems kind of like a mantra that you’re going through when you’re journaling.

Yeah, I would also say that it was sort of like a self-cleansing of these rotten spots that are in my soul and in my mind. It’s like taking the things you wish you didn’t remember, you wish wasn’t in your mind, and you’re like, “Why do I always think about this?” And then going, “Ok, I’m going to sit here and over-examine this moment that I cannot even stand to think about.”

I had to look at myself in the mirror and attack these nightmares. Even though you look at yourself in the mirror every day and put your makeup on and fix your hair and whatever, you’re not really looking. You’re used to seeing that face. But when you really look at yourself and then you have to draw yourself. Most people have a really hard time drawing a portrait of themselves that actually looks like them because our views of ourselves are actually so distorted.

I noticed that none of my drawings really look like me. A lot of the time, if I was feeling some way about myself, it would reflect in the drawing. And the same thing with the writing.

Have you ever had a drawing come out that did look like you?

A lot of people have said they all look like me, but they all look like weird glimpses of me. That’s what’s kind of cool about the show that I had. The pieces don’t really stand on their own. It makes so much more sense together.

It’s like when you take pictures of people and you go, “That picture doesn’t even look like you.” It’s hard for me to even tell. I can’t really tell you which ones look like me. My friends can say. But I still don’t have a really good perception of what I look like.

Which song on this album is the most personal for you?

“Blur the Line” was weird because that night was a really crazy night. I was alone and by myself. But I went to hell and back, basically. I found out a lot about myself that I didn’t even know. It was really scary, but it was also like baptism. I can’t even describe it.

The next day I went into practice … and I remember thinking, “I don’t even know if I can be around anyone right now without crying.” But luckily my band mates, we’ve been through hell and back together as a group so it didn’t really matter. We hadn’t really talked or anything and then all of a sudden, it just hit me.

They were setting up or something and I was just like, “Hold on a second,” and I went over to the couch, sat down, pulled out my notebook and I just wrote the entire song. I took excerpts from all the journaling I had been doing the night before, but I wrote the entire melody right there. Within 10, 15 minutes, all in perfect order, everything was there. As soon as I wrote it down, I got up and I was like, “OK, let’s play this right now,” and I showed it to them and we played it and it became a song instantly.