Multiple arrests made at Somali Night event at Northrop

UMPD and MPD responded to an incident at a Somali Student Association event Friday night. 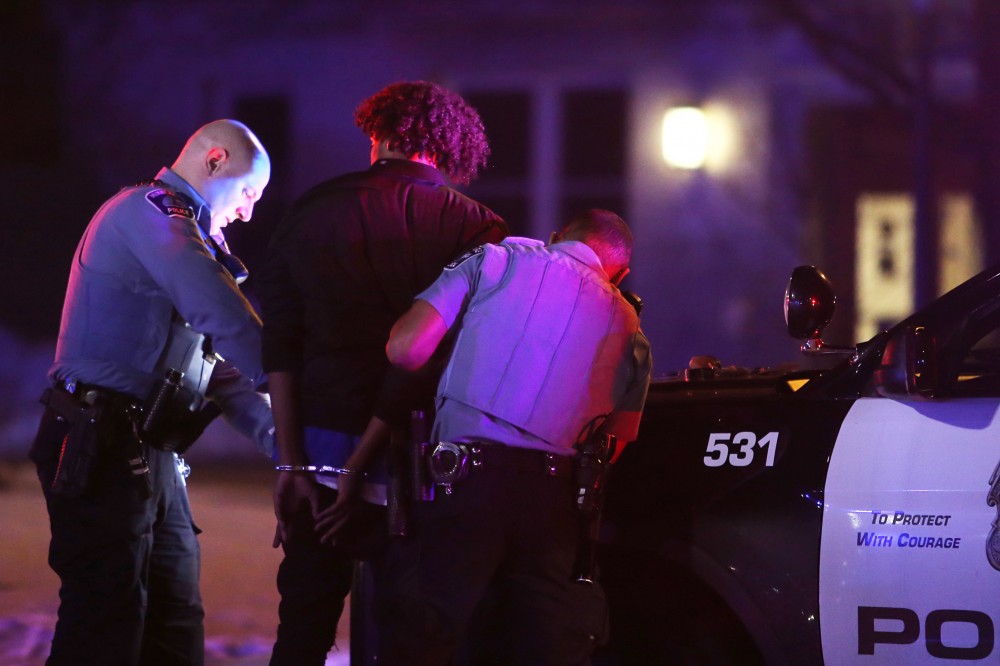 Officers arrest a person outside Northrop on Friday, April 20, 2018. The Minneapolis Police Department and University of Minnesota Police Department responded to a disturbance at Northrop following the Somali Student Association's Somali Night event.

SSA members were hosting their Somali Night event at Northrop auditorium when the police were called on a disruption, said MPD spokesperson John Elder. Elder said MPD, who were called in to assist UMPD, made two arrests for misdemeanor obstruction.

Somali Night is an annual celebration of Somali culture and marks the end of the student organization’s Somali Culture Week initiatives. This year’s event marked SSA’s 20th year on campus. Over 150 people said they were attending, according to the event’s Facebook page. “During the event, a fight broke out between attendees in the lobby, and UMPD were called to resolve the situation, but the event was able to continue,” University spokesperson Lacey Nygard said.

Around 20 police cars were present at the scene.

On social media, many said police used excessive force to usher attendees out of the building, but the Minnesota Daily could not confirm these reports.

Somali Night was an absolute joy to be a part of. Our team worked tirelessly & it was beautiful. Our audience was PERFECTION, and the way the cops handled the situation was unacceptable. I’m sorry for anyone who was hurt or traumatized by them. sending you all my love & prayers.

Carter Blochwitz and Ellen Schmidt contributed to this report.