The Minneapolis rockers impress with their debut L.P. 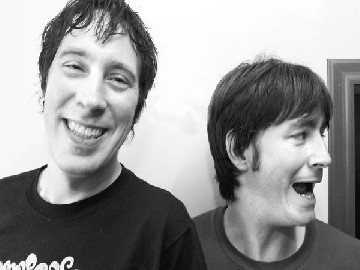 Gay Witch Abortion ALBUM: âÄúMaverickâÄù LABEL: Learning Curve Records Naming a band Gay Witch Abortion is a double-edged sword. First, itâÄôs both a spectacular and horrendous entry into the band name lexicon, a name whose unique duality is an absolute guarantee to attract curious music fans. The tricky part, though, is with that instant piquing of interests, a band with such a name is either going to define itself as a legitimate contender or a gimmicky throwaway. ThereâÄôs just no middle ground. Thankfully, MinneapolisâÄô own Gay Witch Abortion has harnessed their nomen de awesome and are firmly cemented as scene fixtures. The two-piece rock outfit consists of Jesse Bottomley on guitar and Shawn Walker manning the drums. Together, they cultivate a sonic identity that summons what the hypothetical raping of The Black Keys by Big Black might sound like. The result is a relentless and uncompromising breed of breakneck sludge rock thatâÄôs only occasionally peppered with BottomleyâÄôs so-so vocal drone. But the relative absence of singing from GWAâÄôs approach is almost certainly by design, because their sound functions best as a pure, simple two-piece rock assault. Now, after toying with fans for years by not releasing a record, GWAâÄôs debut LP finally arrived in the form of âÄúMaverick .âÄù âÄúMaverickâÄôsâÄù opening number, âÄúAsleep With Giants,âÄù is a crash course in GWA and, in turn, the album itself. It features the finger-bleeding pace and distortion-addled vibe of BottomleyâÄôs guitar attempting to tear out of the massive wall of sound that is WalkerâÄôs drum work. Essentially, GWA thrives in their ability to make minimalism enormous. Other standouts include the surprisingly hooky âÄúYour Own MilitiaâÄù; the epic tempo shifting of âÄúChurch BuffetâÄù; and the inter-splicing of machine gun riffing with slashing surf rock chords in âÄúCurses.âÄù During the discâÄôs weaker moments, of which there are very few, GWA strays into distracting and pointless territory âÄî the ambient noise of âÄúUnblinking SunâÄù and the sampling of mooing bovine on âÄúGroup ThinkâÄù being prime examples. Gay Witch Abortion currently sit comfortably as one of the Twin CitiesâÄô premier underground bands, so expectations were very high for âÄúMaverick,âÄù and the band does not disappoint. In an indie scene ripe with ironic kids trying constantly to out-iron-ify one another, the unbridled, earnest and uncompromising rock of GWA is a breath of fresh air and, perhaps, a testament to BottomleyâÄôs and WalkersâÄô advanced ages (theyâÄôre in their mid-30s). To call them merely a rock band, though, is unfair. ItâÄôs the chances they take and the sound-defining murky tone they employ that keep âÄúMaverickâÄù wholly unsafe and undeniably exciting.