The one-woman tragicomedy focuses on Jennifer Jajeh's struggle with identity in an East vs. West world. 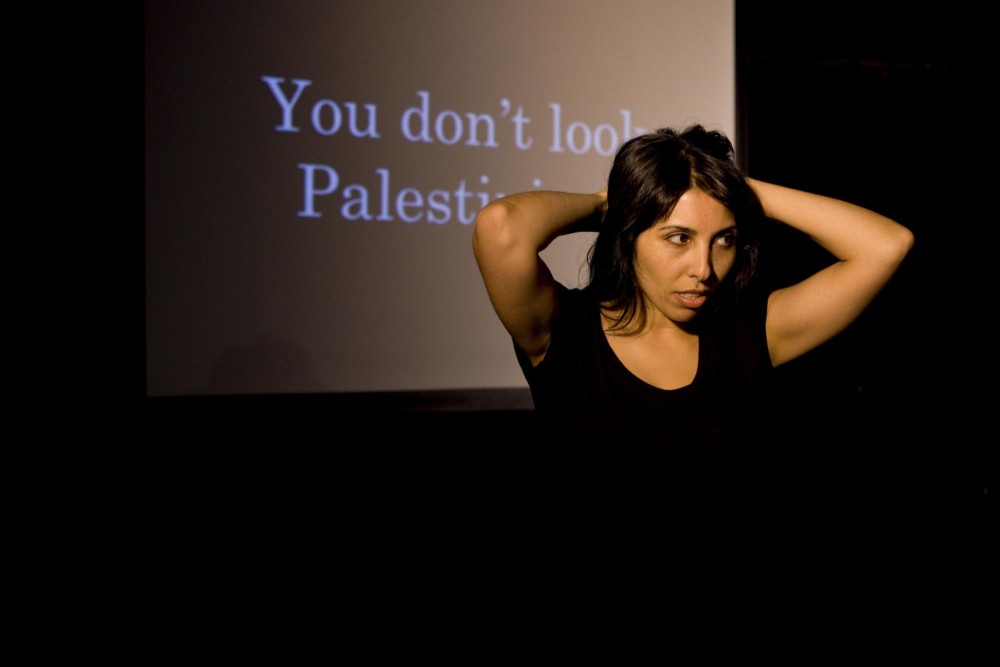 WHAT: âÄúI Heart Hamas and Other Things IâÄôm Afraid to Tell YouâÄù WHEN: Premiere Thursday, 7:30 p.m.; runs through Feb. 28 WHERE: Bedlam Theatre, 1501 6th St. S. PRICE: $15 Here in ethnocentric America, many donâÄôt know their Hamas from their llamas. Most of those who do know of the Palestinian-Islamic socio-political organization know little beyond their thorny and interminable war with Israel. But if there is one way that America likes to learn about a culture, it is through an engaging story about an individual. Few know this better than Jennifer Jajeh, whose one-woman tragicomedy, âÄúI Heart Hamas and Other Things IâÄôm Afraid to Tell You,âÄù which opens Thursday at the Bedlam, attempts to plot a course through the vast landscape of Palestinian identity. The performance is as candid as its title, as Jajeh takes the audience on a humorous and alarming odyssey through her childhood as a Palestinian-American in San Francisco, and her decision to move to Ramallah, the capital of the Palestinian National Authority. There, she goes to auditions, the Ramallah convention and on irony-sacked dates with Jewish boys, all in an effort to tackle the complex problem of an increasingly polarized world of East vs. West. âÄúI created the show because I wanted to let people know what it was like being a Palestinian-American in todayâÄôs world,âÄù she explains. âÄúThe biases I deal with, the ridiculous and often humorous situations that result from carrying such a loaded identity, the feeling of being trapped between two worlds and the arresting reality of whatâÄôs happening on the ground in Palestine.âÄù Despite her complicated identity, or perhaps because of it, Jajeh finds it difficult to be overwhelmed by tragic international news through the deluge of global terrorism threats and the incessant hostilities between the Israelis and the Palestinians. But by telling her own story about a single, Christian, first-generation, Palestinian-American woman, she is able to make sense of all the nationalistic nonsense by making sense of herself.