Learning music from the locals

The Whole's Making Music series returns, bringing with it The Bad Plus' Dave King. 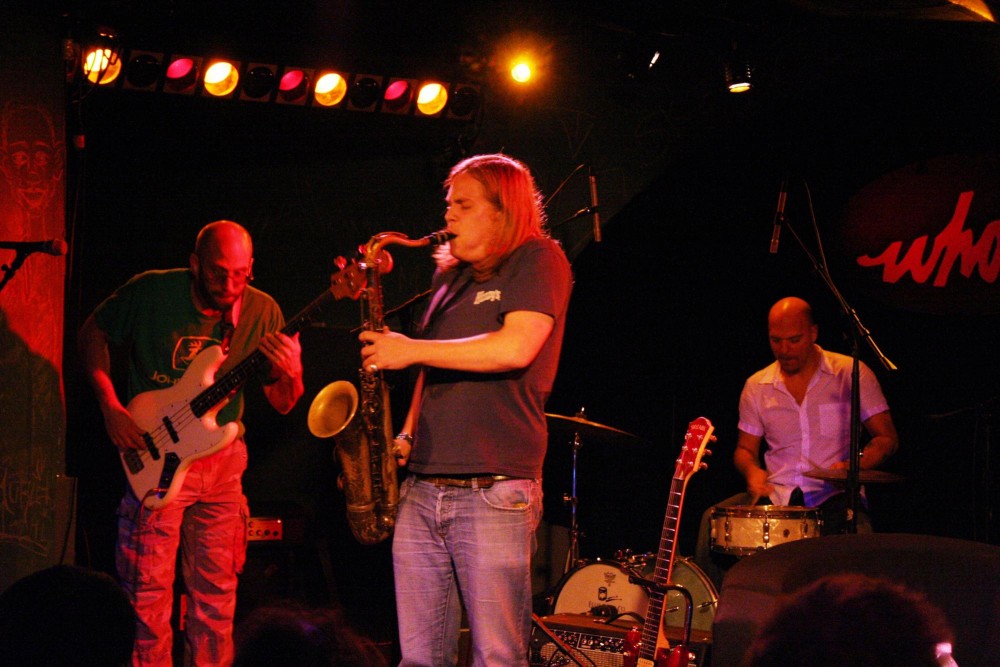 WHAT: Making Music: Dave King WHEN: March 11, 7 p.m. WHERE: Walker Art Center, 1750 Hennepin Ave., Minneapolis TICKETS: Free at Hennepin Lobby desk ItâÄôs become increasingly easy to create music in the digital age, but itâÄôs still just as hard to make a career out of it. ThatâÄôs where a little sage wisdom can come in handy, and The WholeâÄôs Making Music series allows attendees to gain insight into the mechanics of the career trajectories of musicians of all stripes. Now in its 11th season, the Making Music series features performances accompanied by interviews and down-to-basics song deconstructions. Artists not only discuss their beginnings but also show firsthand how their origins shaped their later work (Lazerbeak played a âÄúFraggle RockâÄú 7-inch that inspired him as a child). The showâÄôs moderator, JG Everest, keeps the tone fairly casual. EverestâÄôs investment is more personal than it would be for most; he majored in history at the University of Minnesota, did promotion and booking work for The Whole and now finds himself immersed in the local music scene with bands like Roma di Luna and Vicious Vicious. For Everest, Making Music is a rarity because of its informality. âÄú[ItâÄôs] a chance to really get to know the artist as a person in their neighborhood, just like the âÄòSesame StreetâÄô song,âÄù Everest said. They may not be Muppets, but this seasonâÄôs guests are talented regardless. The April 8 show features Mankwe Ndosi, a vocalist/poet/actress currently making the rounds with Atmosphere. The following show on April 28 brings in So Percussion, a group of Brooklyn cats who bang the hell out of all manner of items. On March 11, the series makes a quick move to the Walker Art Center for the appearance of Dave King (The Bad Plus). âÄúWe wanted to do something special to celebrate our fifth anniversary, and since King was my very first guest back in February of 2005, this seemed like a perfect way to do it,âÄù he said. DonâÄôt worry, itâÄôs still free. King already discussed his humble origin story the first go-around, so this time heâÄôll riff on his newest projects, Golden Valley is Now and The Dave King Trucking Company. WhatâÄôs more, heâÄôs likely to perform with âÄúexpectedâÄù special guests. Hmm âÄ¦ Who could that be? Whether itâÄôs at the Walker or The Whole, Making Music is still living up to its creed. The shows are intimate and instructive, and many would pay handsomely to see them. LetâÄôs hope the schoolâÄôs finance department doesnâÄôt figure the last part out.