The model has its own set of challenges, but the studio is looking to expand. 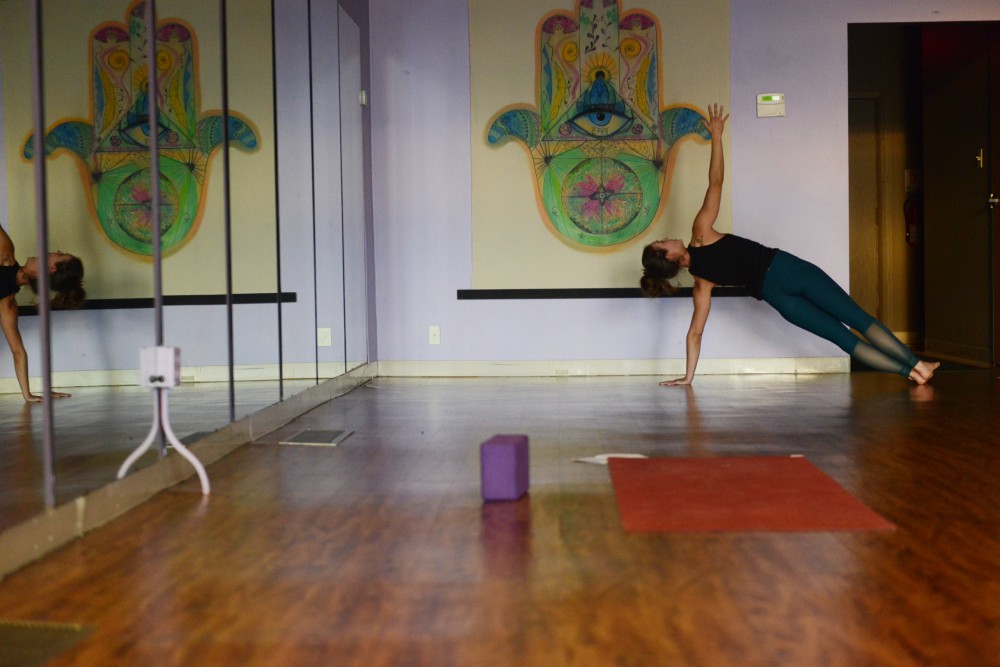 Despite the success of other similar studios in the Twin Cities, Yoga Sol’s “pay what you can” business model makes it unique.

Husband-wife team Flor and Peter Frey opened Yoga Sol in northeast Minneapolis in May of 2012 and it remains the only studio in the Twin Cities funded fully by donations. The model is rare due to its unique challenges, but Yoga Sol owners and clients think the business has thrived.

Co-owner Flor Frey said Yoga Sol’s business model is a response to how “prohibitively exclusive” modern yoga can be.

“A typical yoga class will cost about $22 … our average class is about $10,” said Frey. “Yoga Sol is able to make yoga accessible to people when financially it’s … more difficult for them.”

Because of this added accessibility, roughly half of Yoga Sol’s students are new to yoga, Frey said, and their clientele is fairly diverse.

“It’s a really eclectic crowd … you’ve got the university students and then you also have an older crowd,” said Yoga Sol Teacher Meghan Foley. “We have a lot of men there as well. [Other] studios can be predominately women.”

Frey said running a business based entirely on donations means payroll varies each month — Yoga Sol teachers get 50 percent of the donations their classes bring in, but most of the curriculum is specially designed by each of the studio’s teacher.

Frey said this incentivizes instructors to make better classes, and helps fight the stigma that donation-based yoga is lower-quality.

“[Teachers] really have a lot of freedom,” said Foley. “You can always guarantee that you’re going to have a really unique experience with every teacher.”

Despite the reduced security that comes with their business model, Frey said she doesn’t worry about not making enough money because clients appreciate the freedom of choosing their price.

She said the biggest challenge now is the studio’s rapid growth. Demand for Yoga Sol classes has risen so drastically, instructors have turned people away due to scarce floor space.

“If it’s a business that has a real tight user community, I think there’s potential to [succeed],” Stavig said. “It’s a sustainable revenue model.”

He said this is just another example of a business getting creative to use client loyalty for support, similar to how public television or radio works.

Dylan Stanton, a student at Yoga Sol, said the community really sets it apart from other studios.

“We are 100 percent reliant on student donations … our community knows that and is excited to contribute to something that is so life-giving to them.”