The technology uses a camera to see how light interacts with patients' retinas. 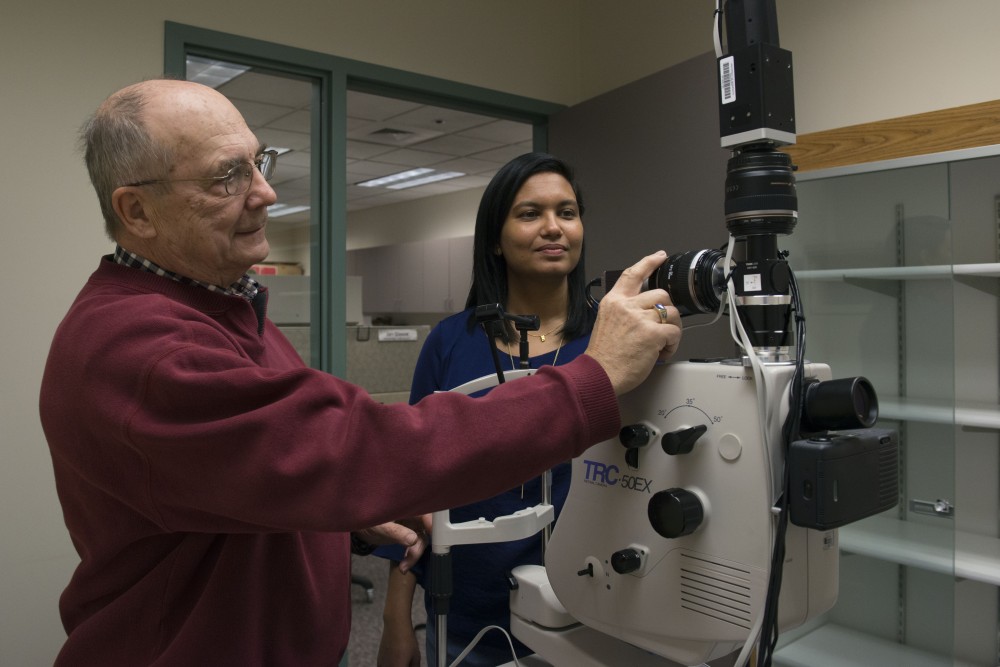 New technology developed by University of Minnesota researchers will make it easier to detect the early stages of Alzheimer’s disease.

Researchers and advocates hope the study, which just entered clinical trials, will shed light on the disease and medication design.

“Our goal is to detect the disease as early as we can, which will help in the progression and the success of treatments as well as drug discovery,” said co-lead researcher and University professor Swati More.

The technology — created by University researchers from the Center for Drug Design — uses a camera to collect images of light interacting with the retina, which can show the early presence of Alzheimer’s.

The team has been working on this technology for the past four to five years, initially testing on mice, More said. Over the past year, they started conducting trials on humans and hope to submit the study for publication soon, she said.

The Center for Drug Design’s Director of Administration Elizabeth Wolfson said the team has received requests about the study from external companies hoping to use the camera.

The earlier someone knows they have Alzheimer’s disease, the sooner they can be more cautious about their health and make appropriate lifestyle and diet changes, More said.

Plus, early diagnosis can lower levels of anxiety, a common initial symptom of Alzheimer’s, said Carla Zbacnik, the vice president of marketing for the Minnesota-North Dakota Chapter of the Alzheimer’s Association. This also allows patients to connect with treatment and resources sooner, she said.

Age is the biggest contributor to common Alzheimer’s symptoms, including memory loss, so early diagnosis increases patients’ chances of benefitting from treatment, Zbacnik said. Those diagnosed with the disease can also enroll in clinical trials — like the University’s — which are key to finding a cure.

There is currently no cure for Alzheimer’s, and no way to stop the progression of the disease upon diagnosis. The researchers from the Center for Drug Design hope their efforts toward early detection will be a significant step in the search for a cure.

“Alzheimer’s is a tsunami coming at us, and it is a public health crisis. We all have a brain, so we are all at risk. Everyone is impacted,” Zbacnik said.