The woman fell 30 feet into an empty metal grain bin. 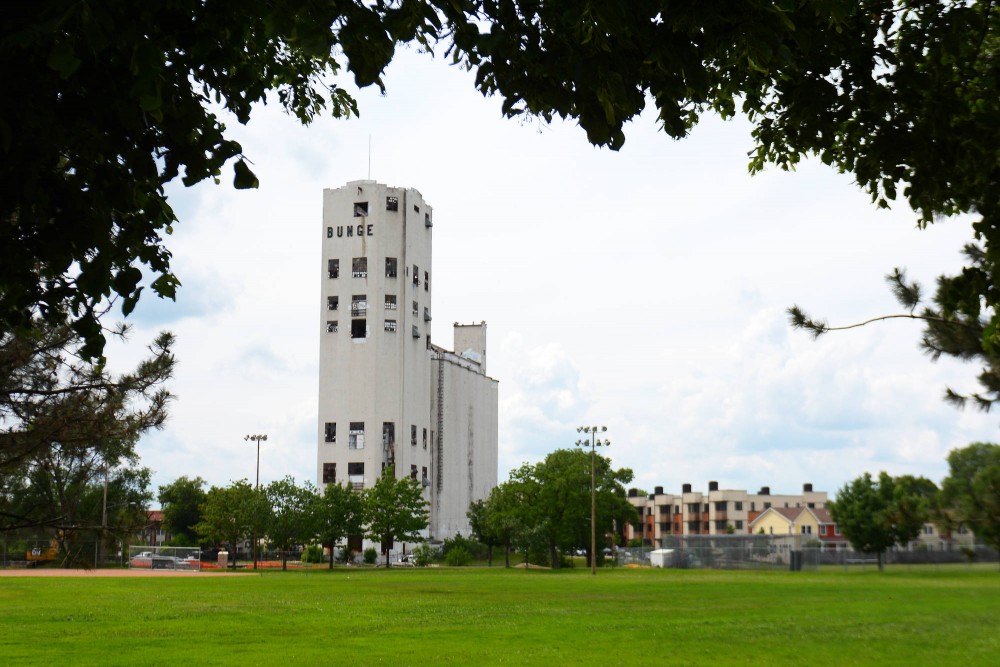 A woman fell to her death in an abandoned Southeast Como grain elevator late Saturday night, the Minneapolis Fire Department said in a statement Sunday.

The woman was trespassing in the Bunge Grain Elevator, a block west of Van Cleve Park, with two college-aged friends

She slipped through a debris-covered hole and fell three stories from about 140 feet above the ground into an empty metal grain bin, said Deputy Chief Don Leedham.

MFD crews responded to the fall just before 10 p.m. They worked for about two hours to remove the woman. A Hennepin County Medical Center doctor was also lowered into the grain elevator to administer care to her, the statement said.

“Unfortunately, in spite of [their best efforts], the victim passed away as a result of the severe injuries suffered from the fall,” the statement said.

The woman’s identity has not been released.

The building is a hotspot for urban exploration. In 2006 University of Minnesota student Germain Vigeant fell 100 feet to her death in the same elevator, which has been vacant since 2003. Last year, a man was rescued from a similar fall in the Fruen Mill in west Minneapolis.

People sometimes force their way into the Bunge Grain Elevator, which has had several doors welded shut and plywood covering other openings, Leedham said.

“People will be people from time to time and push the envelope and get into things where they shouldn’t be,” Leedham said. “Unfortunately, this can be the end result. It’s devastating for their family, obviously, and everyone involved.”

Urban exploration affects college-aged adults most, who are looking for adventure, Leedham said.

“It’s not only trespassing, so it’s illegal, but it’s also very dangerous,” he said. “The message just has to get out to avoid these places.”